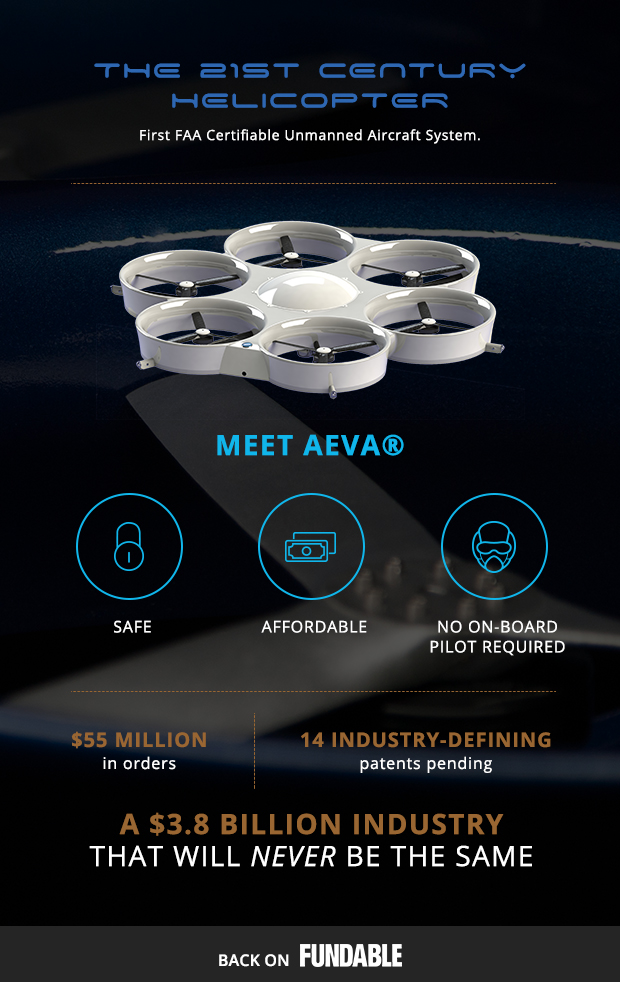 In other words: AEVA® is the 21st century replacement for the helicopter, and a gateway to a future where:

Emergency response can have eyes on the scene within 90 seconds of a 911 call to assess dangers while ground responders rush through traffic.

Oil and gas companies can more safely monitor their pipeline for about 1/10th the current costs.

Amazon, Target and Walmart can safely deliver packages without trucks or the dangers associated with open rotor drones

Power lines can be inspected for icing or mechanical failures almost instantly, anywhere in the country, without sending personnel into the field 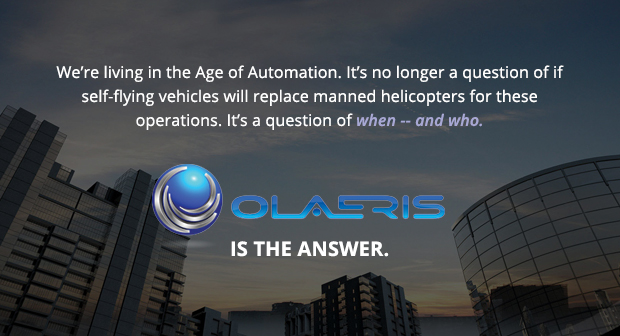 With AEVA®, Olaeris is building more than a product: they’re setting industry-defining safety standards with the FAA, that future competitors in the “UAV” market will be forced to follow.

Replacing manned helicopters with AEVA® in these applications is about more than a desire to live in some science fiction version of the future: it has a very real, very powerful impact on operations across a wide range of industries and applications.

People are looking to drones to fill this gap, but here’s the problem with that thinking: the FAA can never allow those toy drones to work in open airspace. They flat-out don’t have the engineering or safety backups, and they pose a serious risk to other aircraft.

That’s where Olaeris comes in. They’ve developed the first unmanned aircraft with the functionality to perform those missions  affordably, efficiently and, above all, safely -- without being a risk to other air traffic. 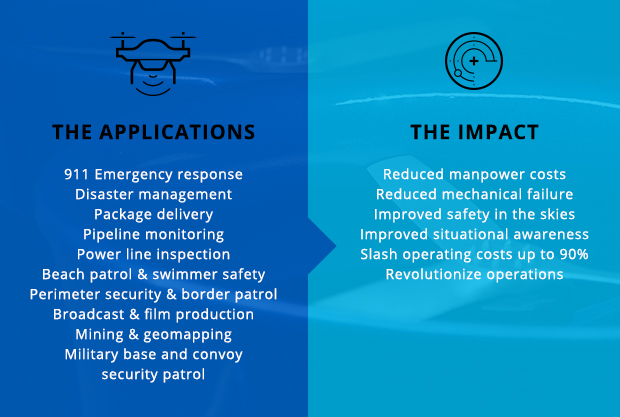 The helicopter industry is already stepping into the future with Olaeris. Helicopter operators who know their market and their customers are already ordering AEVA in preparation for completing FAA certification because they see the advantages:

With AEVA®, Olaeris is answering the call.

The industry is ready. Customers are lining up. 2016 has been a watershed year for Olaeris -- and momentum is building toward even bigger and better things to come.

March 1st, 2016, Olaeris officially unveiled AEVA® at the Helicopter Expo – the largest helicopter expo in the world. The response was like a nuclear explosion on the show floor. Leaders from the helicopter industry recognized the game-changing implications of the technology -- and they lined up to
be a part of it.

10 weeks after unveiling AEVA, Olaeris had secured $42 Million in orders. 6 weeks after that, Olaeris has over $55 million in orders, which will also create $30-$50 Million in long-term service and maintenance contracts. Customere are aviation industry veterans -- dealers and distributors of world-renowned brands like Bell, Boeing and Airbus, with deep relationships to downstream corporate customers. They know their business, they understand what Olaeris means to that business, and they want to position with our technology. And those are just a few early adopters!

In addition to those purchase agreements, the Olaeris team has already engaged leading names like FedEx, DHL, Amazon, BP, Chevron, ESPN and FOX about usig AEVA® for their operations. They’re also engaging municipal governments in more than 100 cities about how Olaeris can help to revolutionize emergency response in their cities.

AEVA® is protected by one of the most significant intellectual property portfolios in the unmanned aircraft space. Olaeris has 14 patents pending, plus one for their proprietary duct design that creates more lift efficiency than any other design, resulting in longer flight endurance and heavier payload capability. 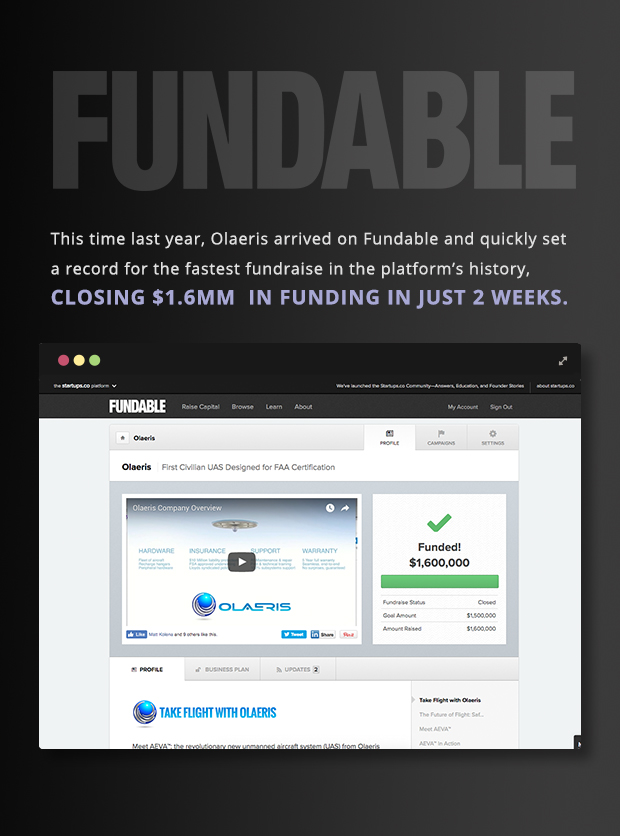 Up next for Olaeris: the company is undergoing type class certification with the FAA like conventional aircraft -- a certification that will make AEVA® the first civilian unmanned design to be classified as an aircraft, rather than a drone.

Once certification is completed, the switch will be flipped, and the pathway will be clear for Olaeris to lead the way into the future of commercial unmanned aerial vehicle applications.

JOIN US at the dawn of a new era in aviation and we’ll prove that unicorns really do fly. Request access to the Business Plan tab and discover more that won’t be published here.

AEVA® is the first aircraft of its kind built to define how unmanned aircraft will operate in the civilian commercial space.

You may have heard that the FAA recently released a 600+ page rulebook for commercial drones.

That’s not what we’re talking about with AEVA®. AEVA® is the first unmanned aircraft of its kind to be classified as an aircraft, rather than a drone or UAV -- clearing the way for Olaeris to operate under exactly the kinds of conditions that are prohibited to drones under those new regulations. 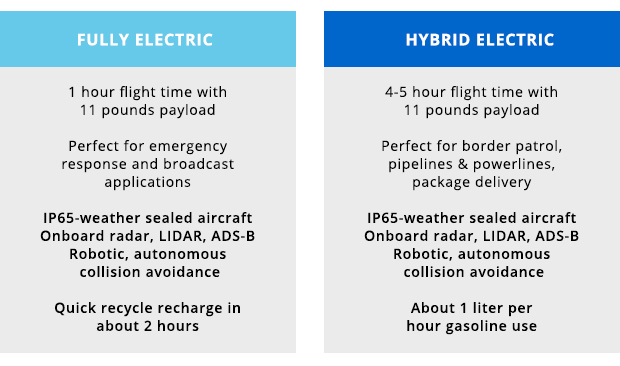 Look closer at AEVA® and you’ll notice a wide array of industry-defining features -- many of them protected by our expanding IP portfolio -- currently 14 patents pending and counting.

Obstacle avoidance
Onboard obstacle avoidance technology automatically detects collision threats and navigates around them without pilot assistance. First of its kind in the industry.

Rugged design
AEVA® is completely weather-sealed, designed to withstand even the harshest weather conditions without water, salt, sand, dust or corrosive  substances penetrating the hull or damaging the aircraft. She can fly in conditions when even a helicopter can't.

High-grade aerospace engineering
All Olaeris components are manufactured by partners that produce parts for the leading aircraft brands of the world. NADCAP and ISO9001 certified.

The story of Olaeris is far from your traditional startup success story. The CEO provided his own $400K in early stage funding, then recruited founders and advisors from around the world by cold calling top talent that shared his vision.  The company is based out of Raleigh, North Carolina -- on the opposite coast from Silicon Valley -- because NC is a global aviation hub and has a wealth of aviation engineering talent.

When asked about what excites him most about Olaeris -- what gets him up each morning excited to go into work -- CEO Ted Lindsley had this to say:

Ted Lindsley – CEO
Ted Lindsley is a serial entrepreneur with a passion for developing solutions that push the boundaries of technological innovation. Prior to founding Olaeris, Ted's previous venture was a robotic satellite dish manufacturing company and satellite Internet Service Provider (ISP) very similar to the Olaeris business model, which was sold to Andrew Corporation on the Nasdaq. In his early career, Ted spent 13 years headhunting C-level executives, top business development candidates and key I.T. talent for more than 50 startup companies, as well as companies well known on the Nasdaq today. He has been fascinated by helicopters since the age of ten when he tried (unsuccessfully) to build one in his parent's garage. Who could have predicted he would eventually reinvent the helicopter for the 21st Century. 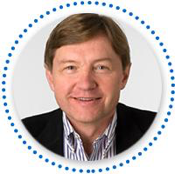 Michael Hentschel – CFO
Michael is a technology growth manager with 30 years of hands-on corporate management and finance expertise including more than 12 years Venture Capital work in Silicon Valley. Some of his notable accomplishments include five IPO's, CFO of public and private firms, a 10-year equity fund track record of 25%+ p.a. and countless startup, Board member and growth projects. He has held full-time management and advisory positions in many client companies, including assignments as President, CEO, COO, CFO, VP of Development, and VP of Sales. 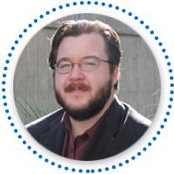 Dr. Paul Pounds, VP of Engineering
Paul built the largest multi-rotor UAS in the world in 2007 and is considered by many to be one of the world's foremost experts on VTOL unmanned aircraft designs. He also did the first groundbreaking work on grasping and manipulating packages using multi-rotor aircraft while completing his Post-Doc at Yale University in 2010. His original high-efficiency rotor designs have been copied by others in the industry but his true value to Olaeris is in the experience and knowledge that he did NOT publish during his academic career. In June 2016, at the age of just 32, Paul was granted full tenure status at University of Queensland’s Robotics lab. 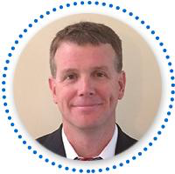 Michael Dodd, General Counsel
With more than a dozen patents already pending that extend beyond AEVA® into other industries, Intellectual Property is a part of our DNA at Olaeris. Michael has drafted and filed nearly 500 original U.S. patent applications during his career and prosecuted hundreds of patent applications in the United States as well as foreign jurisdictions. His extensive experience in interview practice before the U.S. Patent Office and defending claims with examiners is an important asset to Olaeris. He also has extensive experience negotiating and drafting licensing and other types of technology transfer agreements which will become necessary as other companies begin to license and integrate Olaeris technology into their own products.