Breakthrough in microbiome mining for the next frontier in therapeutics 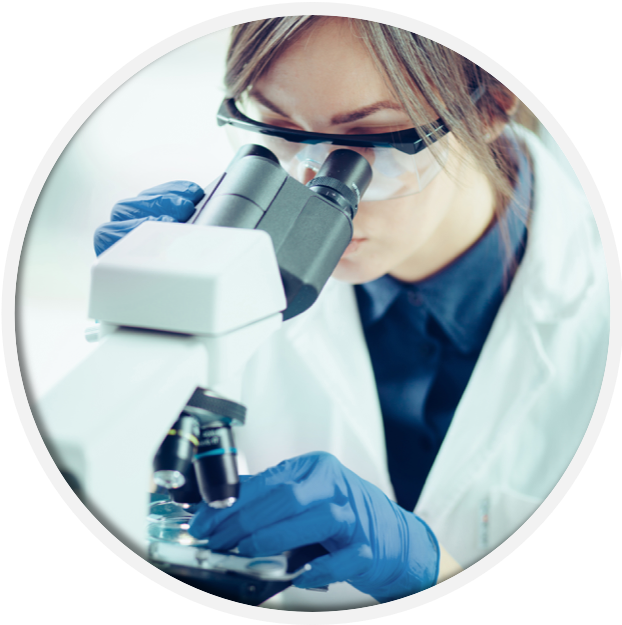 Biosortia Pharmaceuticals is unlocking the next frontier of chemistry for discovering new, groundbreaking drugs faster and more affordable, by enabling unprecedented access to microbiome chemistry. 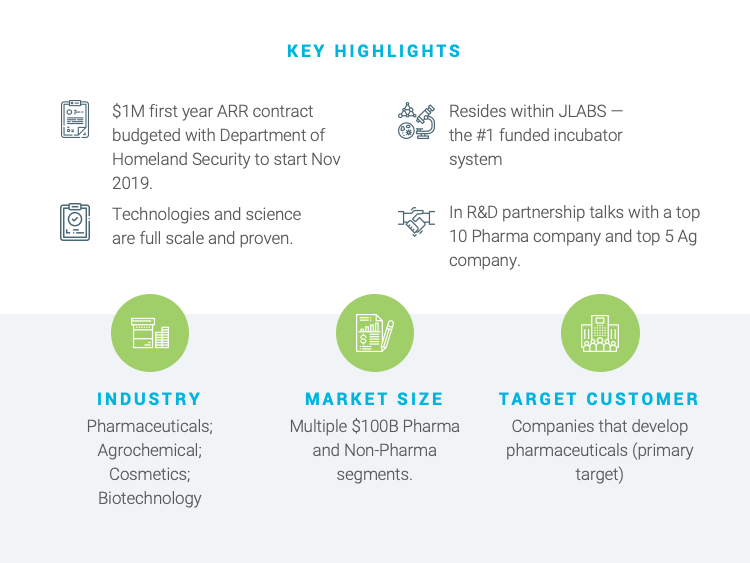 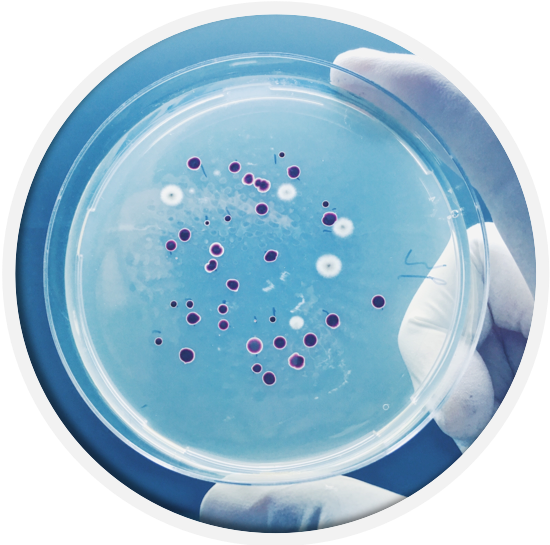 When it comes to their ability to produce bioactive small molecules for the development of groundbreaking new drugs, microorganisms remain unrivaled.

Chemistry obtained from culturable, or lab-grown, microorganisms have proven to be valuable therapeutic starting points — leading to more than 50% of approved drugs on the shelf.

Recovering microorganisms from their natural habitat were previously unsuccessful because they are small, fragile, change rapidly, and all previous technologies failed.  Less than 1% of microbes on the planet can be grown in a lab.

Research has spent billions on genomics but these investments have not led to many new drugs due to incomplete information.

Biosortia obtains natures hidden chemistry with a small molecule technology that is at full scale, peer-reviewed, and award-winning.

Biosortia is addressing this barrier with innovative, IP-protected, and proven new technology making it possible to go into the natural world and grab previously unattainable microbes where they live - at greater capacity, and far more affordably.

Biosortia unlocks access to the other 99% of this resource, the richest chemistry on earth for the discovery of first-in-class small molecules as potential solutions to high priority unmet needs for human health.

How is Biosortia driving this extraordinary leap forward in the discovery of starting points for new drugs and products across pharmaceutical, agriculture, consumer/cosmetic applications, and numerous other global industries? 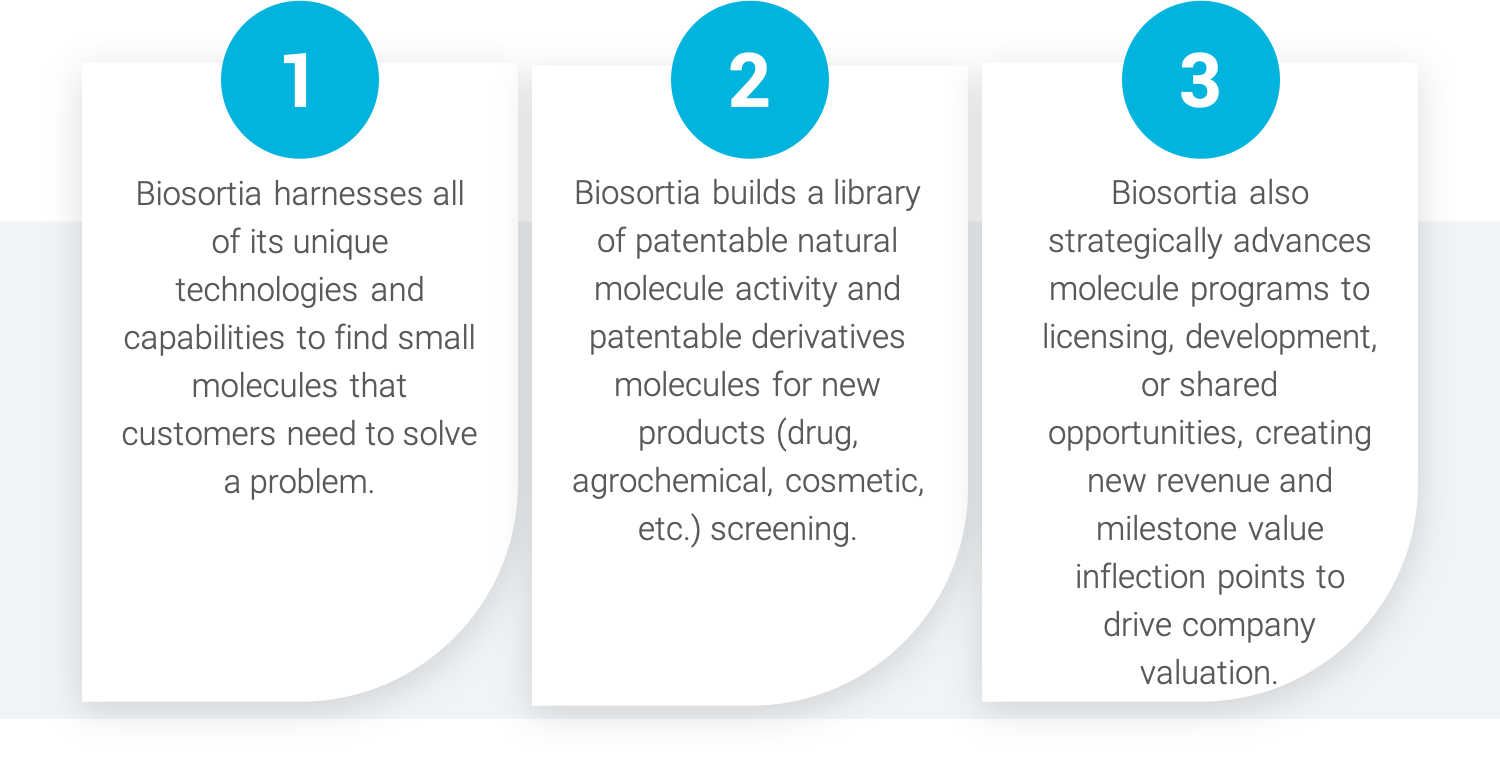 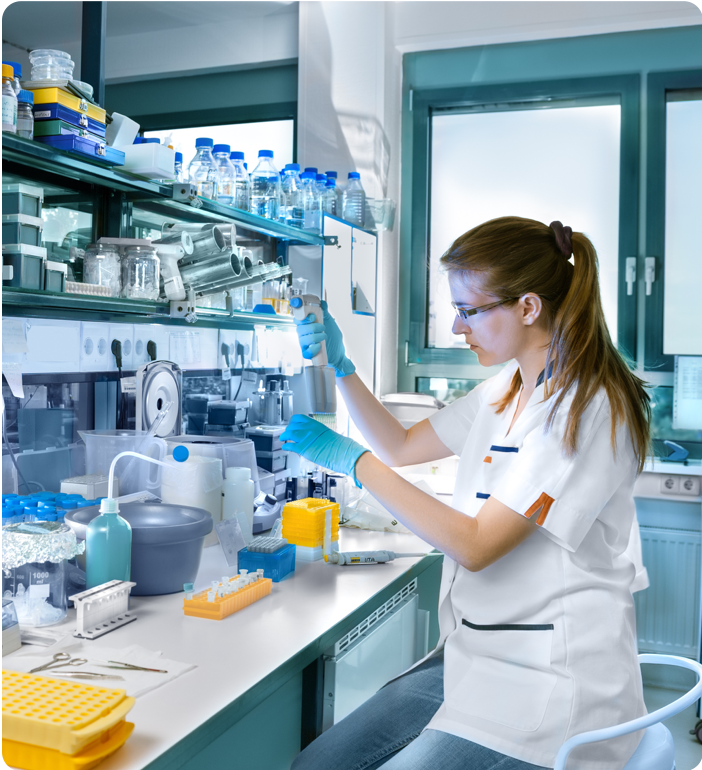 Biosortia’s ability to recover active microbiomes at quantity, and quality, is creating massive opportunities to explore the next frontier of chemotherapeutics. Biosortia is poised to bring about world-changing new products, technologies, knowledge, actionable data, and all new markets.

As Biosortia builds its library, the potential for its technology expands far beyond the ability to work with researchers globally on various therapeutic areas such as anti-cancer, immunology, infectious disease, and metabolic disease.

Going forward, our technology will allow Biosortia to tap into numerous additional major market opportunities spanning longevity, cosmetics, and agricultural products - expanding what science has had in access and knowledge to microbes by 100X what we have today. 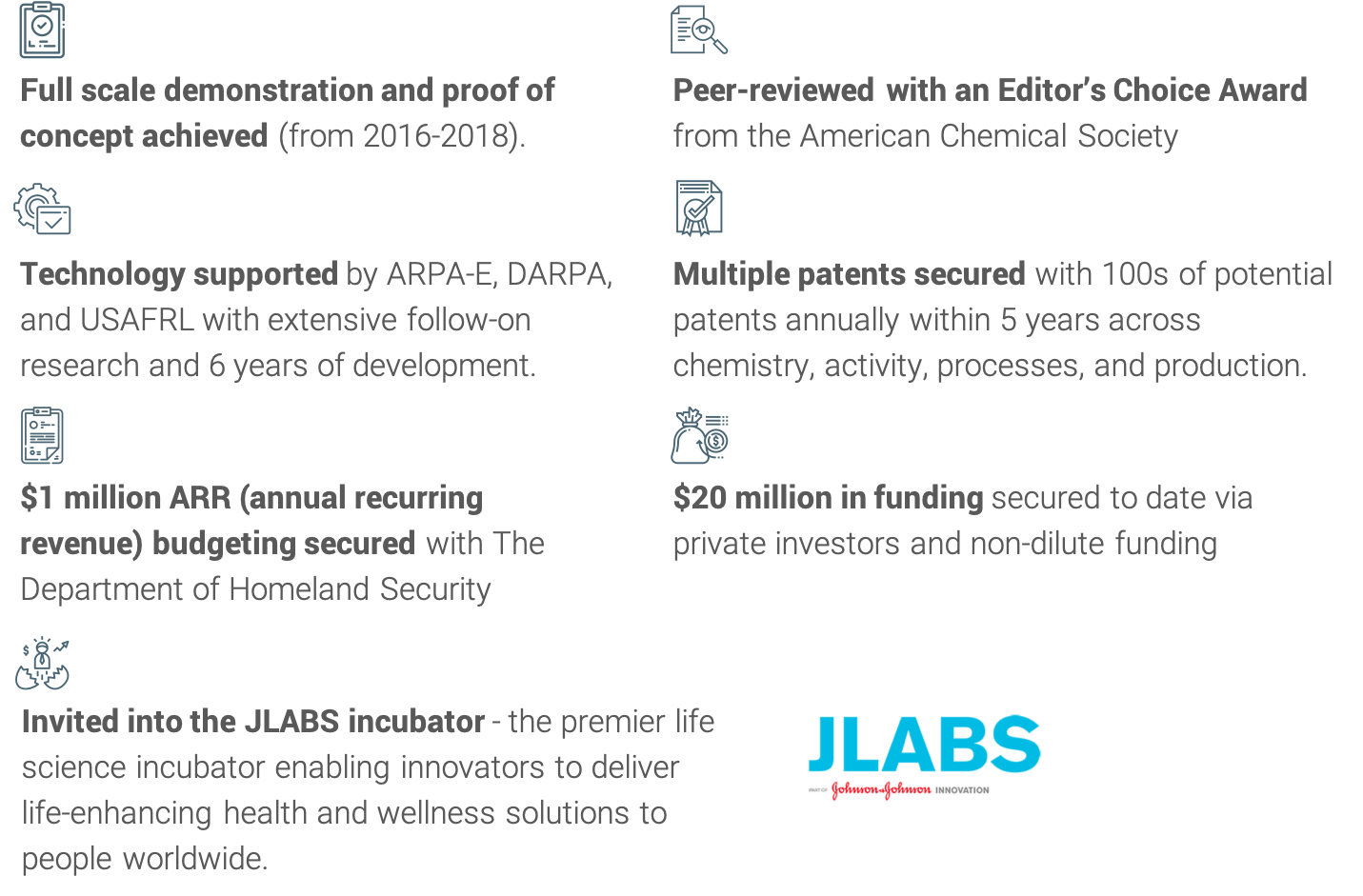 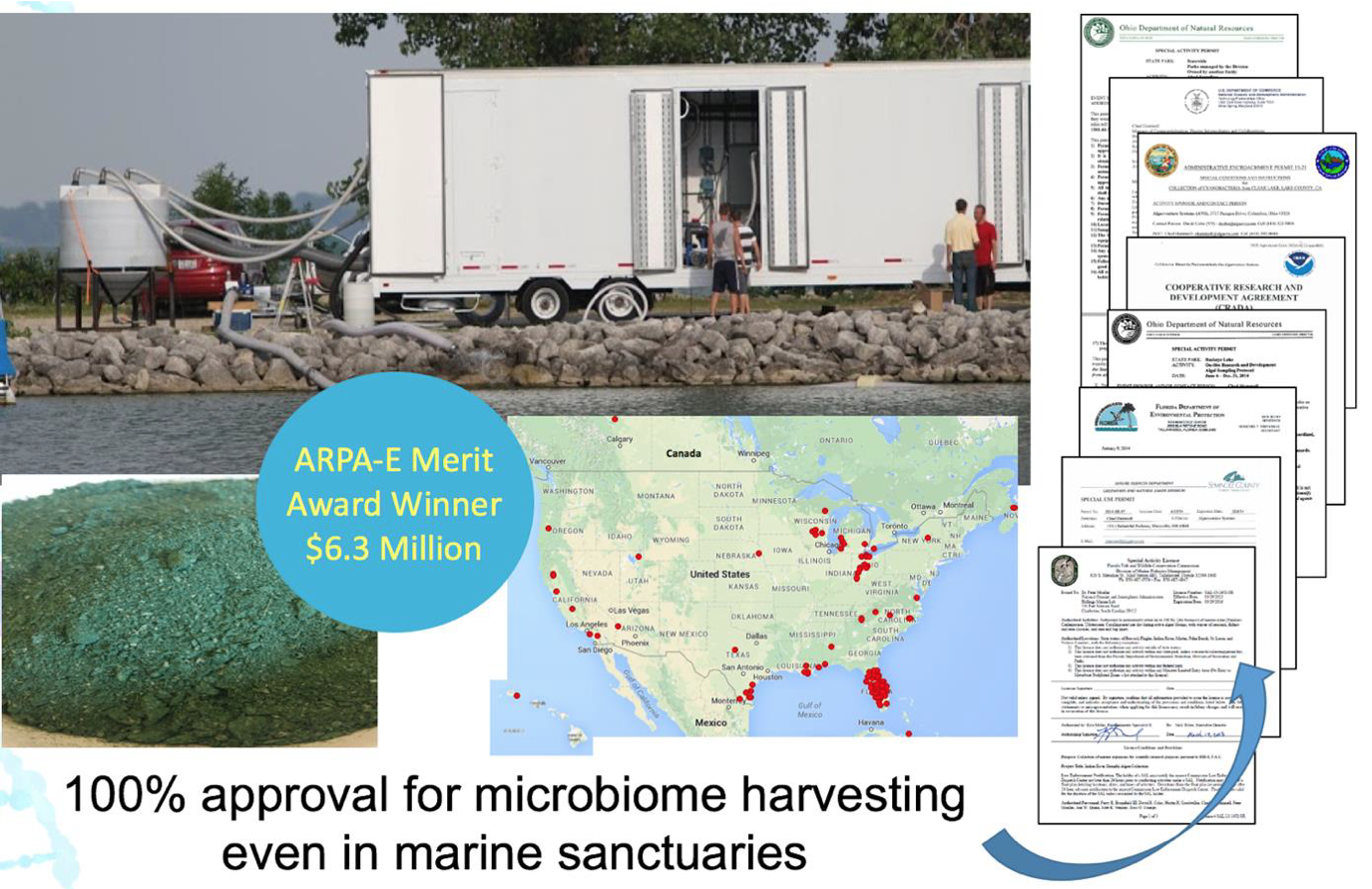 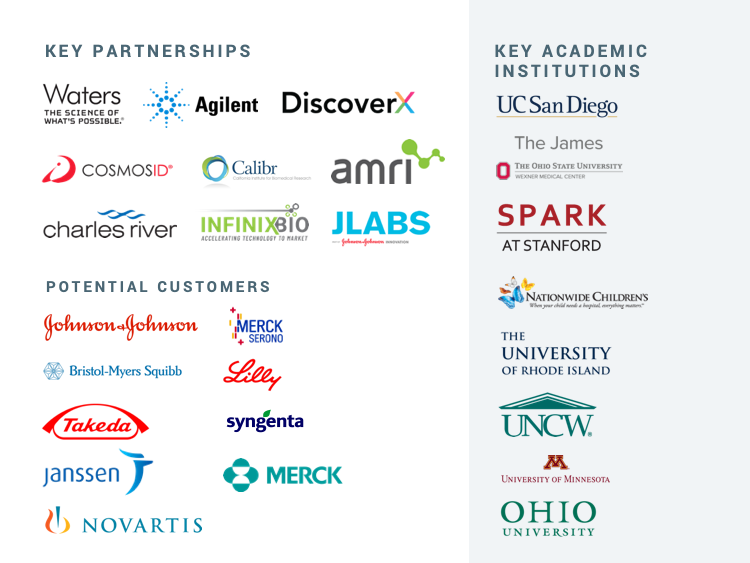 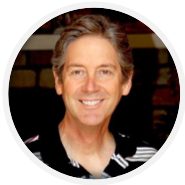 Ross O. Youngs
FOUNDER & CEO
Mr. Youngs has 30+ years’ experience inventing products, technologies and processes for a variety of industries. He holds over 75 patents worldwide and is driven to innovate by a focus on better, faster and less expensive. Recent major innovations include an R&D 100 Award for collaboration on biopolymer technologies. In 2009, the Company was awarded a $6M ARPA-E (U.S. Dept. of Energy R&D) grant for its algal harvesting technology which helped lead to the development of Biosortia’s drug discovery platform. In 1998, Mr. Youngs was awarded the Ernst & Young Ohio Entrepreneur of the Year award and the U.S. Small Business Administration honored Mr. Youngs as their national “Business Person of the Year” in a presentation made by Vice President Al Gore.  Ross graduated from Florida Institute of Technology and attended Purdue University (IUPUI). 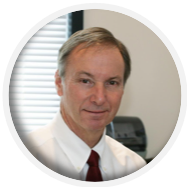 Guy T. Carter, Ph.D.
CHIEF SCIENTIFIC OFFICER
Dr. Carter has 30+ years’ experience working in Pharmaceutical R&D, primarily in the discovery and development of microbial products. He worked as a natural products discovery scientist and advanced through levels of scientific management to the overall leadership of the Natural Products Discovery function at Wyeth Research (acquired by Pfizer), as well as directing other elements of the Chemical Technologies Department. Guy received a doctorate in Biochemistry from the University of Wisconsin-Madison. He then pursued marine natural products research on an NIH-sponsored post-doctoral fellowship with Kenneth Rinehart at the University of Illinois. 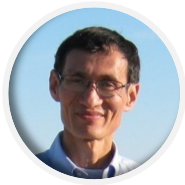 Haiyin He, Ph.D.
VP OF RESEARCH
Dr. He has more than 20 years of experience in pharmaceutical R&D, specializing in the discovery of drug leads from natural products and their semi-synthetic analogs in oncology, infectious disease, and other therapeutic areas. Haiyin worked as a principal scientist III and group leader at Wyeth Research and after the merger between Pfizer and Wyeth, he continued on to work at Pfizer World Wide Medicinal Chemistry as an associate research fellow in the area of antibody-drug conjugates for cancer chemotherapy. Haiyin received a doctorate in marine natural products at Scripps Institution of Oceanography with John Faulkner, and then acquired a postdoctoral experience at Chemistry Department, Cornell University with Jon Clardy. 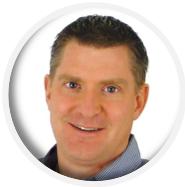 David R. Coho
VP of Operations & Finance
David has over 20 years of innovation, technology development and commercialization experience across a range of industries, primarily focused in technology and life sciences. Leading operations and finance teams with added responsibilities as Company Secretary and Treasurer. David contributes to the strategic direction and executive leadership of Biosortia. In 2009, David was instrumental in Algaeventure Systems awarding and execution of a $6 million U.S. Dept. of Energy grant from its esteemed ARPA-E program. David received his Bachelor of Science in Business Administration from Miami University. 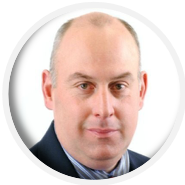 Chad Hummell
SR. BUSINESS DEVELOPMENT, LAUNCH AND PROJECT MANAGER
Chad has been with Biosortia since its founding in May 2012. During that time he has successfully developed strategies for new B2B, academic partnerships and collaborations, winning $8.2 million + grants and projects, and helping to create and commercialize product and technology innovations. Before Biosortia, Chad helped lead product launches with Ross Youngs and his Univenture Companies; helping to launch UniKeep’s Enviro products, Algaeventure Systems’ SLS technology, Biobent, and others.  Prior to joining Ross Youngs, Chad was a Director in Government/Non-Profit capacities helping businesses get introduced and prepared for selling their products and services to the government at EMTEC/PTAC in Dayton, OH. Chad began his career in management, sales and company building inside the machining, printing and agriculture industries for the Harrah and Reynolds companies in Huntington, WV.  Chad is a graduate of Ohio Northern with a BSBA in economics/management. 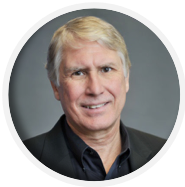 Dr. John Ryals
Board of Directors
Founder of Metabolon and serving as CEO and Board member for 16 years, Dr. Ryals has 30 years’ experience in the biotech industry, including senior research positions at Novartis and Ciba-Geigy. Dr. Ryals was formerly CEO, president, and Founder of Paradigm Genetics, a publicly-traded agricultural biotech company focused on industrializing the process of gene function discovery. He currently serves on the BOD at AgBiome, a provider of early-stage R&D for agriculture, and the advisory board of the College of Agriculture and Life Sciences at NCSU. He earned a BA in biology and chemistry from the University of North Texas and MS and PhD degrees in molecular biology from the University of Texas at Dallas. 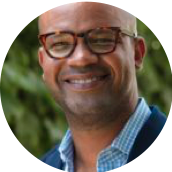 Derrell D. Porter, M.D.
Board of Directors
Dr. Porter is currently SVP, head of Commercial at Atara Biotherapeutics, Inc. Prior to joining Atara, he was a Vice President with Gilead Sciences, where he was responsible for corporate strategy, long term commercial planning, and global launch preparation for pipeline compounds in all of Gilead’s therapeutic areas – Oncology, HIV, Liver Diseases (HCV, HBV, and NASH), CV, and Inflammatory Disorders. With a successful biopharmaceutical career spanning 15+ years, Dr. Porter is a seasoned executive with experience running businesses in the US and Europe, corporate development and global marketing, as well as management consulting, including AbbVie and Amgen. He began his career at McKinsey & Company in Los Angeles as part of the West Coast Health Care Practice. Dr. Porter holds an MD from the University of Pennsylvania, where he was a Twenty First Century Scholar, an MBA from The Wharton School and a bachelor’s degree in neuroscience from UCLA. 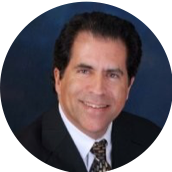 Ronald Moss, M.D.
Board of Directors
Dr. Moss served as Chief Executive Officer of Ansun from October 2012 to February 2017, and before that, served as both interim CEO and Executive Vice President of Clinical Development and Medical Affairs at Ansun from 2008 to 2012. Dr. Moss has held various executive positions in the pharmaceutical industry for over 20 years and has played a pivotal role in successfully leading companies through the complexities of drug and vaccine development. Dr. Moss has been involved in drug and vaccine development of products in Infectious Disease, Allergy, Neurology, Dermatology, Oncology, Respiratory, Transplant, and Autoimmunity in both large pharmaceutical and biotechnology companies, including roles at Aventis, Immune Response, Merck, Telos and Vical. He has also authored over 70 scientific publications. Prior to joining industry, he received his M.D. degree from Chicago Medical School, completed a residency in pediatrics at SUNY Stony Brook and completed a fellowship at the National Institutes of Health. He is double boarded in Pediatrics and Allergy and Immunology. He is a Fellow of the American Academy and American College of Allergy and Immunology.