A visualization and interaction framework of an immersiv...

Our display technology has applications in a number of business and research development environments—the two most lucrative will be in the entertainment (cinema and musical venues) and medical field (imaging), but will have vast application in the gaming, architectural and automotive pre visualization and urban planning arenas. The goal is to break barriers in data visualization and help companies deal with the challenges presented by the massive datasets of today and tomorrow. 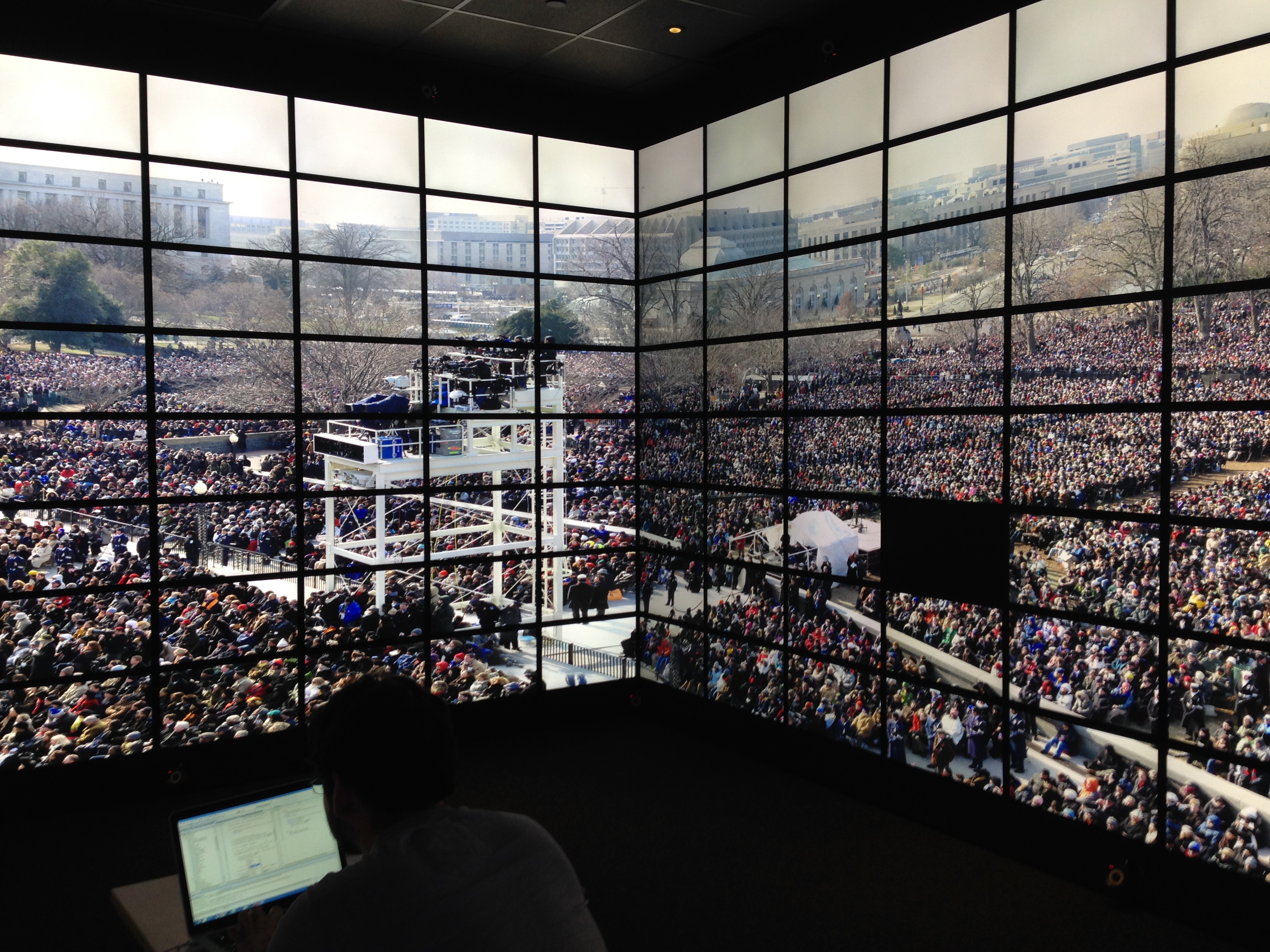 We present a visualization and interaction framework for the Immersive Cabin (IC), which is a 5-wall CAVE-like immersive 3D environment. The back-end rendering is provided by a cluster of 5 workstations with 2 NVIDIA Quadro GPUs each. We utilize a pair of projectors for each wall and an external LCD shutter system that is synchronized with active stereo glasses. Each workstation produces a synchronized pair of stereoscopic images for a single wall in the IC. If only one GPU is dedicated to rendering, the second one is utilized as a computational device using C/C++ and the NVIDIA CUDA extensions. In addition to the depth cues and surround immersion from the visualization system, we use wireless optical head and hand tracking to further enhance the data exploration capabilities. Combined with a range of interaction and navigation tools, our system can support a variety of interactive applications, including architectural and automotive pre- visualization, urban planning, medical imaging, and simulation and rendering of physical phenomena.

A very recent project allowed us to explore a colonoscopy in 3D allowing the medical specialist to walk down the patients colon, as opposed to a forward looking colonoscopy. This allowed the surgeon to look at the walls and between folds which were realtime projections obtained by manipulating MRI images

A CAVE is typically a video theater sited within a larger room. The walls of a CAVE are typically made up of rear-projection screens, however flat panel displays are becoming more common. The floor can be a downward-projection screen, a bottom projected screen or a flat panel display. The projection systems are very high-resolution due to the near distance viewing which requires very small pixel sizes to retain the illusion of reality. The user wears 3D glasses inside the CAVE to see 3D graphics generated by the CAVE. People using the CAVE can see objects floating in the air, and can walk around them, getting a proper view of what they would look like in reality. This was initially made possible by electromagnetic sensors, but has converted to infrared cameras.

The concept of the CAVE can be used in a variety of fields, and have many uses. Many engineering companies can use the environment to enhance product development. Prototypes of parts can be created and tested, interfaces can be developed, and factory layouts can be simulated, all before spending any money on physical parts. This gives engineers a better idea of how a part will behave in the product in its entirety. 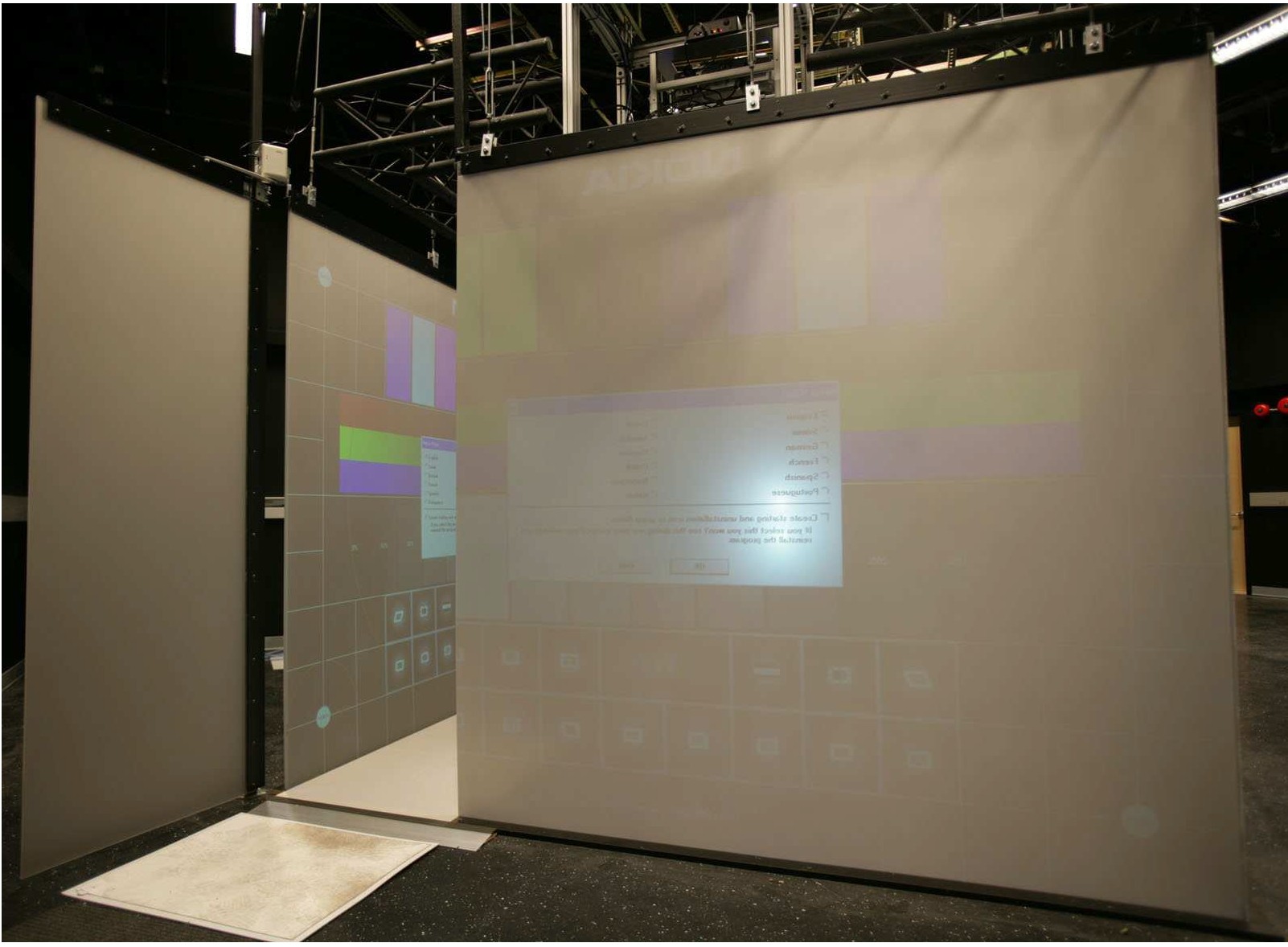 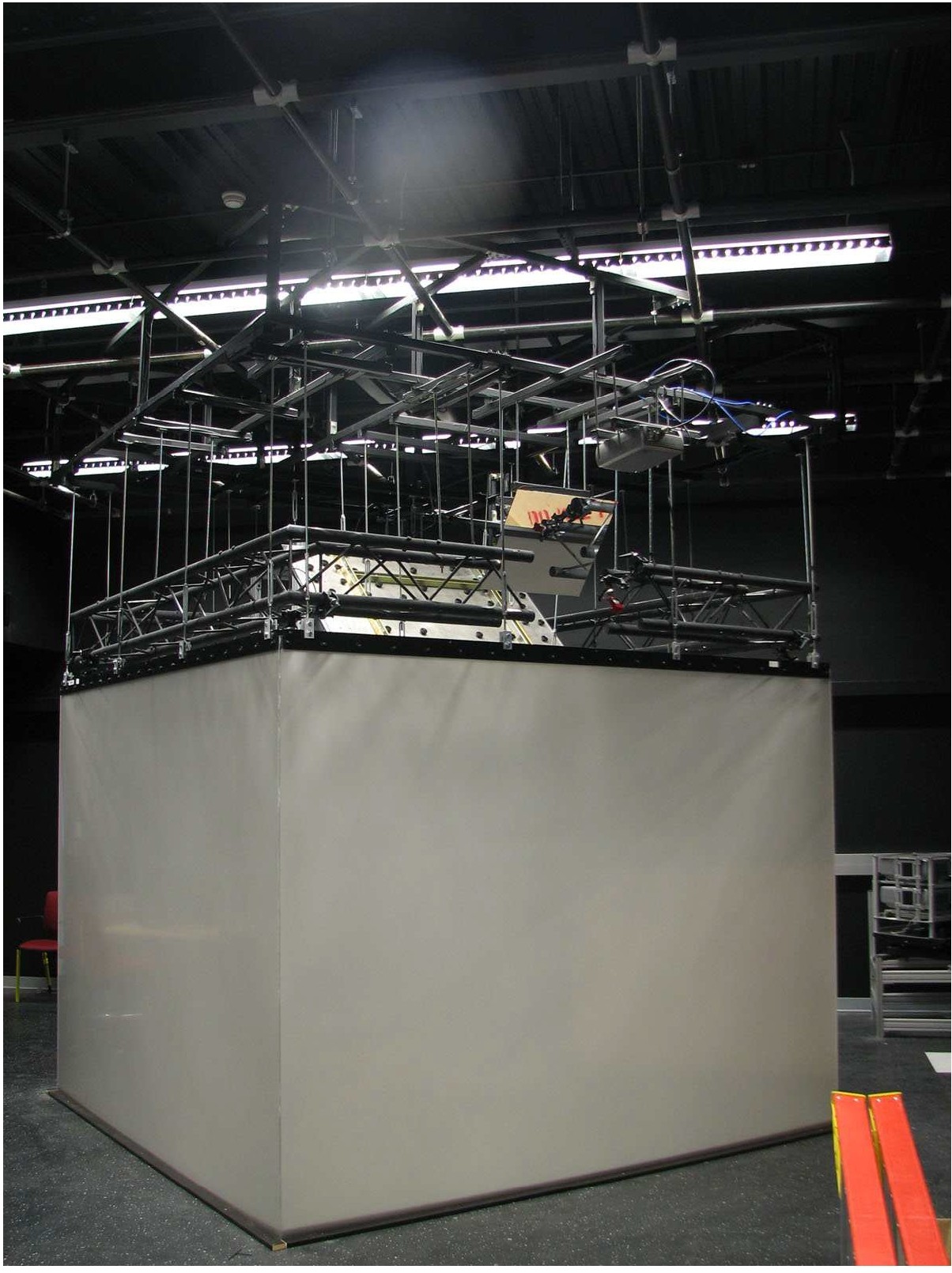 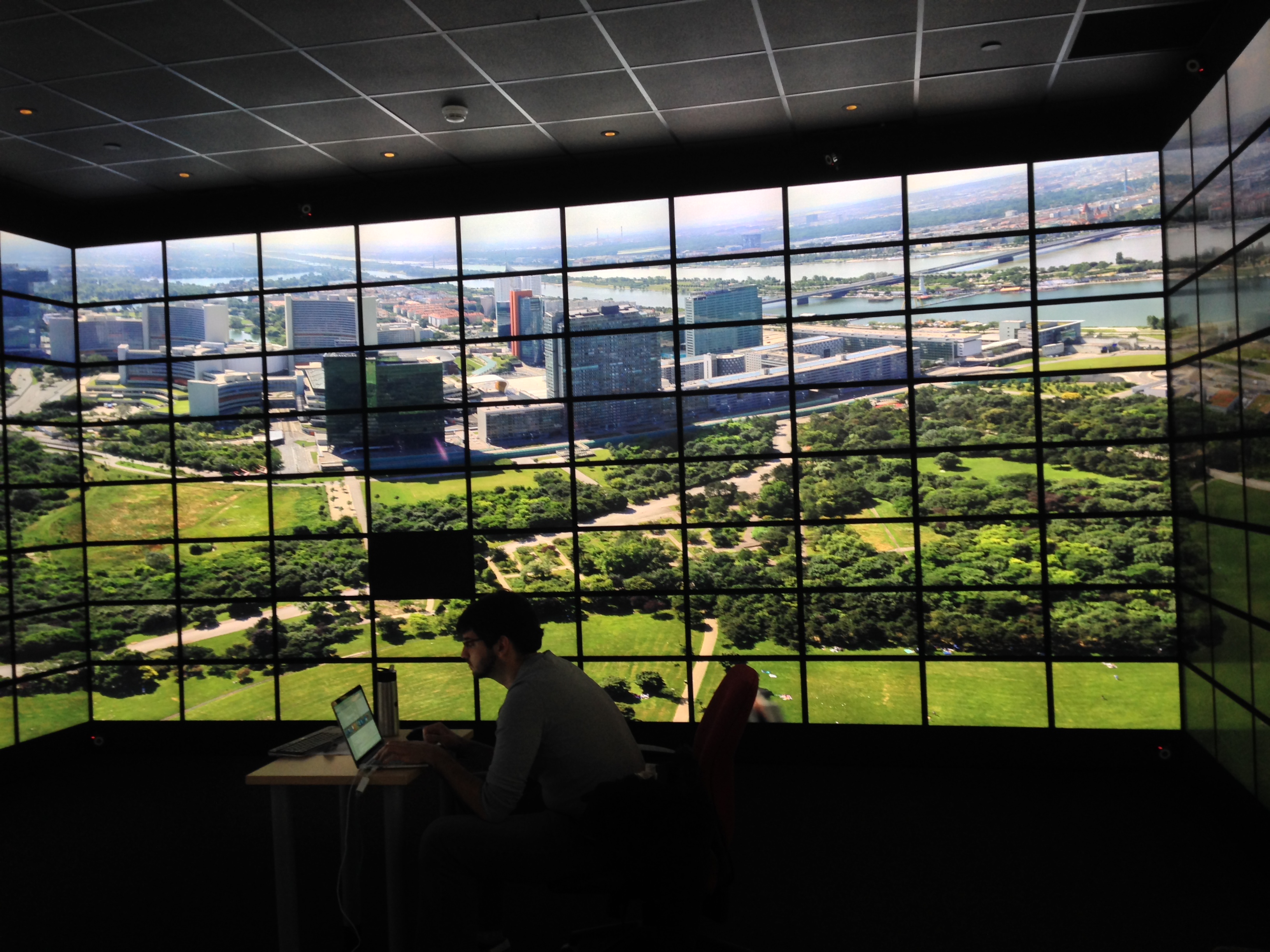 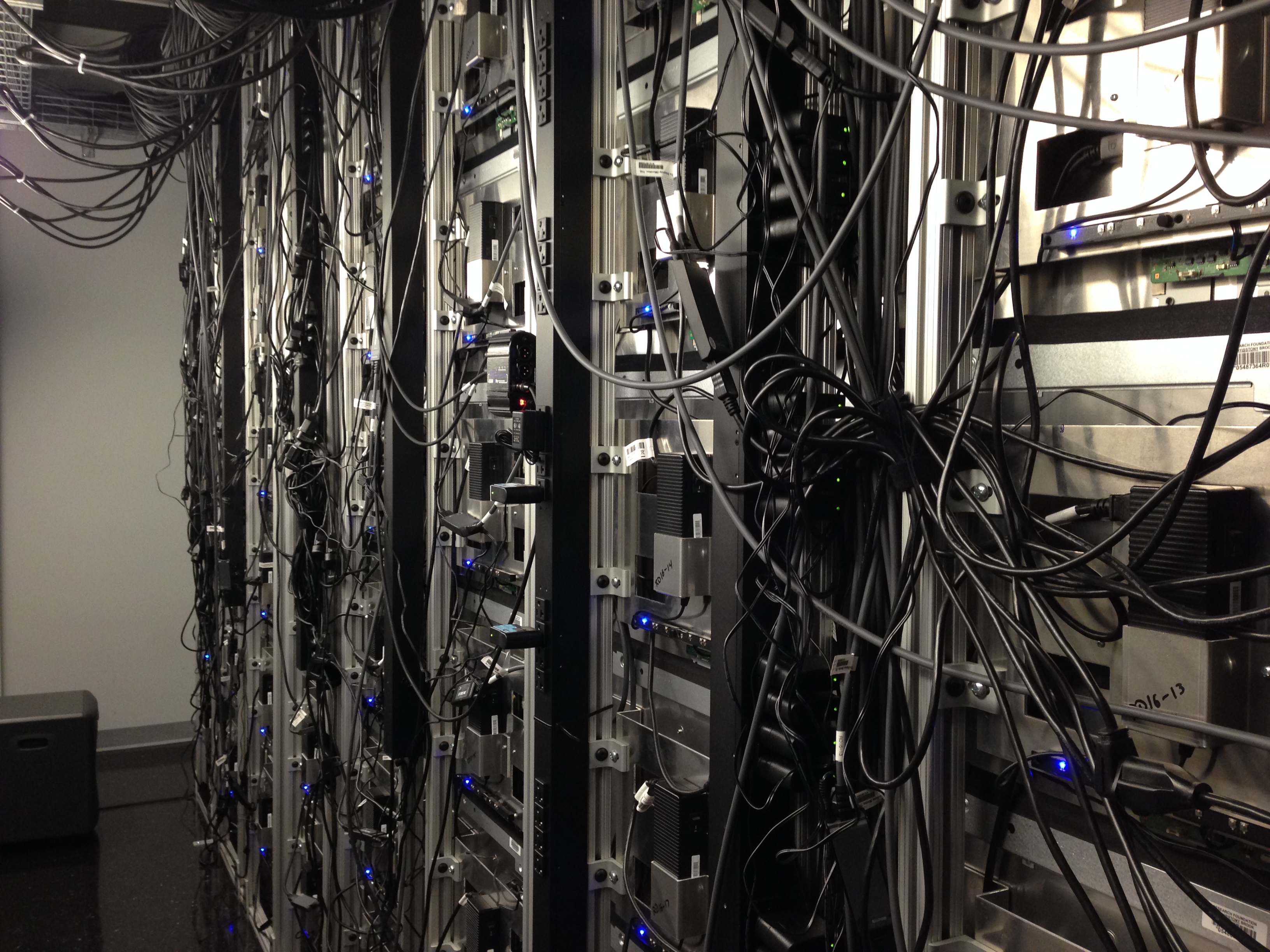 We create a sense of full immersion completely involving the 5 senses (sight, sound, touch, smell, taste) and create the digital environment to be physically real.