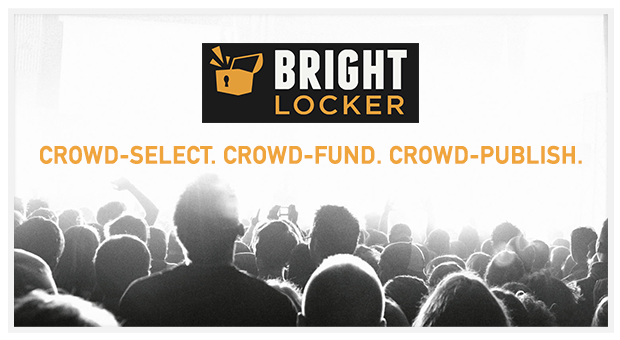 Introducing BrightLocker: the new web community dedicated to selecting, funding, developing and publishing video game ideas through the power of the crowd.

“The Game of Making Games”

The BrightLocker team has over 115 years of combined video game industry experience. We all agree on this: making video games is as fun as playing them!  We want our community to experience the fun of making games.

That is why we have created more than just a funding platform. Our slogan is “The Game of Making Games” because our platform has been specifically designed from the ground up to ‘gamify’ the whole game creation experience. We reward funders with experiences as well as digital and physical goods. No other crowdfunding platform does that.

BrightLocker has already made some incredible progress in our mission to reinvent game development once and for all, and all signs point to even bigger and better things ahead! 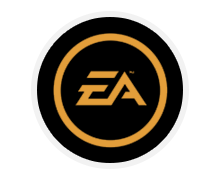 The BrightLocker team is made up of group of highly experienced and extremely passionate video game professionals with decades of experience in the video game industry, including positions at Electronic Arts, Blizzard, Sony, Sperasoft, and many more. 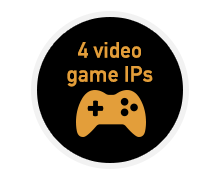 The BrightLocker team has been hard at work developing BrightLocker’s unique platform. We have acquired 4 video game IPs, with two other video games under license.  Our platform is now ready for launch - we have entered Closed Beta Testing with a view to public launch in January 2016. 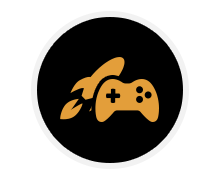 BrightLocker's first development team, Sperasoft, has completed work on our first title, LightEaters (c).  We plan to launch LightEaters in January 2016.  (LIghtEaters and other titles are available for private screening.) 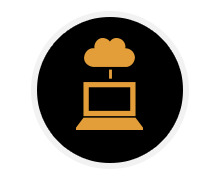 While BrightLocker is primarily a B2C company, we recently licensed part of our platform to a large satellite TV set-top box manufacturer. This will help them build and launch a non-competing gaming platform for their consumer base of more than 40 million viewers. We are in discussions to globally license two games and up to 8 more over the next 2 years with this major international satellite provider. 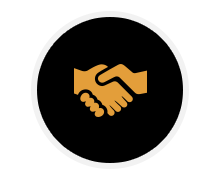 Our partnership with game and platform development firm Sperasoft, Inc. has secured us 50% more cost-efficient development resources. This has allowed us to quickly staff up development teams to work on our platform and games while also allowing us to fulfill our deliveries once we go live.

Developing and publishing a video game is hard work. From finding the right talent to building the right features to getting the right publisher, there are a million obstacles along the road that can make taking your game from vision to reality (as an indie game developer or as an average person with a game idea) a virtually impossible undertaking.

One of the biggest challenges to getting a new video game developed is funding. Over the past few years, crowdfunding has emerged as an exciting new force in the creative landscape, giving everyone from tinkerers and entrepreneurs to artists and musicians the chance to bring their ideas to life.

Indie game developers have increasingly been turning to crowdfunding platforms to get their ideas built. Frequently and unfortunately, however, promising video game projects you see on sites like Kickstarter and Indiegogo fizzle out before they ever see the light of day. 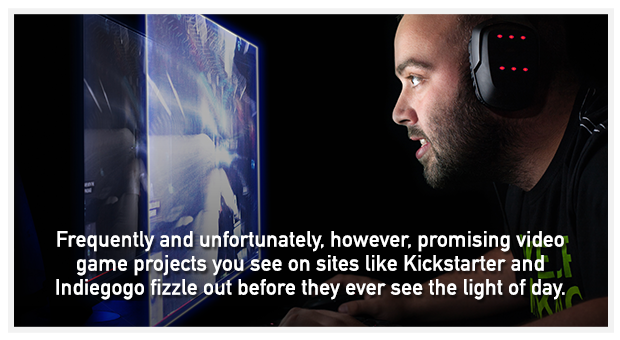 As great as crowdfunding is in theory, in practice, it is not without its challenges. Existing crowdfunding sites are starting to show their limitations. For example, the fact that they only offer rewards-based raise options makes it challenging for developers to both deliver on their campaign promises and achieve the goals they were raising for in the first place.

Additionally, only one third of crowdfunding campaigns successfully deliver on their campaign promises. This leaves backers feeling loss of trust and credibility from funders. It's clear that the crowdfunding formula is far from perfect, and there's plenty of room for improvement.

At BrightLocker, we are making it our mission to learn from crowdfunding's history--the successes and the imperfections--and put those lessons to work building the ultimate crowdfunding platform for the video game development community.

BrightLocker is more than a crowdfunding platform. It is also a complete community where gaming enthusiasts, designers, developers and investors can come together and get involved in every stage of the game production process, from conceptualization to deployment. For decades, the process of building a video game has been a mystery to most gamers. BrightLocker is raising the curtain and giving video game enthusiasts an interactive front-row seat to the video game creation process.

Here's an overview of how the BrightLocker process works: 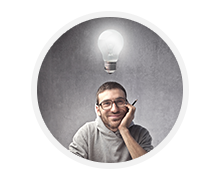 1. Submit & Vote
Users can submit original video game ideas, and the BrightLocker community votes on the ideas they'd like to see become a reality. 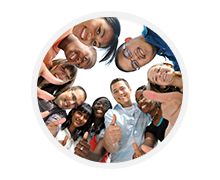 2. Fund
BrightLocker users back up their votes with rewards-based contributions and BrightLocker uses that momentum to attract equity investments from accredited investor. We bring these two forces together for the first time, managing transactions for both parties on our proprietary platform. 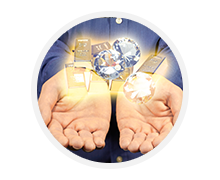 3. Reward
BrightLocker backers receive rewards for their support with products, points that can be used toward further participation on BrightLocker, or in-game currency. A unique feature of our platform is that reward funders may actually see the size and composition of their rewards increase if the game performs well. 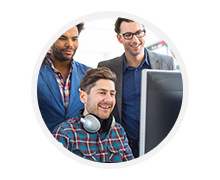 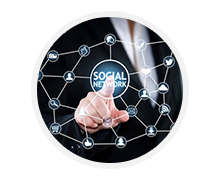 5. Share
As games go through development, the BrightLocker community participates in game features and design decisions. The more you share and the more you participate, the more rewards you get! 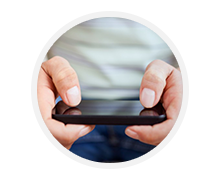 6. Publish
Once a game is fully developed, it's published by Brightlocker, with a portion of the revenue going back to the original idea submitter and additional rewards to key contributors that helped shape the game. Equity investors receive a share of profits for the life of the game.

BrightLocker brings the funding, the development talent, the community and the publishing capabilities together on our entertaining proprietary platform to help great video game ideas become a reality. 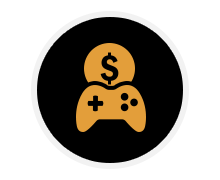 Funded
In addition to traditional rewards-based fundraising models, BrightLocker also offers an equity funding option. This allows accredited investors to discover promising development opportunities, connect with the creators behind them, and commit to supporting their vision in exchange for a share of the revenue when that vision becomes a success. BrightLocker's unique take on the crowdfunding formula brings a never-before-seen level of expertise, accessibility, and accountability to the crowdfunding process, ensuring funders, backers and investors alike an 80% target launch rate on BrightLocker-funded games. 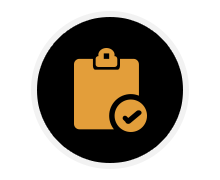 Validated
In addition to standard crowdfunding, BrightLocker’s platform includes a crowd-selection process that lets game creators test their concept with actual video gamers as they take it through the different stages of development. Not only does the crowd-selection process help creators build a better game, it also helps them gather more buzz for their game and build a captivated and invested player base before it even completes production. When it does complete production, they have an audience of players ready to play and share a game they helped build. 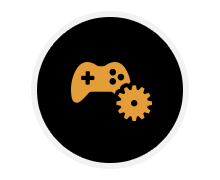 Created
BrightLocker has a talented team of technical and artistic resources onboard to help good game ideas come to life. Our experienced developers and game designers help build greenlit games and take them all the way from the drawing board to the hands of gamers. 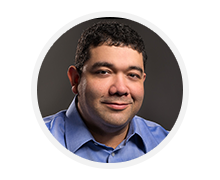 Ruben Cortez (CEO & BOD)
Ruben Cortez is a 20-year veteran of the video game industry, with 17 years spent with Electronic Arts, Inc. He was the lead executive in founding Bioware Ireland (EA Ireland) in 2009. As the in-country managing director and chairman, he led the building of the studio from zero to nearly 400 people.

Ruben was also Chief Network Architect for EA from 2001 until 2006. He has worked on several groundbreaking titles such as Ultima Online and Star Wars: The Old Republic. From 1998 to 2012, Ruben had nearly half-a-billion dollars’ worth of technological investment and stewardship responsibilities for Electronic Arts. 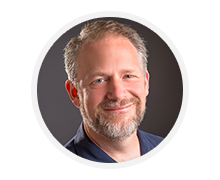 Mark Rizzo (CTO & BOD)
As a business executive, Mark has over 20 years of experience in the online game and digital entertainment industry. He is keenly skilled at building and guiding the future of online technology/architecture and e-commerce platform systems. Specialized in numerous areas of the industry, he has gained experience in massive online game and large-scale server/network architecture and management, connected game and entertainment platform technology, business intelligence systems and solutions, and more.

Mark showcased his talents and has excelled at corporations of all sizes.  Some notable positions include: Sr. Director of Operations at Electronic Arts, Inc., VP of Technology and Infrastructure at Sony, SVP of Technology Operations at Trion Worlds, Inc., and most recently as the CTO of SperaSoft.  Mark has worked closely with popular titles such as Ultima Online, EverQuest, EverQuest II, Star Wars Galaxies, Guild Wars, Aion, Rift, Defiance, and Archeage. 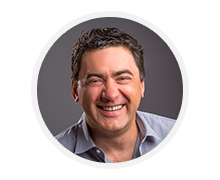 Igor Efremov (Executive Advisor & BOD)
Igor Efremov has over 17 years of experience in the video game industry. He founded Sperasoft Inc. in 2004 and successfully built it into a world class video game development studio. Sperasoft is the development partner behind a number of extremely successful video games, such as Mass Effect & Dragon Age (Bioware/Electronic Arts), Star Wars: The Old Republic (Electronic Arts), and League of Legends (Riot). 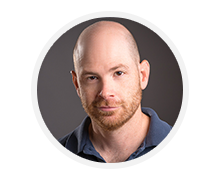 Eric Schmitter (VP of Platform and Product Design)
Eric Schmitter has 19 years’ experience designing and building online technology and 11 years in the video game industry working for Sony, Sony Online Entertainment and Trion Worlds. He was Senior Producer and Director of Product Design for the Sony Network Platform. He was a key member of the team that originally designed, developed, launched and operated the Sony PlayStation Network. 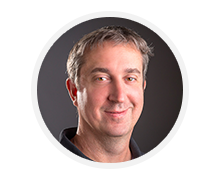 Alan Van Slyke (VP of Game Development)
Alan Van Slyke has 20 years of experience in the video game industry. He has led numerous teams in designing, developing, and launching of PC, console, and mobile games across multiple genres.

His past responsibilities include Director of Production at Sony Computer Entertainment (Zipper Interactive), Senior Producer at Epic Games, Senior Director at Sperasoft, Inc, and Lead Architect in the Worldwide Technology Group at Electronic Arts.

Alan was responsible for the billion dollar franchise Gears of War as Senior Producer, and has been directly involved in development of many large franchises such as The Sims, SOCOM, FIFA, Need for Speed, and MAG. He has had oversight of franchise component development for Dragon Age (Bioware), Mass Effect (Bioware), League of Legends (Riot), and others. 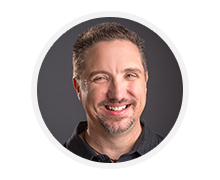 Thor Biafore (VP of Customer Experience)
Thor Biafore is a Customer Service Executive with over 17 years of experience in the video game and entertainment software industries. Thor was part of the early Blizzard team leading the development and launch of World of Warcraft, the most successful MMO in the world.