Providing services, content and connection to bridge the digital divi... 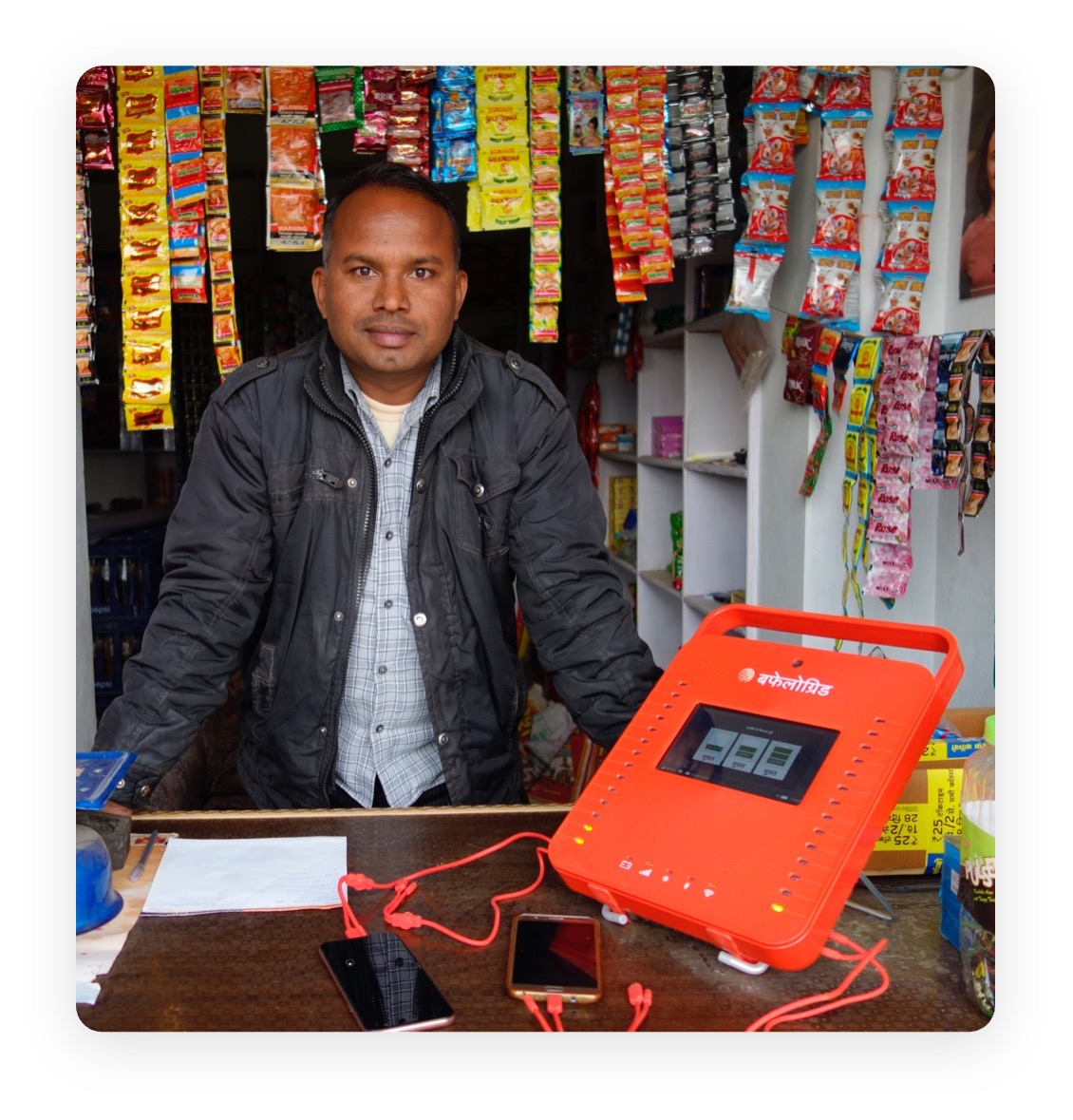 Following a successful entrepreneurial venture creating an alternative air conditioner, Daniel Becerra realized that a tech startup could have a tremendous impact on the world.

Along with coffee trader Phil Schluter, Becerra founded BuffaloGrid to bridge the digital divide with hardware and software that connects the unconnected.

From an early experiment using a bicycle to provide off-grid pedal power to a stand-alone, solar-powered solution. BuffaloGrid has evolved to today’s Stream Spot + delivering streaming and digital services to billions of people around the globe that remain unconnected. 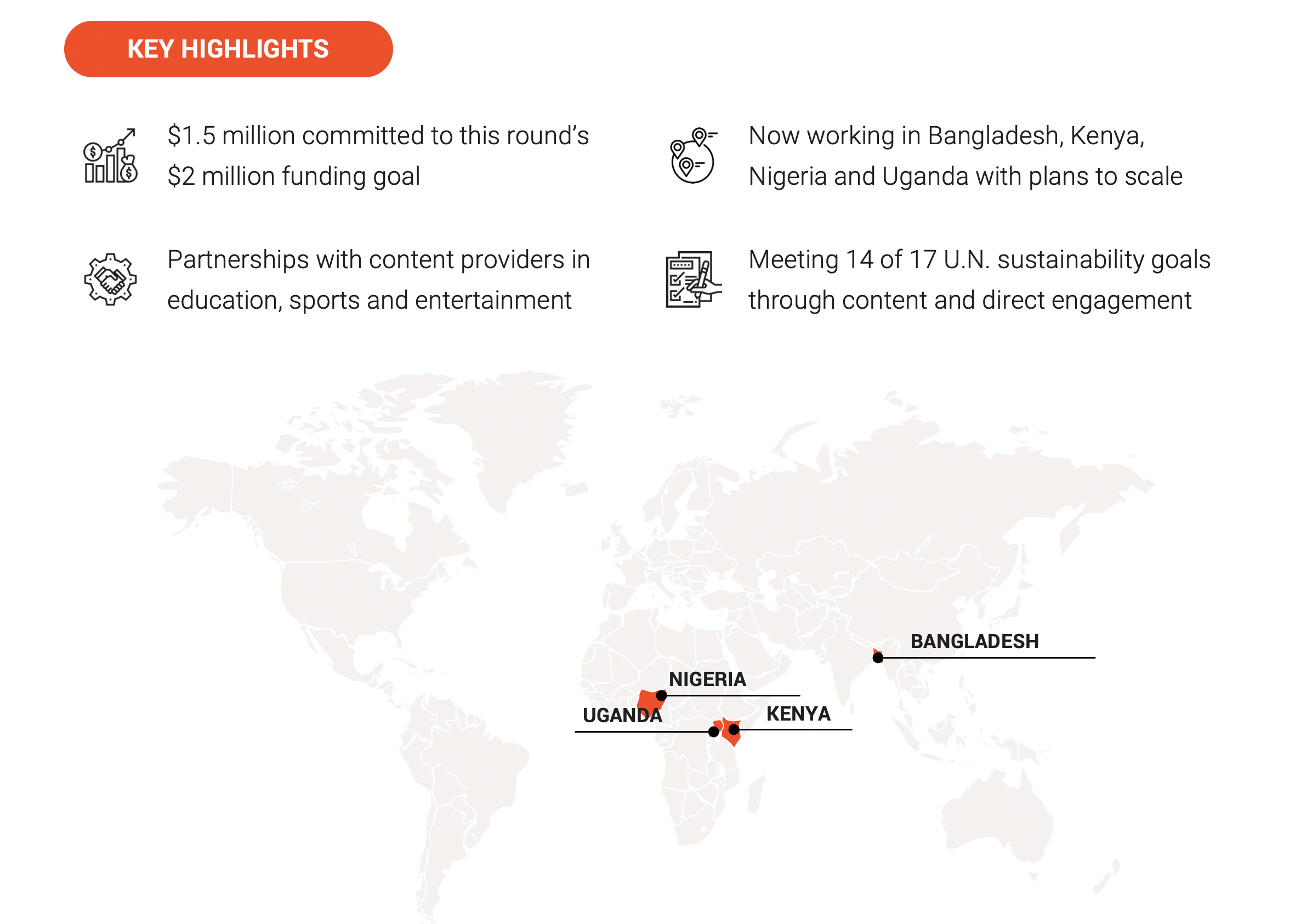 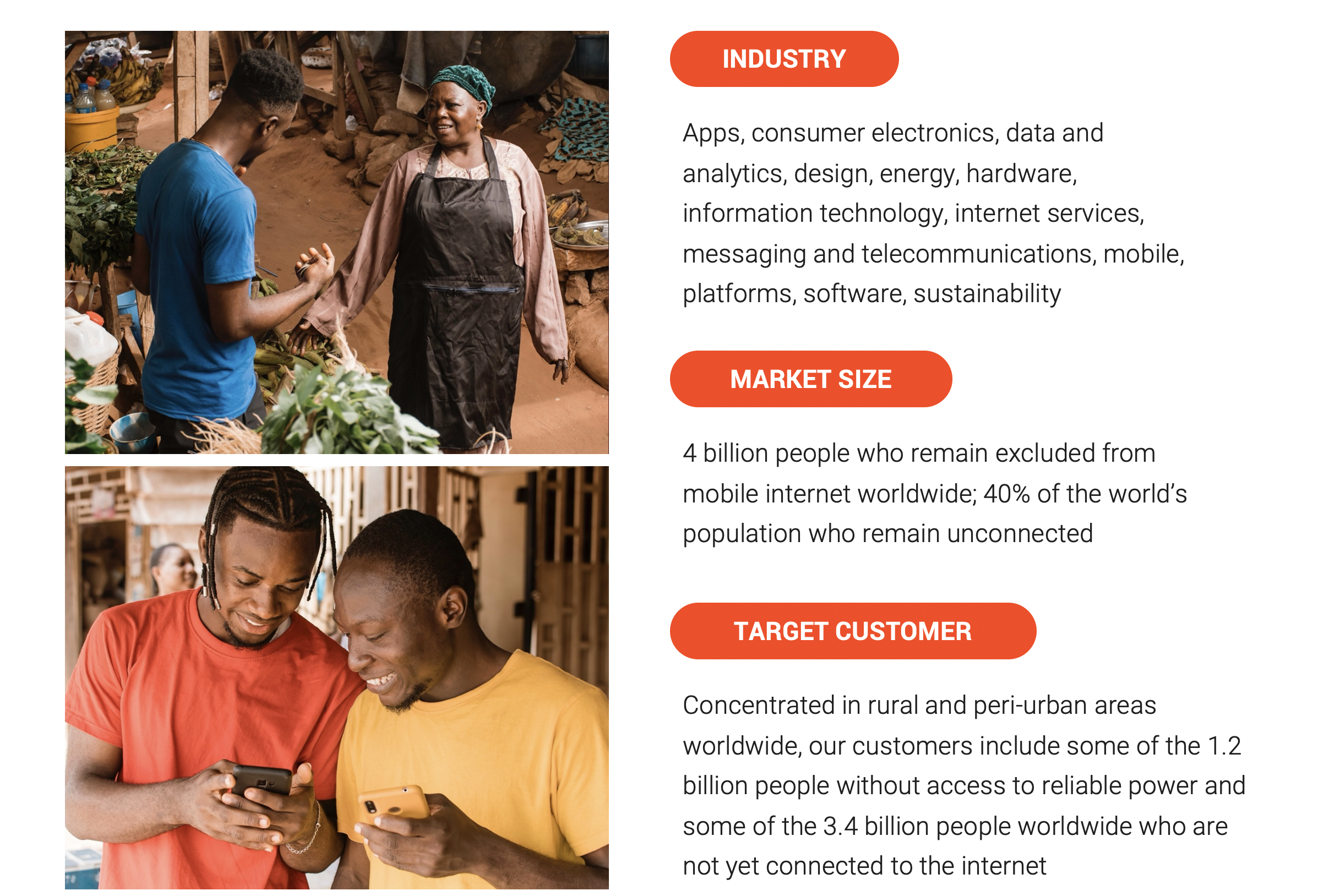 A SEVERE LACK OF CONNECTION 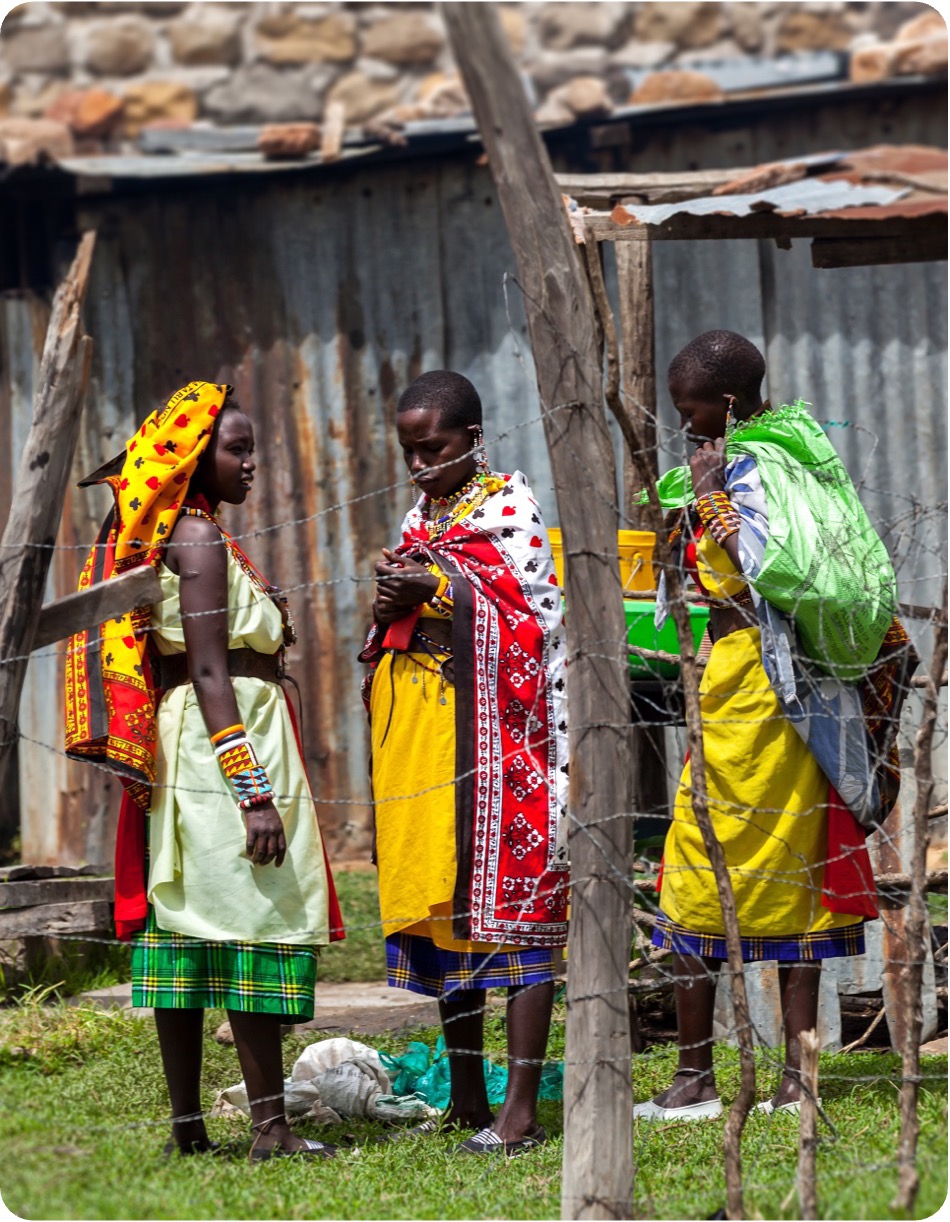 Half the population of the planet — four billion people — have never experienced the internet, even though 3.6 billion of them live in locations with available 3G or 4G.

If coverage isn’t the problem, what’s the cause of the disconnect?

The challenges of connecting the unconnected include affordability, consumer readiness and lack of relevant content that supports development and extreme lack of infrastructure. For many simply charging their phones is a daily struggle. 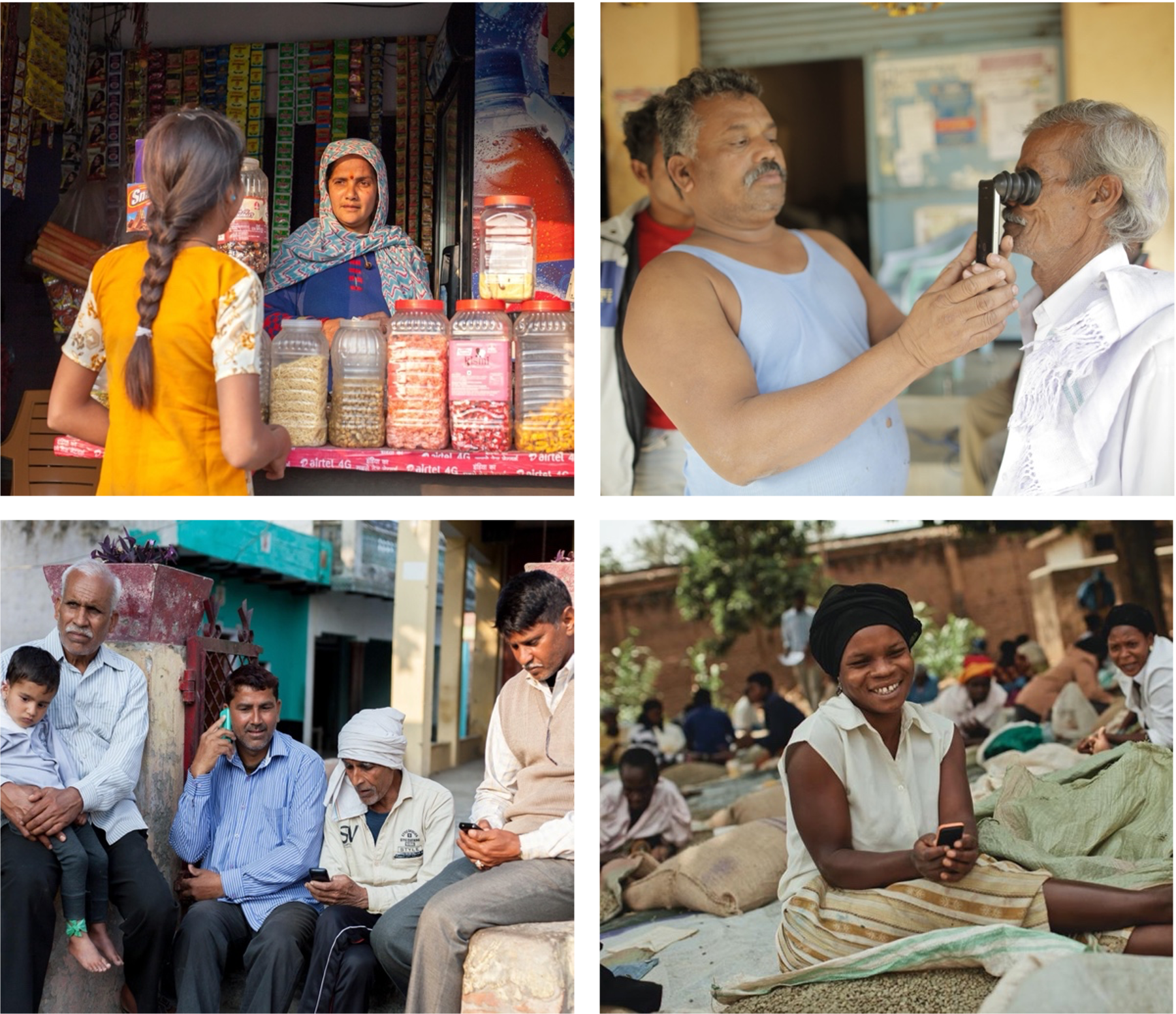 The power problem and digital divide result in a lack of access to digital educational content, financial services, government services, eCommerce and entertainment.

With the right service, billions of people worldwide could have access to the content and skills they need to climb the economic and social ladder.

CONNECTING THE NEXT BILLION 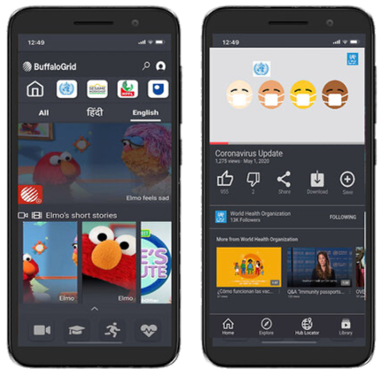 Buffalo Grid delivers an innovative connection solution. Our solar-powered StreamSpot+ gives users access — and a place — to charge mobile devices as well as access a world of digital content and services.

When users connect to a StreamSpot+, they can download and stream carefully curated, regionally relevant education, health, entertainment and sports content free of charge with end-to-end industry-standard content protection. 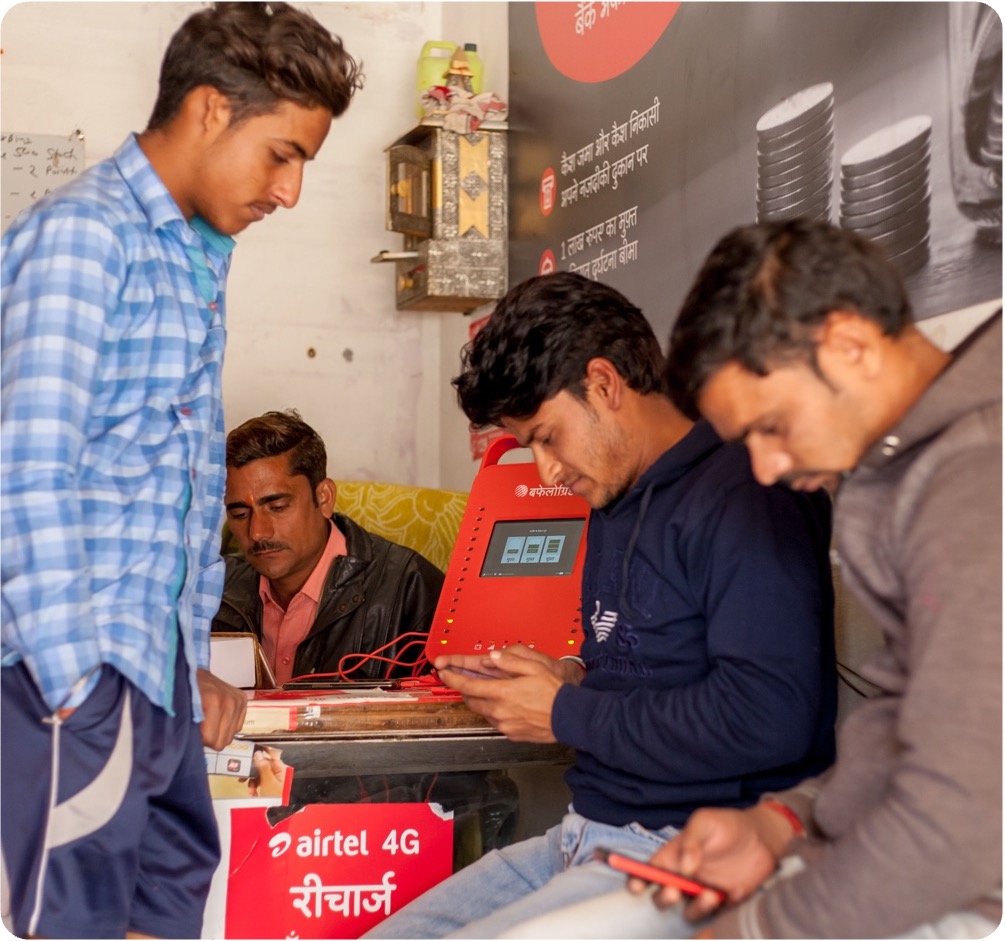 Our solar powered, stand-alone, cloud-managed, mobile network-enabled device continues to operate even when a network connection and power mains are unavailable.

StreamSpot+ is low-cost and highly scalable, allowing us to provide access to digital prosperity for residents in areas with a high population density, low infrastructure and fast-growing smartphone penetration.

BuffaloGrid powers the vision of a future where everyone is connected. 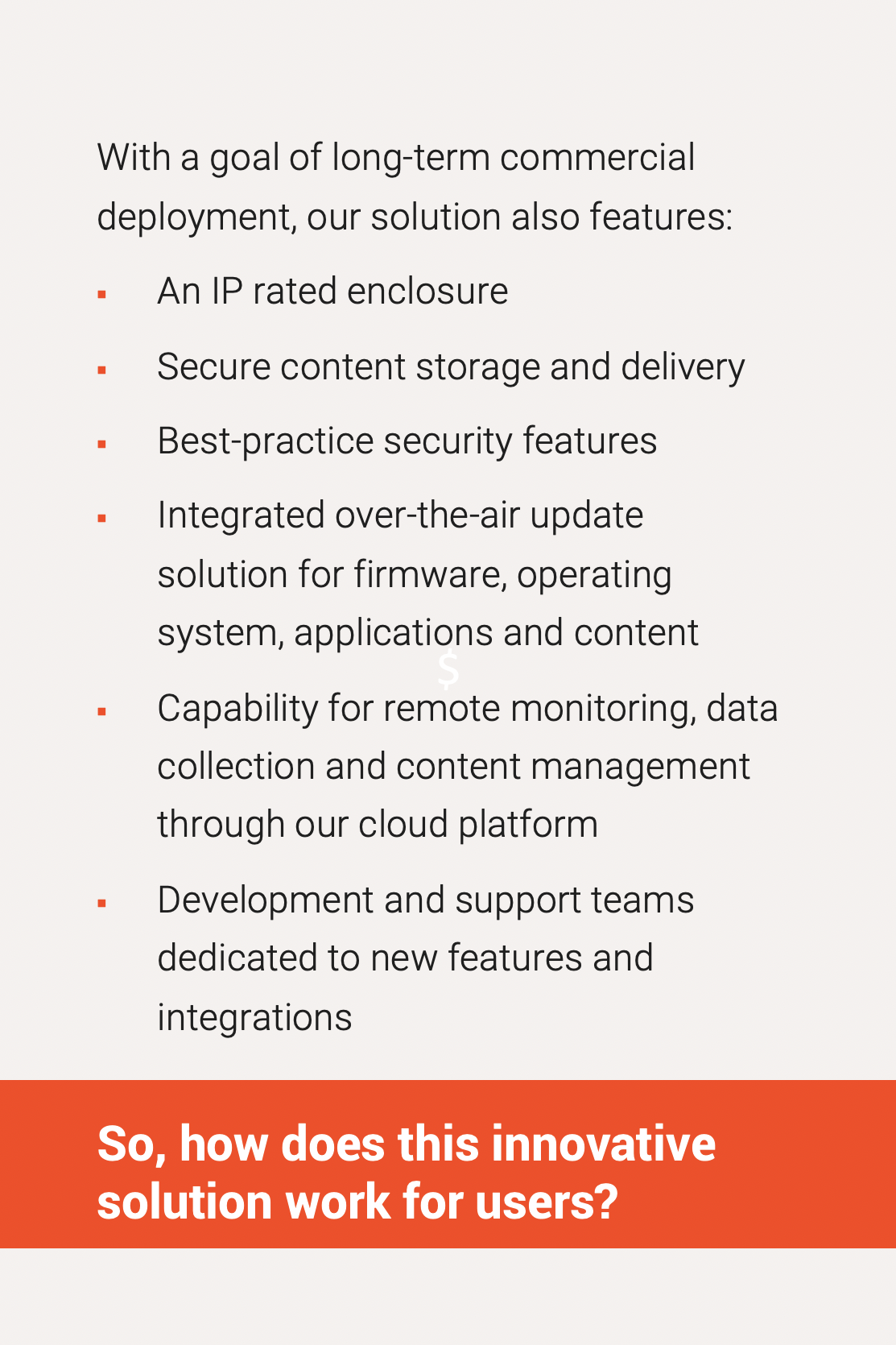 StreamSpot+, BuffaloGrid’s core technology, is a powerful digital hub in a rugged package.

Our solution moves large files bit by bit and the assets only become available once fully downloaded. The approach allows us to overcome the challenges of power outages,  intermittent connection and slow cellular data speed. 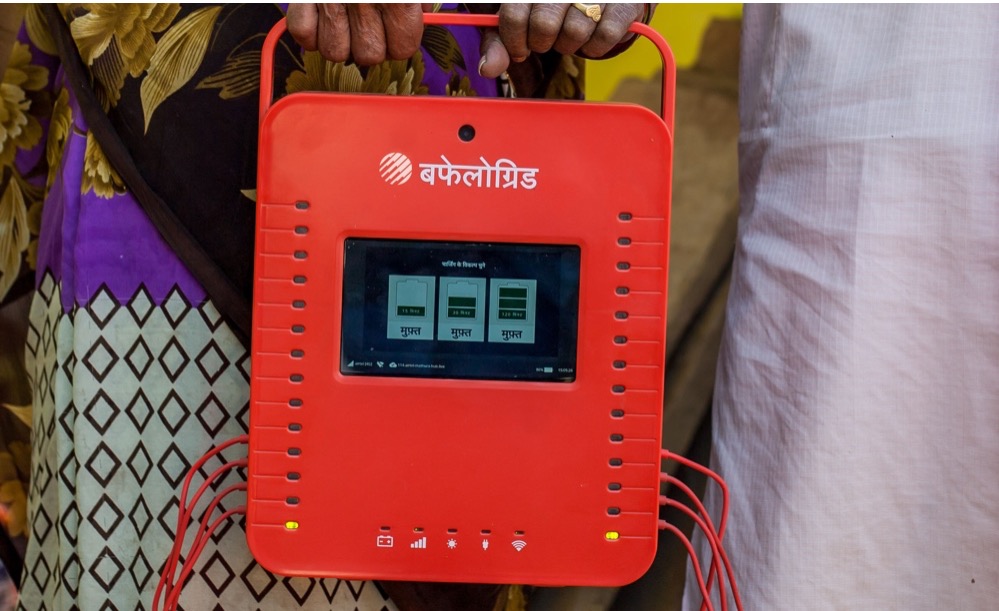 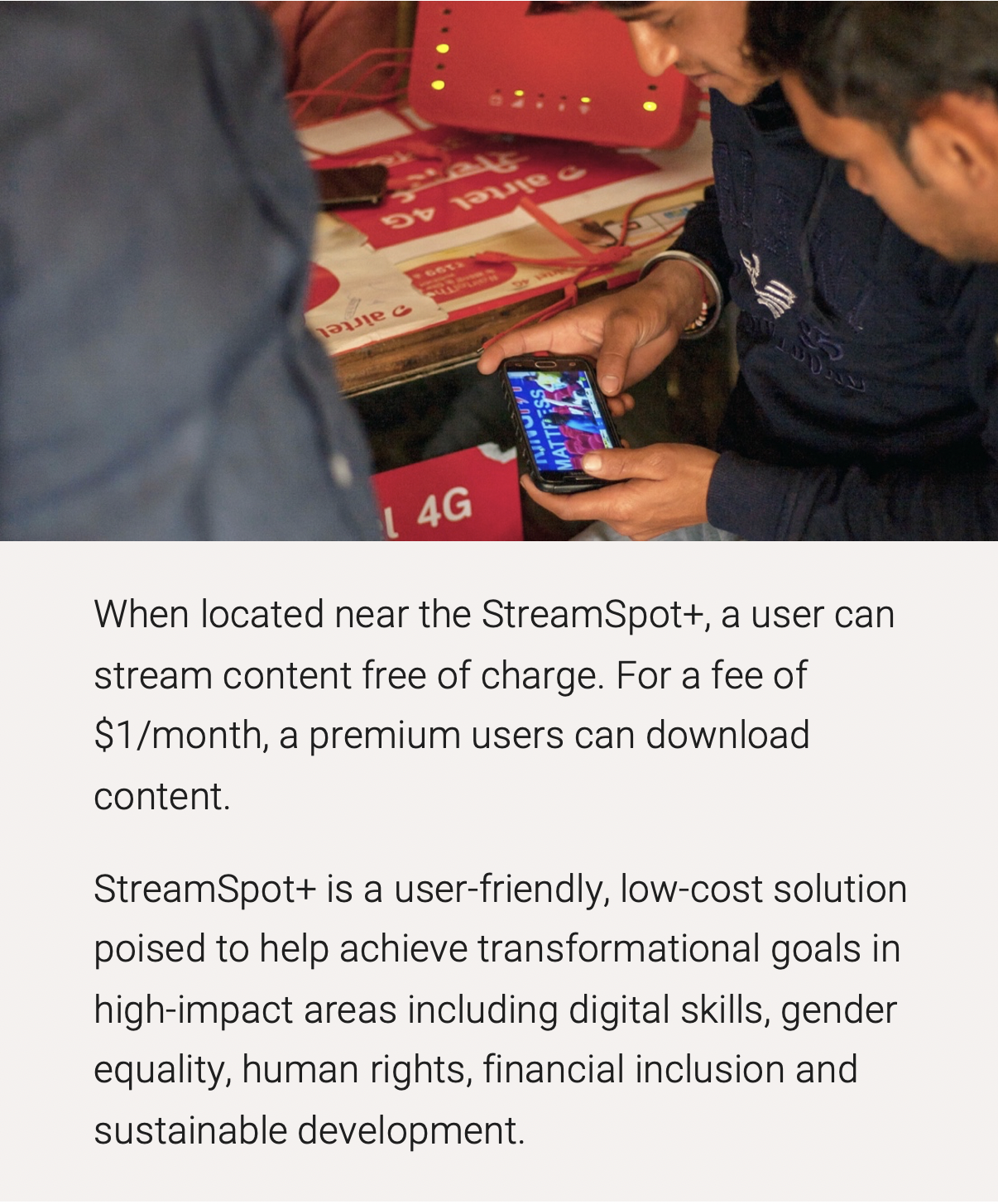 STEP 1
User takes a mobile phone to a StreamSpot+ location.

STEP 3
With the BuffaloGrid app, the user can access content in four verticals: entertainment, sports, education and health.

BuffaloGrid has spent the last nine years growing our potential to serve the unconnected.

Product development | We have tested our prototypes in the market and are ready for mass production.

Media mentions | We received media attention from outlets including Prolific London, The Times, Gov.uk and TechCrunch. 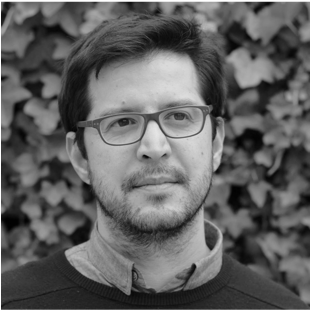 Daniel Becerra | CEO
Daniel Becerra earned his MA in industrial design engineering from the Royal College of Art and an MSc from Imperial College London. Becerra has 10 years of expertise as a design and tech entrepreneur. He previously founded an eco-friendly air conditioning company, Artica Technologies, which was acquired by VKR Holdings in a successful exit. 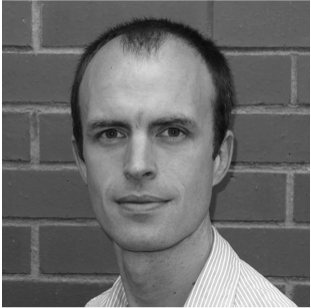 Chris Hibberd | CHIEF INNOVATION OFFICER
Chris Hibberd is a research analyst with a master's in physics and a PhD in engineering from the Centre for Renewable Energy Systems Technology. He previously served on the R&D team of the New York Stock Exchange’s technology division. Working on a sanitation project in Nepal, Hibberd witnessed the negative impact of the seasonal unreliability of power on mobile phone users. 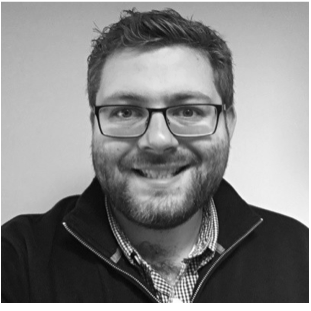 Andrew McCaughan | CHIEF TECHNOLOGY OFFICER
Andrew McCaughan earned his bachelor of engineering in computer science from Queen's University in Belfast. During his career, McCaughan has been drawn to organisations that have a positive impact on people’s lives. He previously served as a technical leader in developing market-disruptive products for education, healthcare and local government. 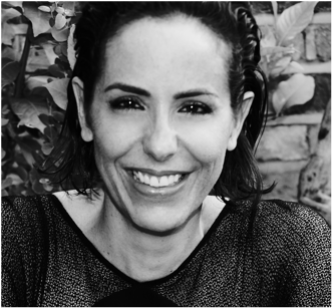 Vanessa Arelle | CHIEF STRATEGY OFFICER
Vanessa Arelle is the founder and CEO of TZ Systems, a tech company focused on diversity, inclusivity, equality and wellbeing. She previously served as the head of cultural affairs at the Mexican Embassy in the UK.

Andy Wei | HEAD OF MANUFACTURING
As a former Foxconn manufacturing expert, Andy Wei served a range of clients including large customers like Dell Computers and small startups like Ring and Nucleus. He specializes in deep insights on manufacturing, the ins and outs of hardware design and pitfall avoidance.