The team is on a mission to be first-to-market in secondary cities, initially in the Southeast and eventually nationwide — capitalizing on a once-in-a-generation demographic shift to these regions and laying the foundation for a much broader Common House ecosystem. 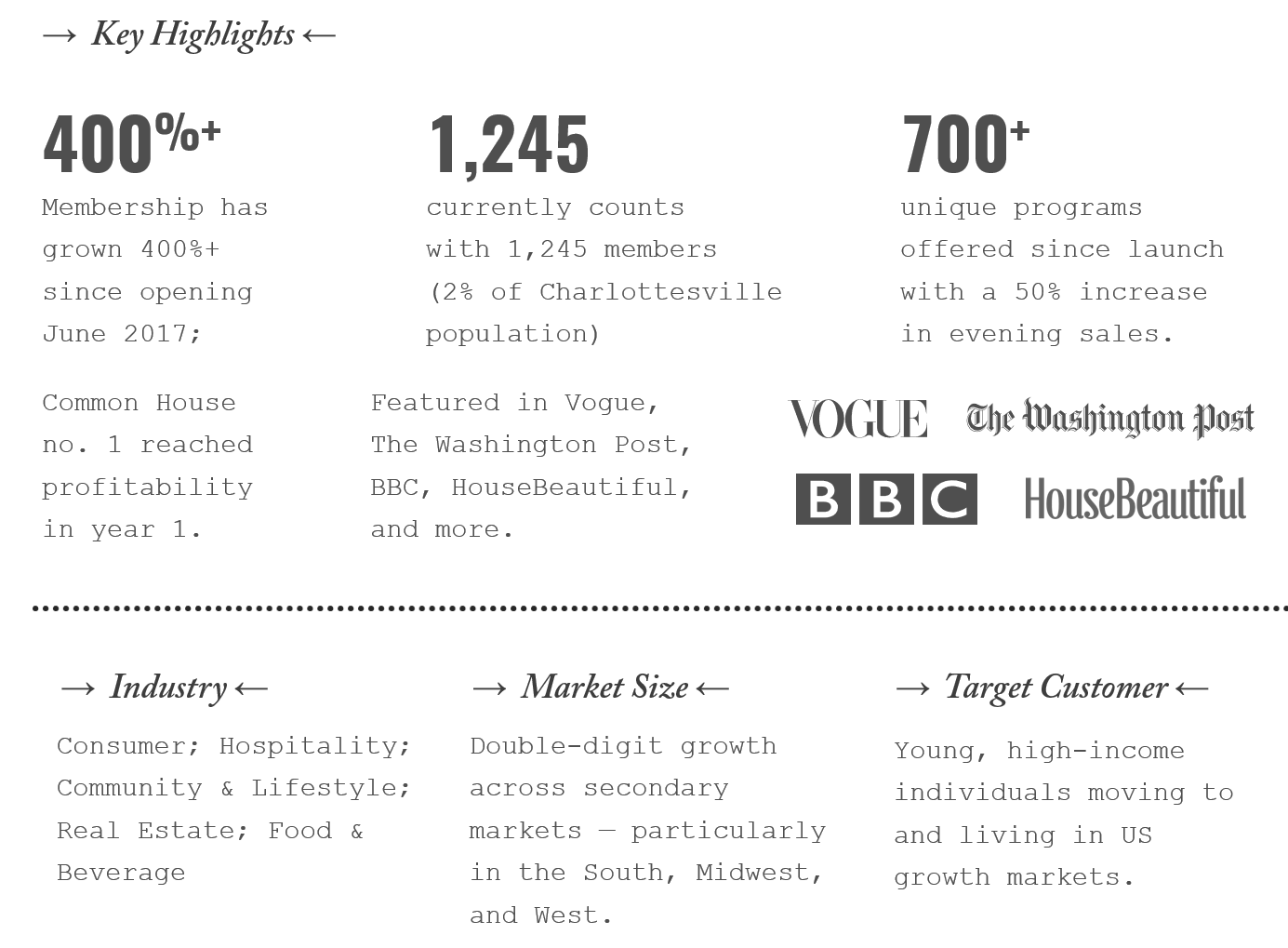 Since the financial crisis, Millennials have been moving to secondary growth markets across the US — where cost of living is lower and, with the strength of distributed work, opportunities abound.

As one of the largest demographic shifts in US history, these markets — particularly in the South, Midwest, and West — are experiencing double-digit economic and population growth, leading to re-urbanization and revitalization that hasn’t been seen in 60 years. 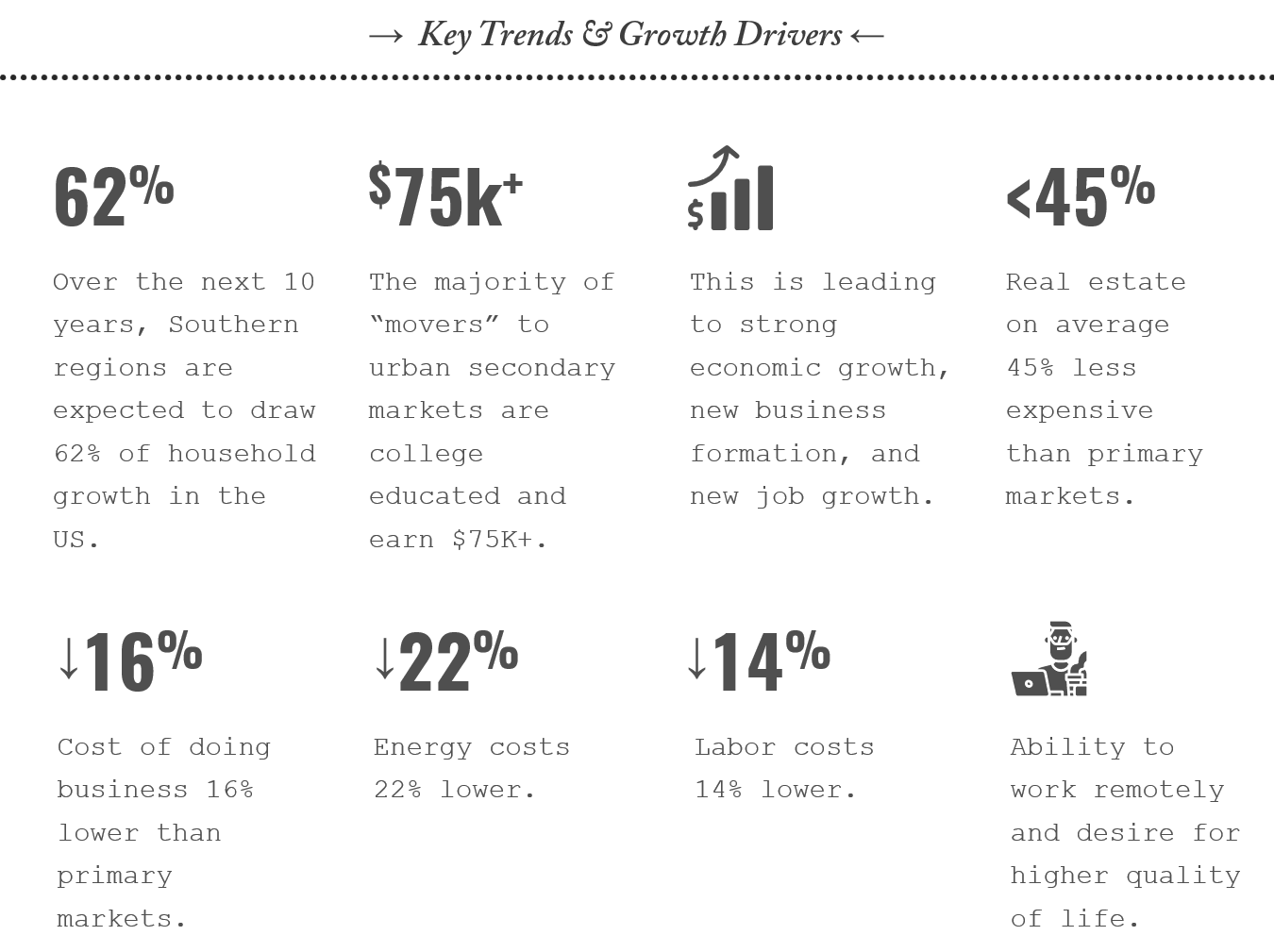 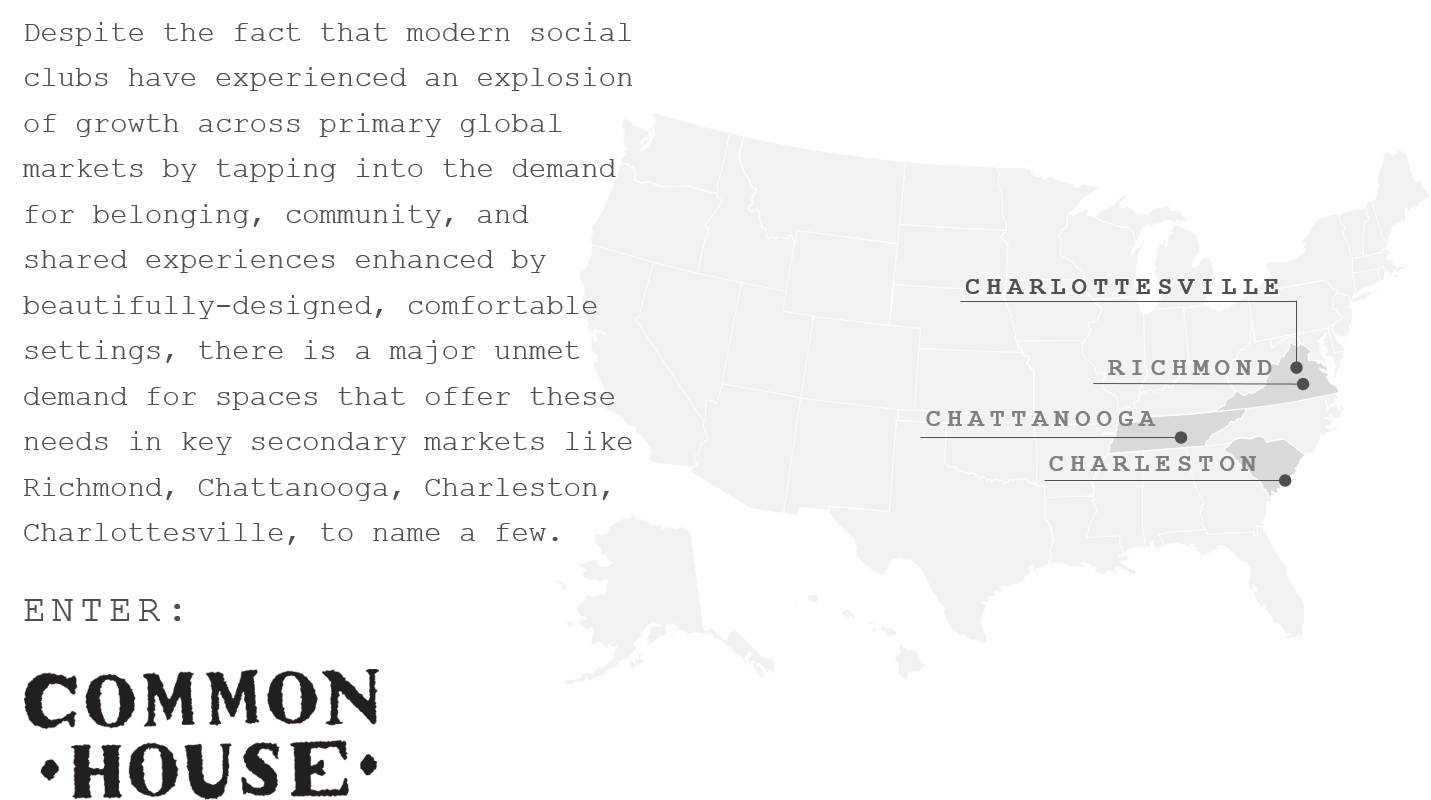 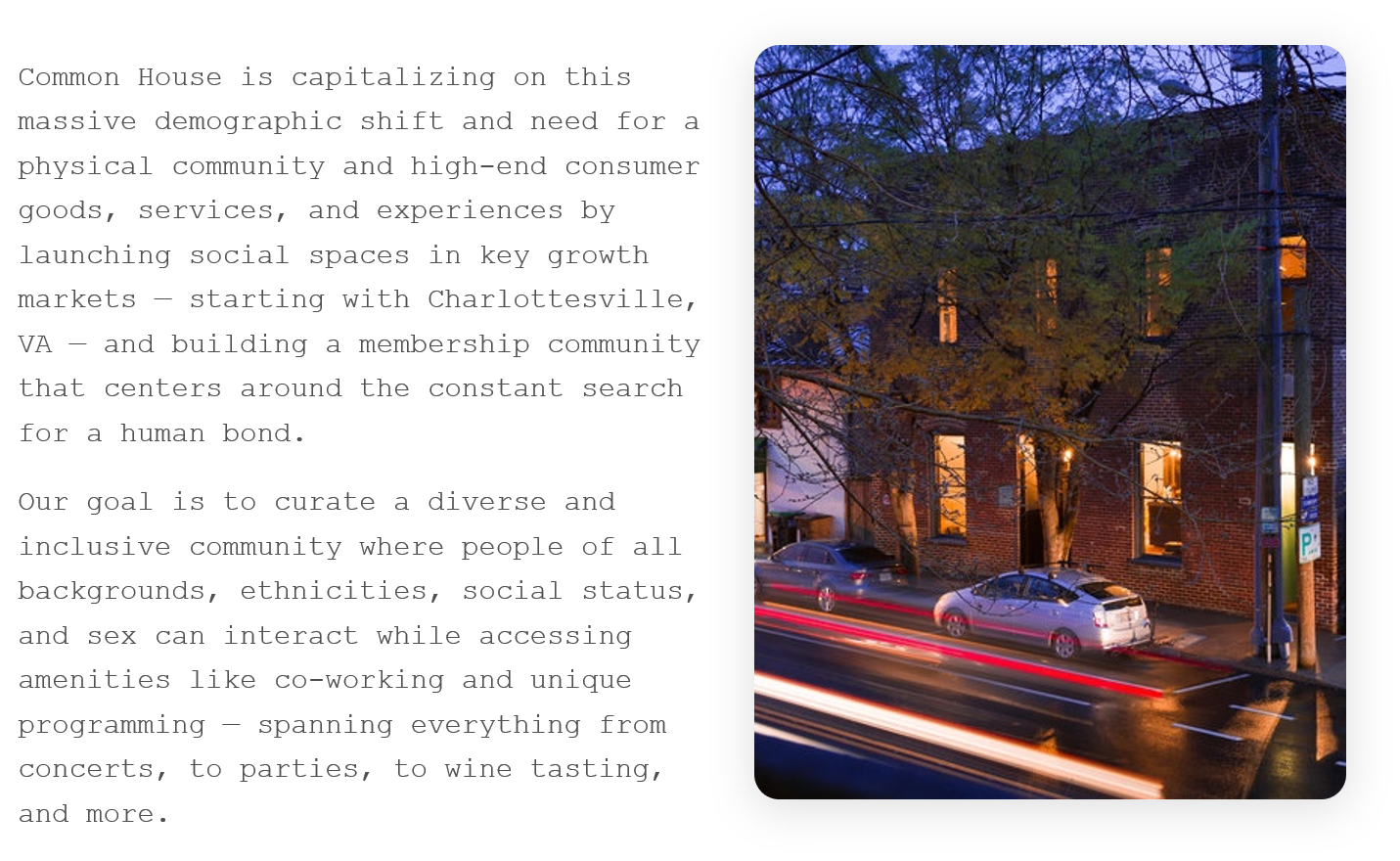 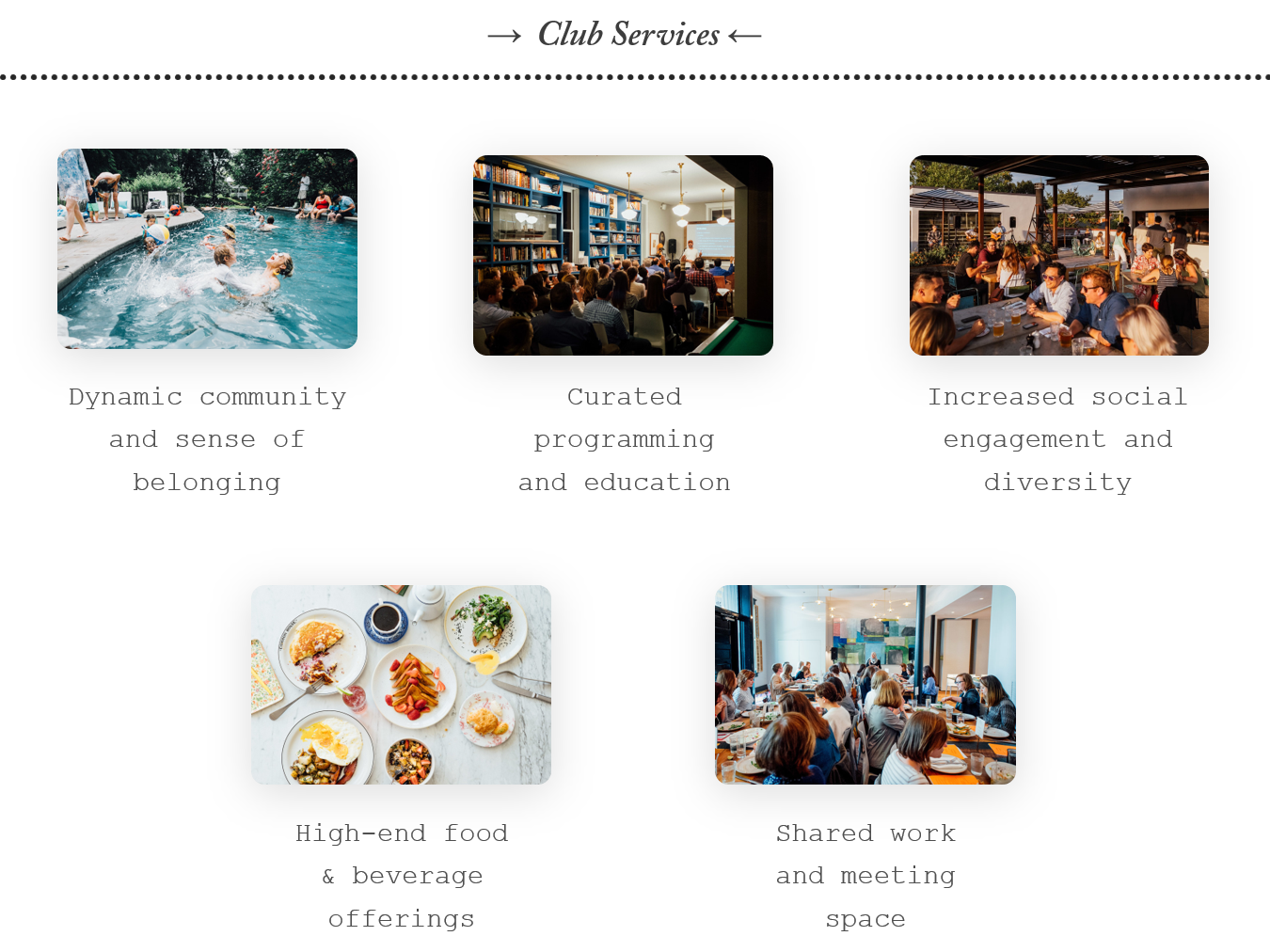 Common House offers a unique range of daily programming that sets us apart from competitors while driving membership, utilization, and revenue. With 700+ offered programs to date, we understand that programming is the backbone to shared experiences.

NOTEWORTHY STAPLES | Unique, substantive events set membership apart from other communities – example: a “Concert in the Blind” where members are blindfolded and a private concert happens in the room, most notably with the Head and the Heart

PARTNERSHIPS | Additional perks with local and national partners that create program opportunities – exclusive partnership with Need Supply Co. to curate an in-House pop-up over the Holidays

Our team opened the first Common House in Charlottesville in 2017 and we’ve been growing rapidly since. Here’s a look at a few of our most noteworthy accomplishments to date: 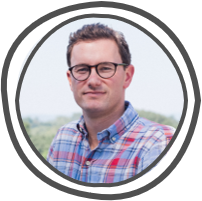 BEN PFINSGRAFF | Co-Founder | Ben focuses primarily on Operations and Finance. He is a graduate of the University of Maryland and was a pitcher for the Phillies for 4 years before earning his MBA from UVA Darden. Prior to moving to Charlottesville to run the Clifton Inn, Ben was in the industrials group with Deutsche Bank’s investment banking division. 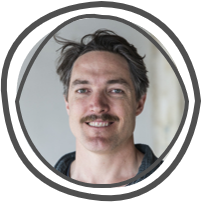 DEREK SIEG | Co-Founder | Derek focuses primarily on all things creative and design. After graduating from UVA, Derek began his career as a travel writer detailing preeminent hotels and restaurants before landing in LA where he wrote and directed critically acclaimed films—including Swedish Auto and recently released on Amazon, Hot Air. 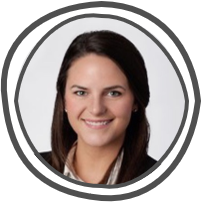 MEG DOUGHERTY | Operations and Expansion | A graduate of UVA, Meg helped expand the Scout Guide from 20 to 75 markets across the Southeast before going to UNC Kenan-Flagler for her MBA. Meg focuses primarily in operations and expansion and has been a crucial part of laying the groundwork of the team as the company prepares to grow. 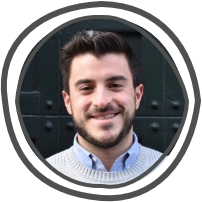 JOSE BERMUDEZ | Finance | Jose focuses on the finance and strategy for the company. He earned his undergraduate degree from the Wharton School at the University of Pennsylvania before working in the investment banking group at Credit Suisse for a few years. Jose was subsequently the Director of Corporate Development for restaurant company Make It Nice (Eleven Madison Park, The Nomad, Made Nice, Davies and Brook).