Introducing Cumulus One: on a mission to provide the next generation of travelers with the highest quality travel and tourism experience on the market — all through one company using cutting edge specifically design Machine Learning (ML) and Artificial Intelligence (AI) to target each individual visitor. 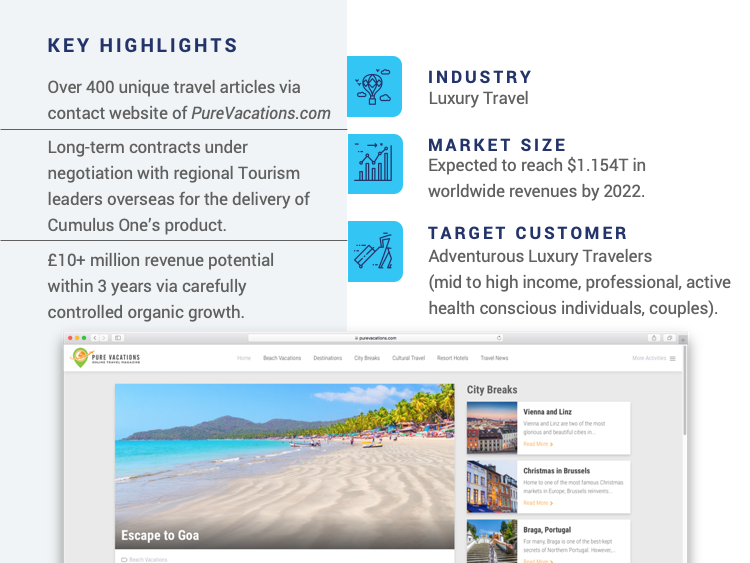 At Cumulus One, our goal is to establish the company as the leading name in travel media and travel services using our own designed cutting-edge Machine Learning and Artificial Intelligence and by leveraging our main website purevacations.com to start the capture of important data.

Our roadmap to get there consists of a few key phrases which include: 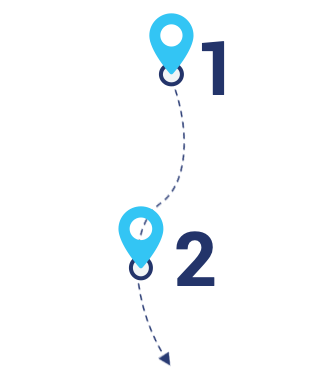 Initially positioning Cumulus One as travel media service, focused on offering inspiring travel articles with a touch of luxury and adventure and travel packages via Pure Vacations, our online travel magazine with a domain name that is over 20 years old (purevacations.com).

Capturing a percentage of market share of viewers and then converting a % of the Pure Vacations traffic to profitable bookings of accommodation andprofitable package travel specialist solutions. 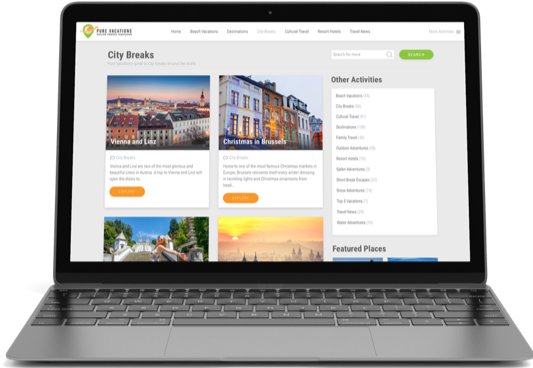 Current Status | PureVacations.com is already launched and live and well-established in the market-place. This will be the foundation for growth and cross-over required to succeed. The site is advert free and allows for fast loading and navigation.

How We Fly
Above the Rest

Cumulus One will set itself apart in the tourism market as a top quality, full-service provider that delivers a range of unique, value-packed services, including the following: 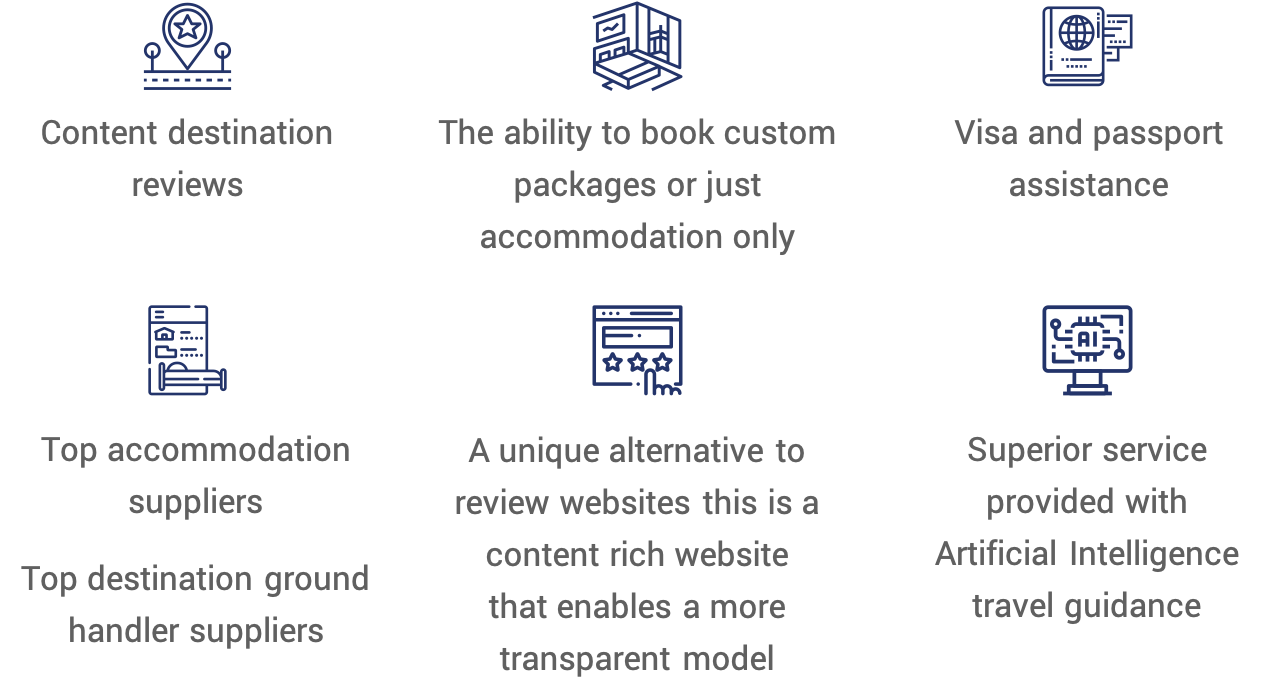 Harnessing the Power
of ML and AI in Travel 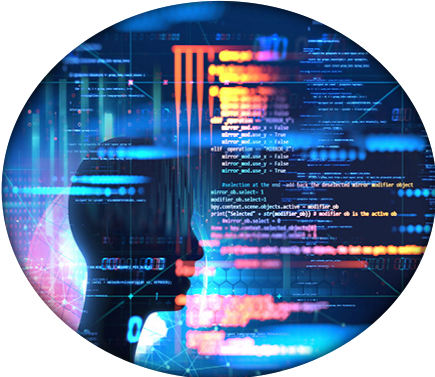 We plan to integrate ML and AI into our platforms to analyse customer data efficiently. This data can then be used to make suggestions to travellers and encourage a sales conversion by providing relevant travel options, support, and advice in a natural live environment. 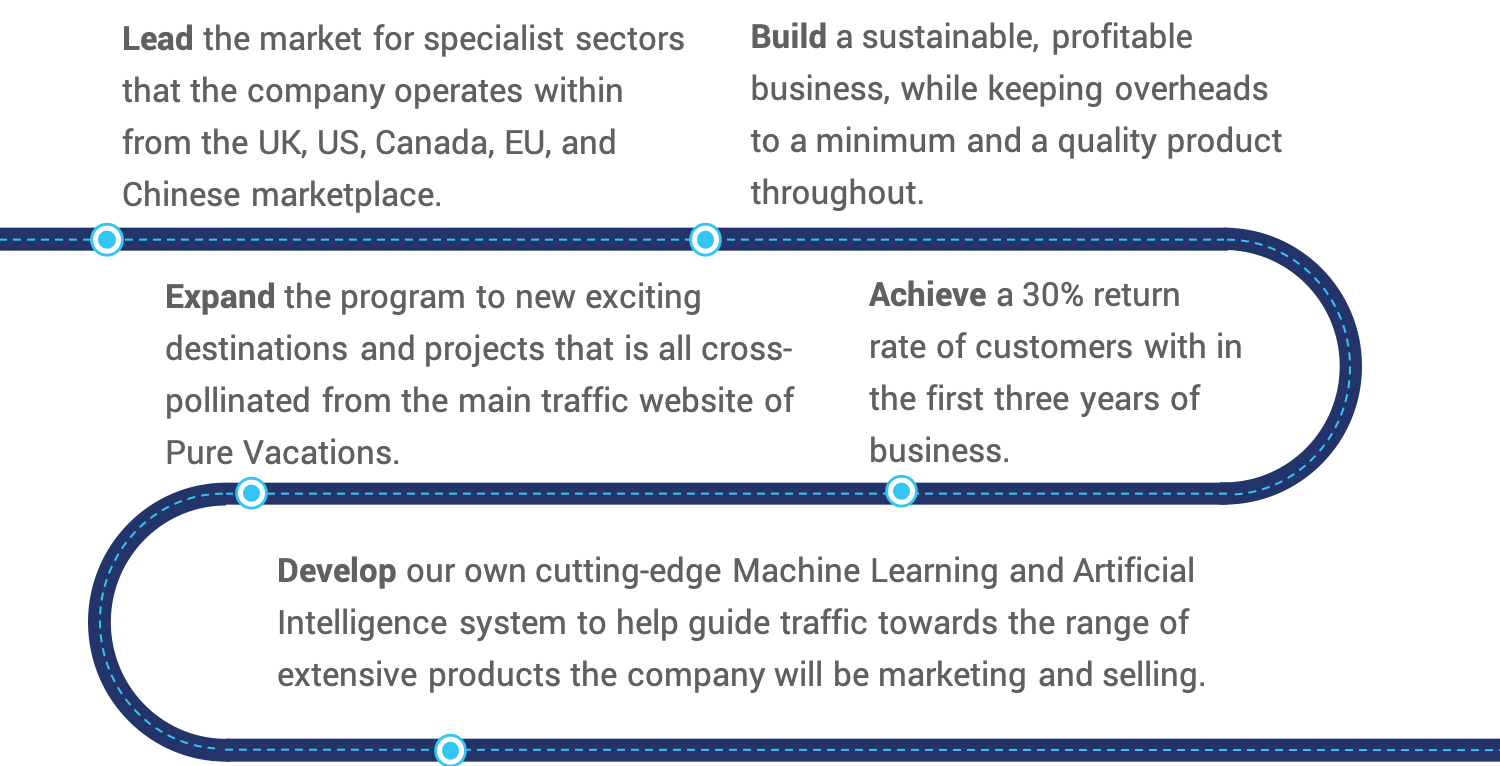 Cumulus One
Is Taking Off 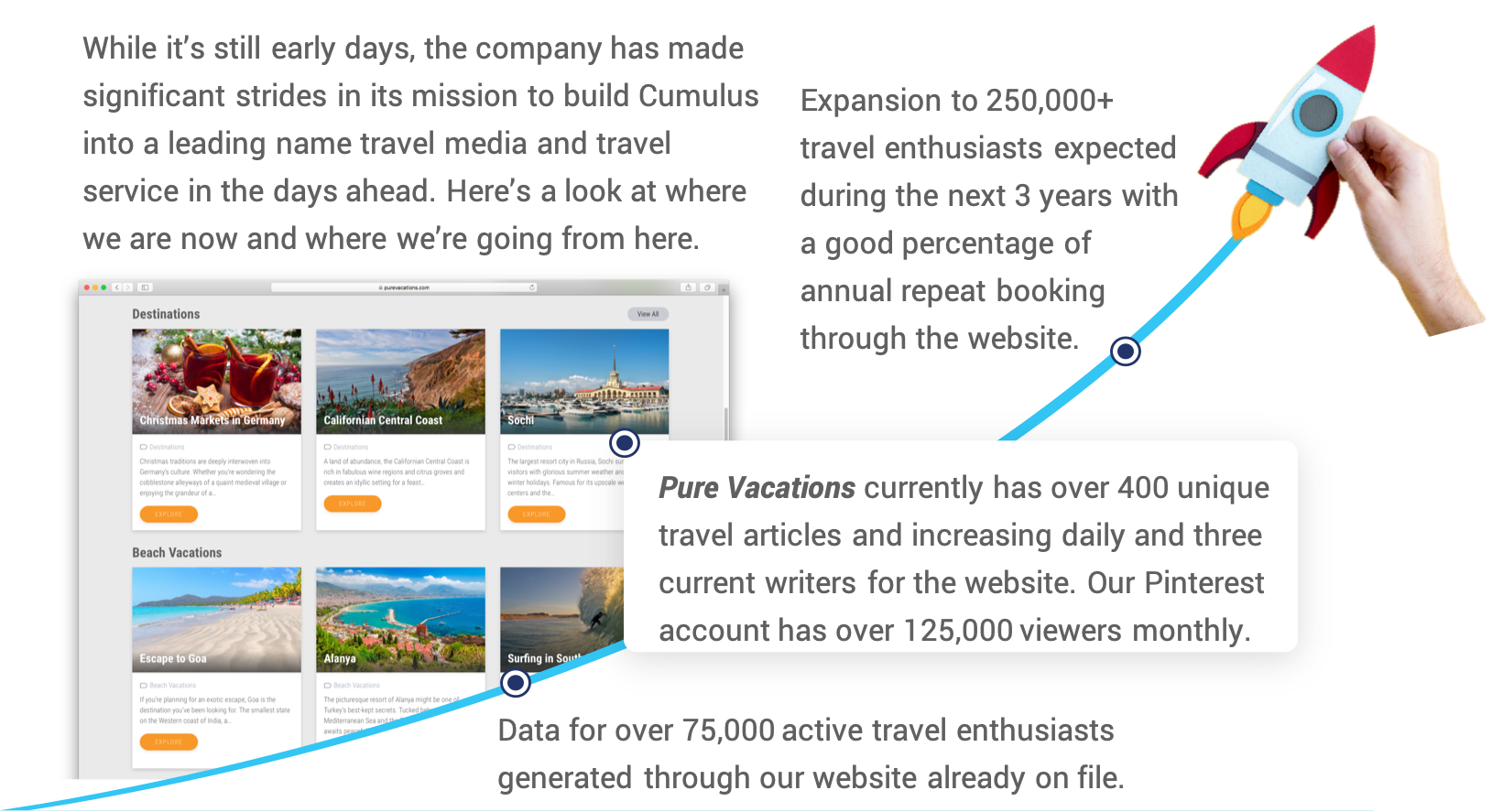 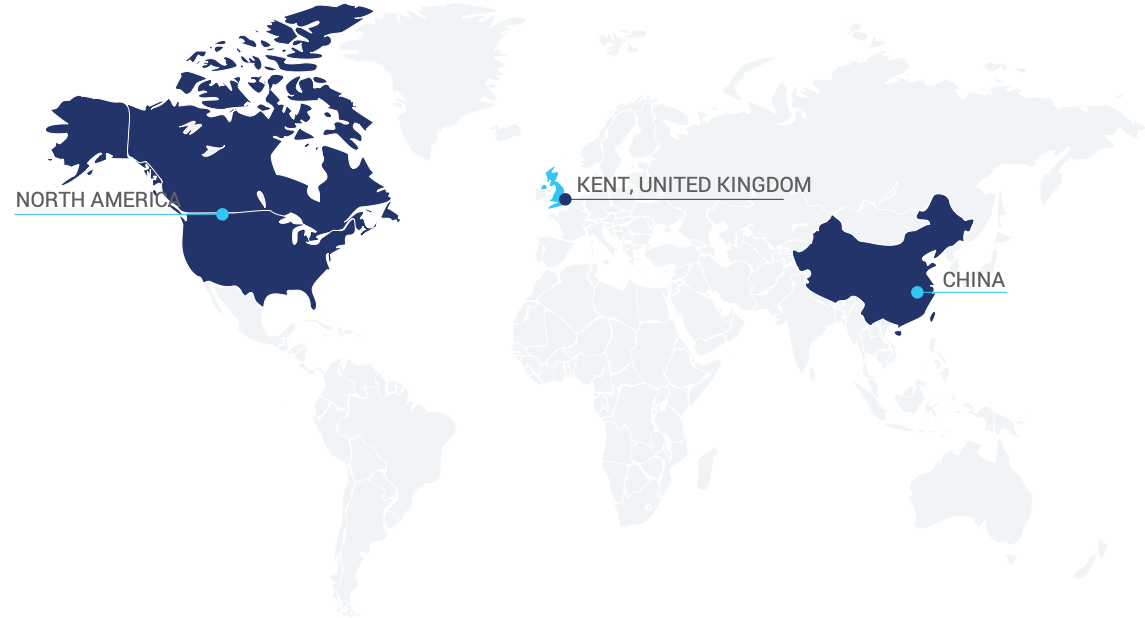 The first year will be used to enhance the unique Pure Vacations Travel product range and start to develop our travel enthusiast’s product line that suits the requirements of the traveler with integration of ML and AI and setting up of Package Travel and Accommodation booking systems. 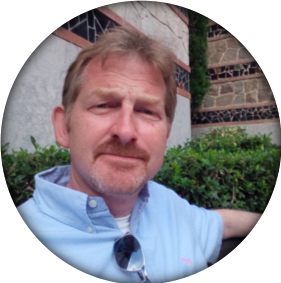 He has been a Senior Manager and Director in the travel industry since the late 1980s and learnt his trade within numerous senior positions while employed at Thomson Holidays (the then world’s largest travel company).

Wesley founded and ran one of the most dynamic surf travel companies for over 12 years taking over 160,000 surfers to 49 worldwide destinations. He successfully expanded the travel package company into other markets of Adventure and Sport Activity before selling the business to a Spanish company in 2007.