Patented drug delivery microcatheters for the treatment of cancer. 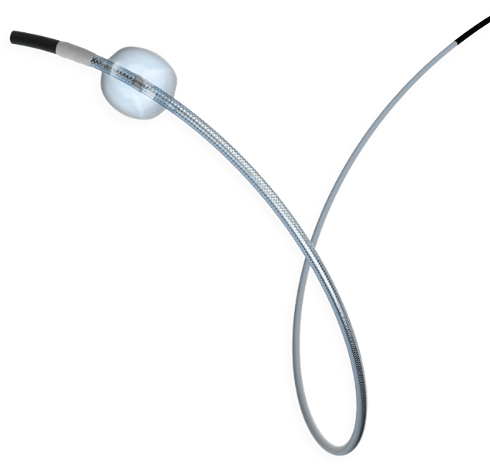 Embolx is a medical device company that manufactures and sells patented drug delivery microcatheters. These devices infuse therapy directly into a tumor and improves remission rates by 41% and five-year survival rates by 53%. 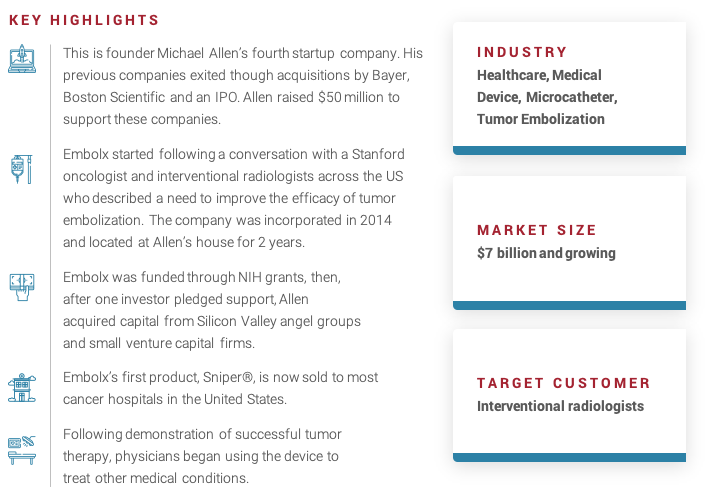 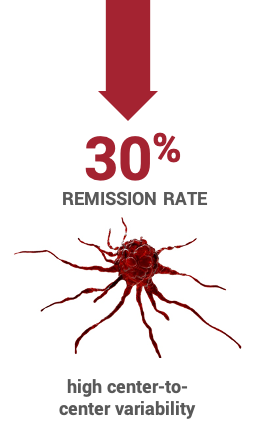 Transarterial tumor embolization is minimally invasive and generally without systemic complications. In this technique, tiny particles are injected directly into the tumor arteries and block blood flow (embolize), starving the tumor of oxygen. The microparticles can contain drug or radioactivity. Microcatheters are used to deliver the tiny particles.

We sought to research, and then develop, a device that produces a highly selective delivery and improves the amount and distribution of drug into the tumor.

Embolx is committed to dramatically improving the treatment of cancer and a variety of other conditions including benign prostatic hyperplasia, and uterine fibroids.

How we do it, is what we believe is a game-changer. 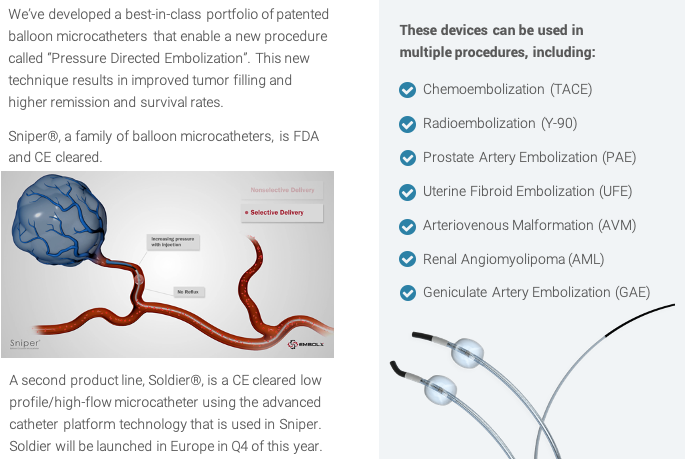 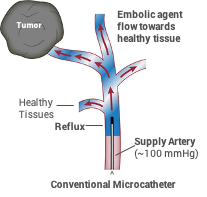 Standard Microcatheter (same general design since the 1970’s)
Standard microcatheters rely on normal blood flow to deliver microparticles and drug to a tumor (Flow Directed Therapy). Since blood flow travels to both the tumor and health tissues, it is not surprising that: 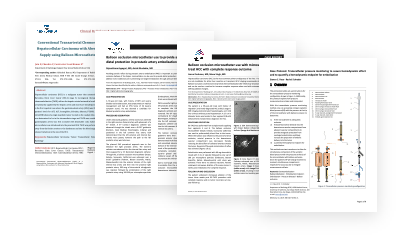 To date, there have been 4,500+ successful clinical cases at leading medical centers. From 2018-19, clinical studies involving Sniper led to 11 clinical publications in top medical journals.

SOCIAL SIGNIFICANCE
A 51-year-old female with two children in high school had at least six fast-growing tumors in the right lobe of her liver. She was expected to live for no more than several months. A procedure was completed where Sniper delivered radioactive particles. All tumors were destroyed. The patient was cured. 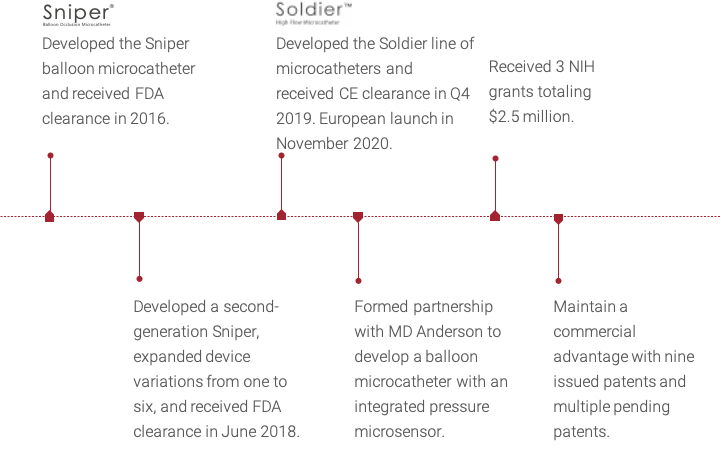 Michael Allen
FOUNDER & CEO
Allen is a Silicon Valley entrepreneur with 30 years experience leading diagnostic and medical device companies from inception to exit. He held the position of President & CEO at Metrika (acquired by Bayer) and XLumena (acquired by Boston Scientific). At ChemTrak, Mr. Allen was the Vice President of R&D which went public in 1993. He holds a degree in Biochemistry from University of California Berkeley and has 15 publications, 35 issued and pending patents and six products that are being sold to hospitals, physician offices and over the counter.

Michael Lin
DIRECTOR OF FINANCE
Michael Lin has over 20 years experience in financial and operational management. Prior to joining Embolx, he was the VP of Finance and Accounting at B-Bridge International. Michael has held various senior positions at Imperito Networks, ArcSoft, Pai Accountancy in addition to co-founding Proficio, a managed security service provider. Mr Lin received his degree from Boston University.

Larry Stevens
DIRECTOR OF OPERATIONS
In his 35 years of experience in medical device operations management. Stevens has led multiple global manufacturing facilities and managed quality and regulatory functions. Prior to Embolx, Mr. Stevens served as VP of Technology Operations at Vium Inc., Global Vice President of Operations and Embedded System Development for Robert Bosch Healthcare, Director of Pperations at Think Surgical (formerly CUREXO), and Director of Operations at Cardima. Following serving in the US Navy, Mr. Stevens received his B.S. in Technical Management from DeVry University, and has certifications in Business Management, Project Management and Lean-Six Sigma.

Tom Breton
MANAGER OF RESEARCH & DEVELOPMENT
In his 30+ years working almost exclusively in smaller startups, Breton has gained broad experience in device innovation, product design and development, and clinical involvement. His background extends into cardiology, peripheral vascular, surgery, and neurovascular radiology. He’s been instrumental in developing a number of medical devices which led up to eventual acquisitions by Medtronic, Boston Scientific, WL Gore, & J and others. He is a graduate of the University of Massachusetts-Lowell with a BS Degree in Mechanical Engineering. He also holds a number of patents and patent applications related to innovative medical devices.