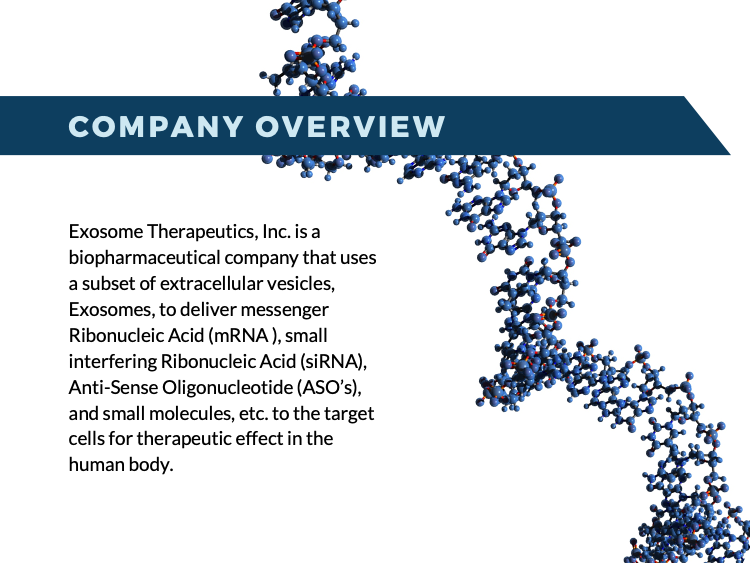 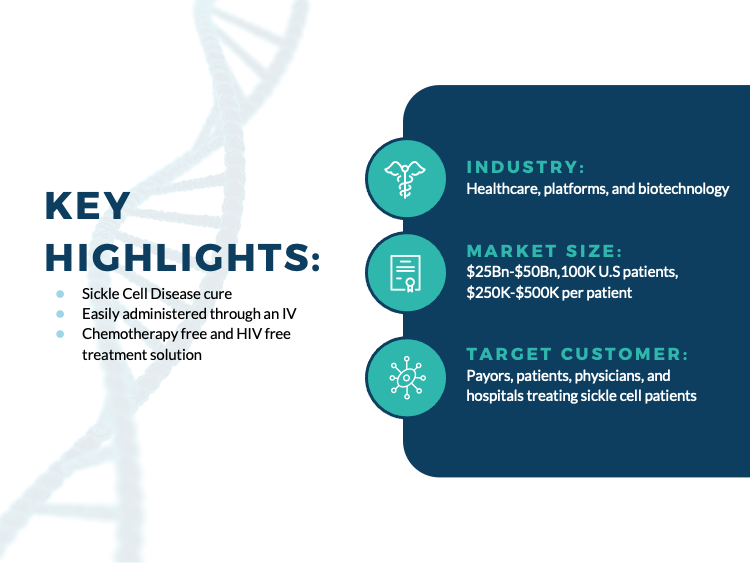 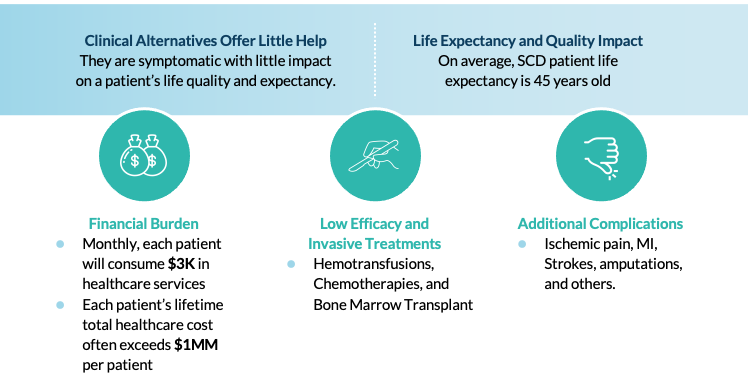 With a cure, patient mortality rates and vascular complications will be eliminated. 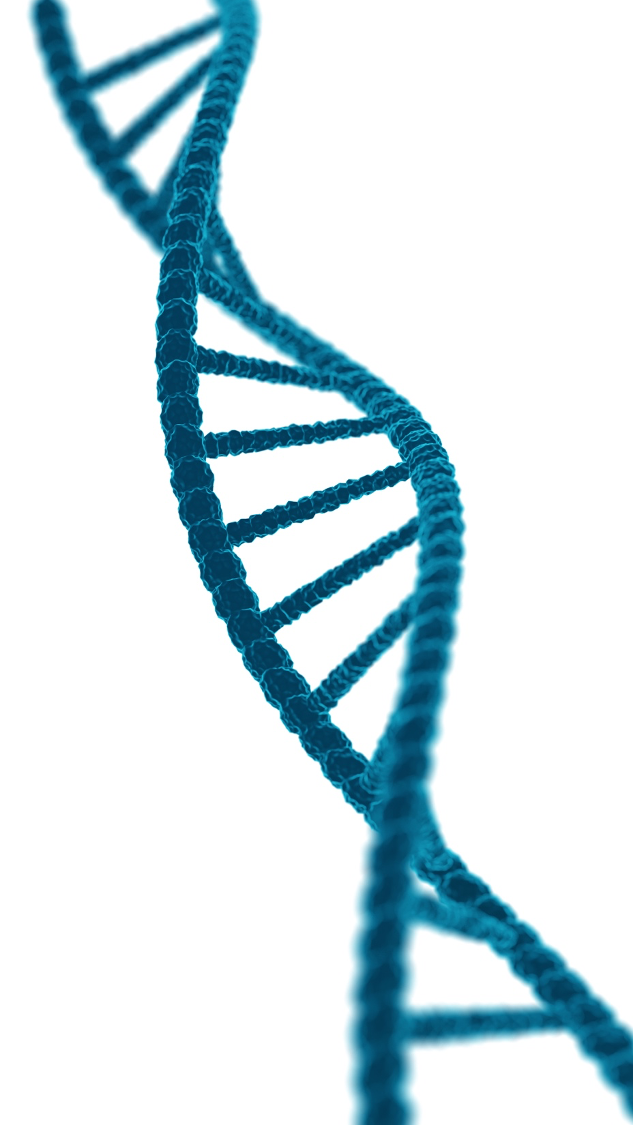 Ex-vivo DNA/genome corrections: long term corrections with the safety switch on and off technology. 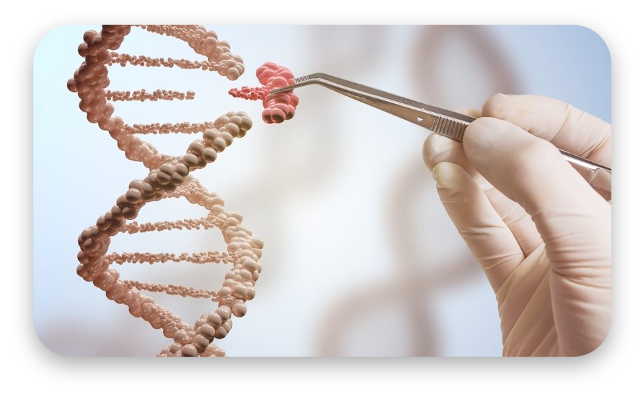 Our cutting-edge exosome technology with base editing will correct the single nucleotide mutation in the adult HbA gene and restore its normal sequence.  The exosomes provide a very safe vehicle for the base editor to get into the bone marrow cells and correct the patient's genetic mutation at the DNA level.

Therefore, this will cure the disease as normal hemoglobin will be produced and will not affect the shaping of red blood cells (sickling) and its devastating vascular complications and associated mortality. 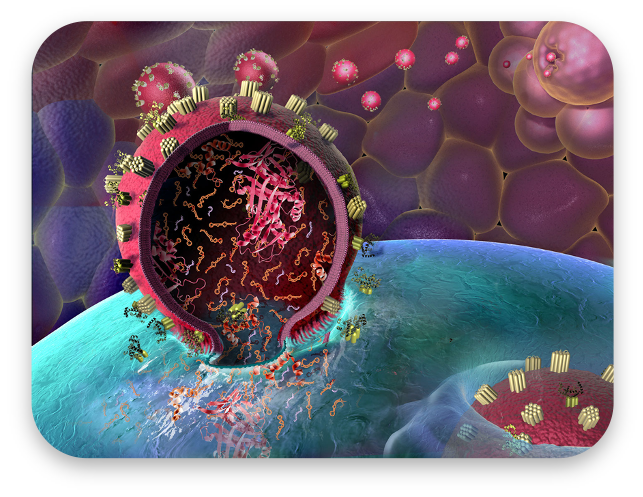 Exosomes Explained
The exosomes are specialized to fuse with the cell membrane and incorporate whatever material they carry. We have a proprietary platform that enables us to purify the exosome for clinical use (cGMP) and load them with a particular gene, protein, or small molecule. 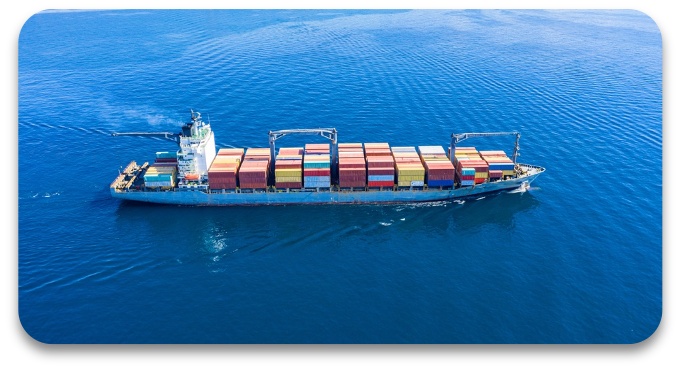 Shipping and Storage
Once the complex exosome-therapeutic cargo is assembled, it can be stored or shipped with a shelf life of 6 months at room temperature or up to 3 years if frozen. 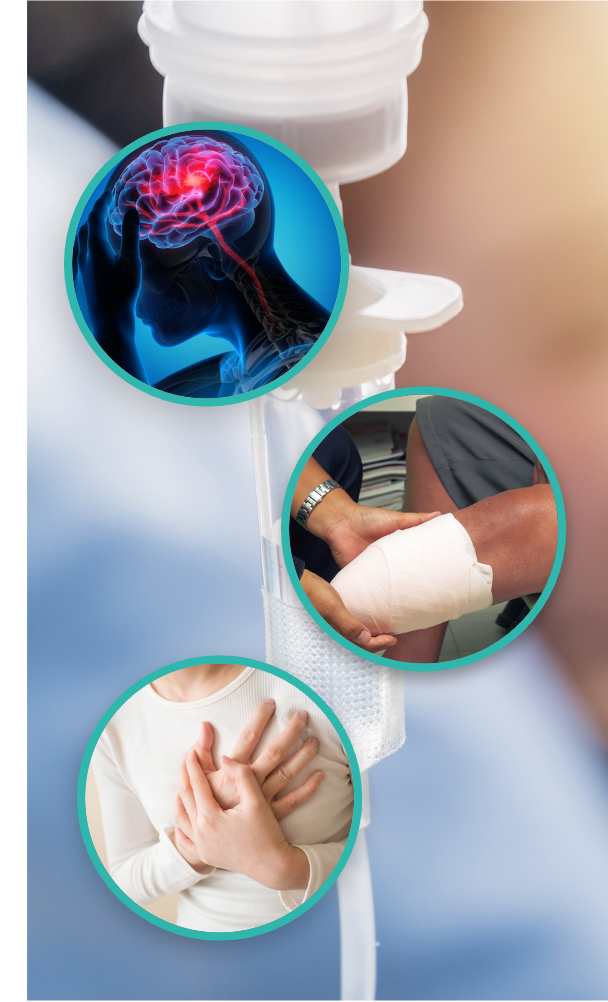 SCD Focused
For SCD, the exosomes will be containing a base editor, and the complex exosome- cargo will be delivered via I.V. injection in patients. For in vitro testing, it will be diluted at the optimal ratio in cell media. This will be a single injection targeting the resident bone marrow cells using a tissue-specific promoter (safety lock) that specifically targets bone marrow cells. No other cells will be activating the base editor. Therefore it will not be edited. The base editor will patch the genetic defect in the DNA of the bone marrow cells; therefore, cells maturating from it, such as the red blood cells, will not contain any sickle hemoglobin but normal healthy hemoglobin. The red blood cells will no longer change their shape and will not stick together, forming clots and infarcts in the heart, brain, retina, and any other vessel in the body. This will prevent such an ischemic crisis and its mortality. 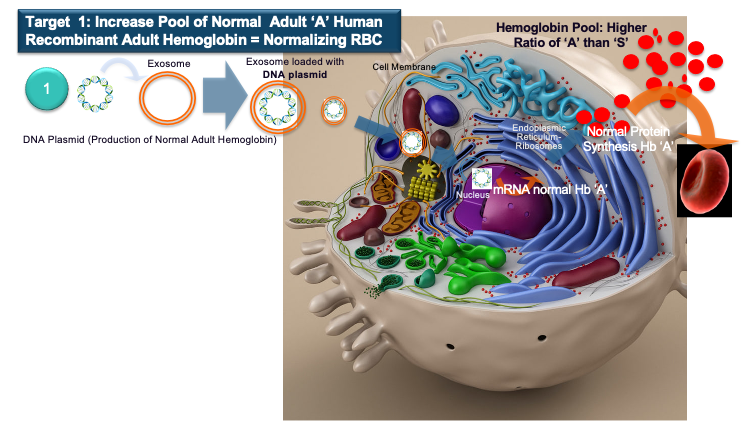 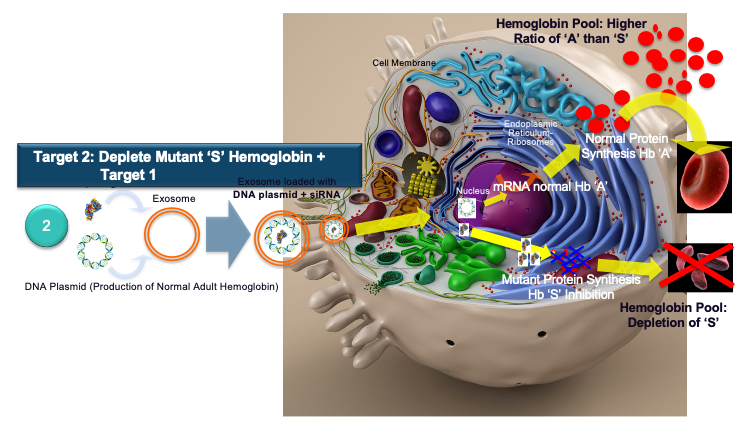 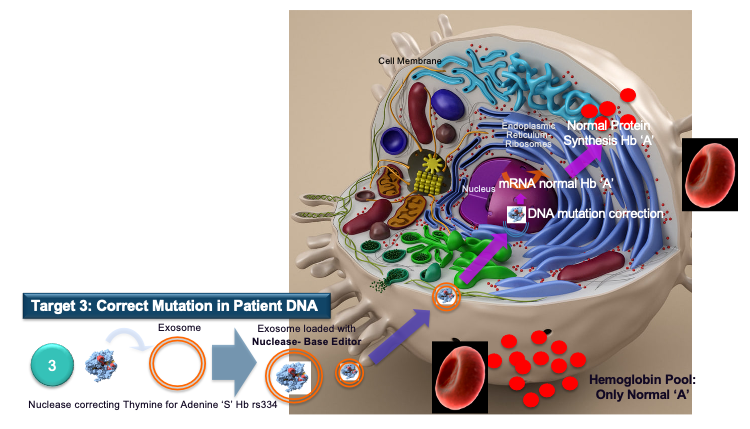 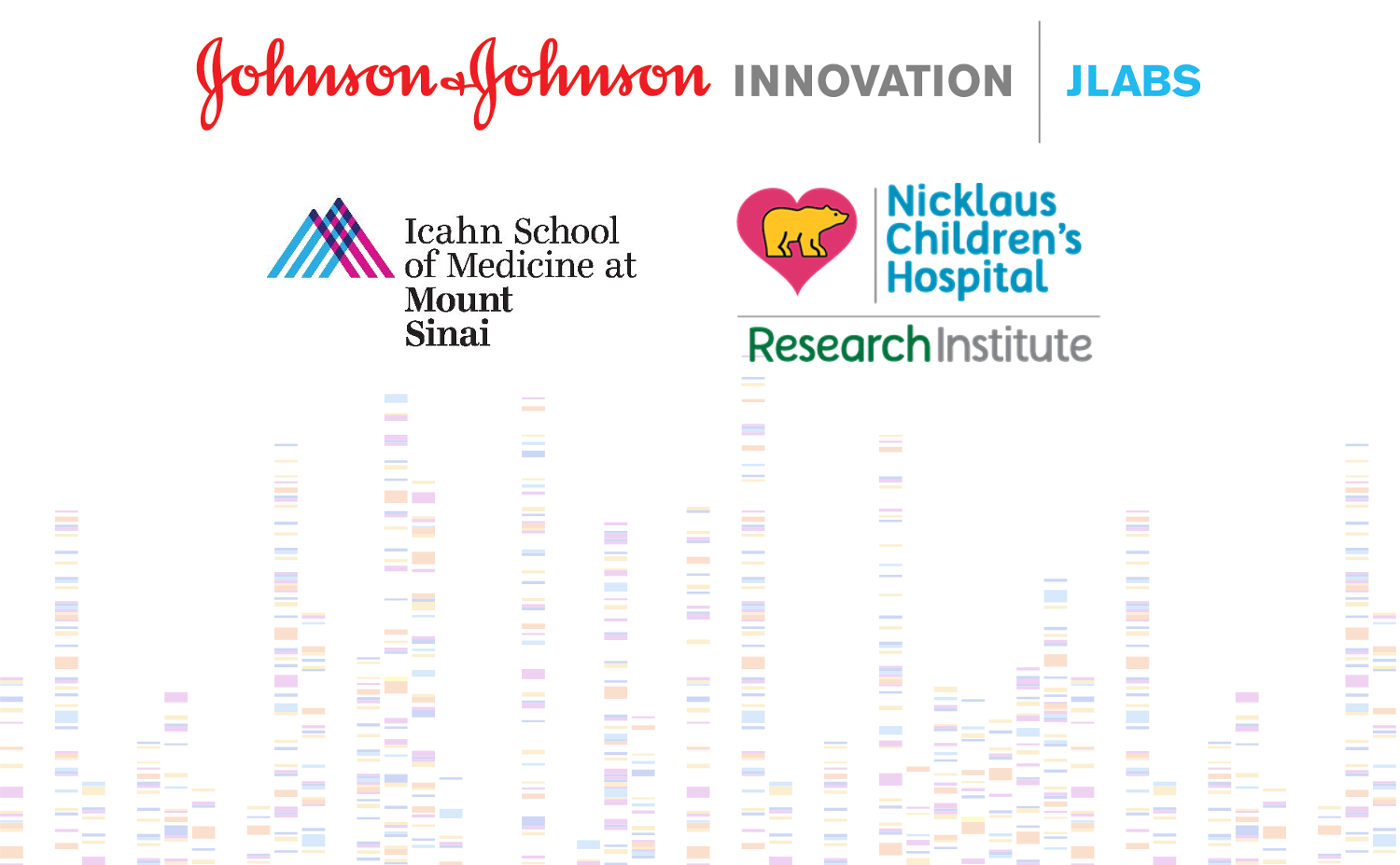 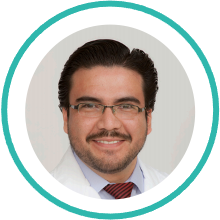 DR. GERARDO RODRIGUEZ, M.D., PHD.
Co-founder, Chief Medical and Scientific Officer
Dr. Rodriguez is an internationally recognized cardiovascular endocrinologist, gene therapist, executive, and healthcare entrepreneur. Dr. Rodriguez is a professor at the University of Arkansas with a focus on gene therapies and exosomes. Dr. Rodriguez has co-founded various academic and private institutions such as the Arkansas Institute for Regenerative Medicine and first pioneered pharmacogenomics in Japan. Professor Rodriguez serves as a scientific advisor for over 25 top-ranked global pharmaceutical companies. He received his PhD. in gene therapy in Japan's most prestigious gene therapy lab (Prof. Kaneda’s Lab).  He  serves as a scientific board member at the American Heart Association, ADA, and others. Dr. Gerardo Rodriguez is the author of hundreds of papers, book chapters, patents, and clinical trials. 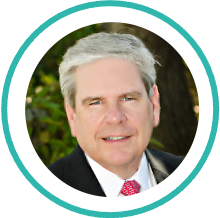 STEPHEN R. PUCKETT, SR.,
Chairman
Stephen has an extensive track record of successfully managing complex organizations and intricate healthcare projects in a wide range of healthcare segments. Early in his career, he held significant positions in large multi-hospital systems from the University of Alabama Hospital to COO of Atrium Healthcare (formerly Carolinas Healthcare System). Stephen founded MedCath Incorporated, a cardiovascular services company that grew into a publicly-traded healthcare company. Stephen has founded four healthcare companies that have been listed on the INC 500 fastest-growing companies list in the United States.  Stephen has a demonstrated track record of raising capital and building global healthcare teams, attracting, retaining, and developing talented physicians, scientists, technicians, and allied health personnel to deliver significant healthcare achievements. As well, Stephen founded SonaCare Medical, a company in the high intensity focused ultrasound space that achieved FDA approval for the ablation of prostate tissue for men who have prostate cancer. He is the winner of the E&Y Entrepreneur of the Year Award in North Carolina. 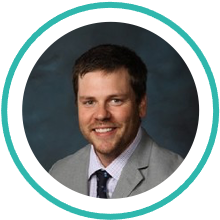 MITCHELL WOOD PUCKETT,
VP Sales and Marketing
Mitchell is an Exosome Therapeutics board member and investor. Mitchell will not be participating directly in the experiments funded by this grant. However, he does have the training, knowledge, and expertise needed to carry out this research project. His vast background in successfully managing regenerative medicine companies will allow him to run this project effectively. Mitchell co-founded Arbitrage Medical, LLC, in conjunction with the Arkansas Heart Hospital to investigate the effects of autologous stem cells in C.O.P.D. patients. He has demonstrated he can successfully attract and develop top physicians, researchers, and company personnel to achieve company benchmarks. Mitchell is motivated by this project, delivering a meaningful impact on patient outcomes by improving their quality of life. 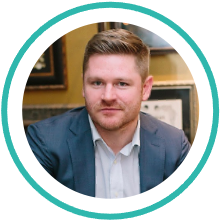 STEVE PUCKETT JR.,
Board of Directors
Steve co-founded Sonacare Medical, a therapeutic ultrasound company utilizing high intensity focused ultrasound on treating prostate cancer. He oversaw the regulatory strategy that resulted in the company receiving clearance from the FDA in 2015. Steve has experience starting up healthcare operating units in over 20 different international markets. Steve has the training, knowledge, and expertise needed to serve Exosome Therapeutics effectively.  His experience from successfully managing regenerative medicine companies will allow him to run this project effectively. Steve co-founded Arbitrage Medical in-conjunction with the Arkansas Heart Hospital to investigate autologous stem cells' effects in COPD patients. He has the ability to attract key opinion leaders to healthcare organizations. He has demonstrated he can attract and develop top physicians, researchers, and company personnel to achieve company benchmarks.