A family-friendly video game platform for all skill levels 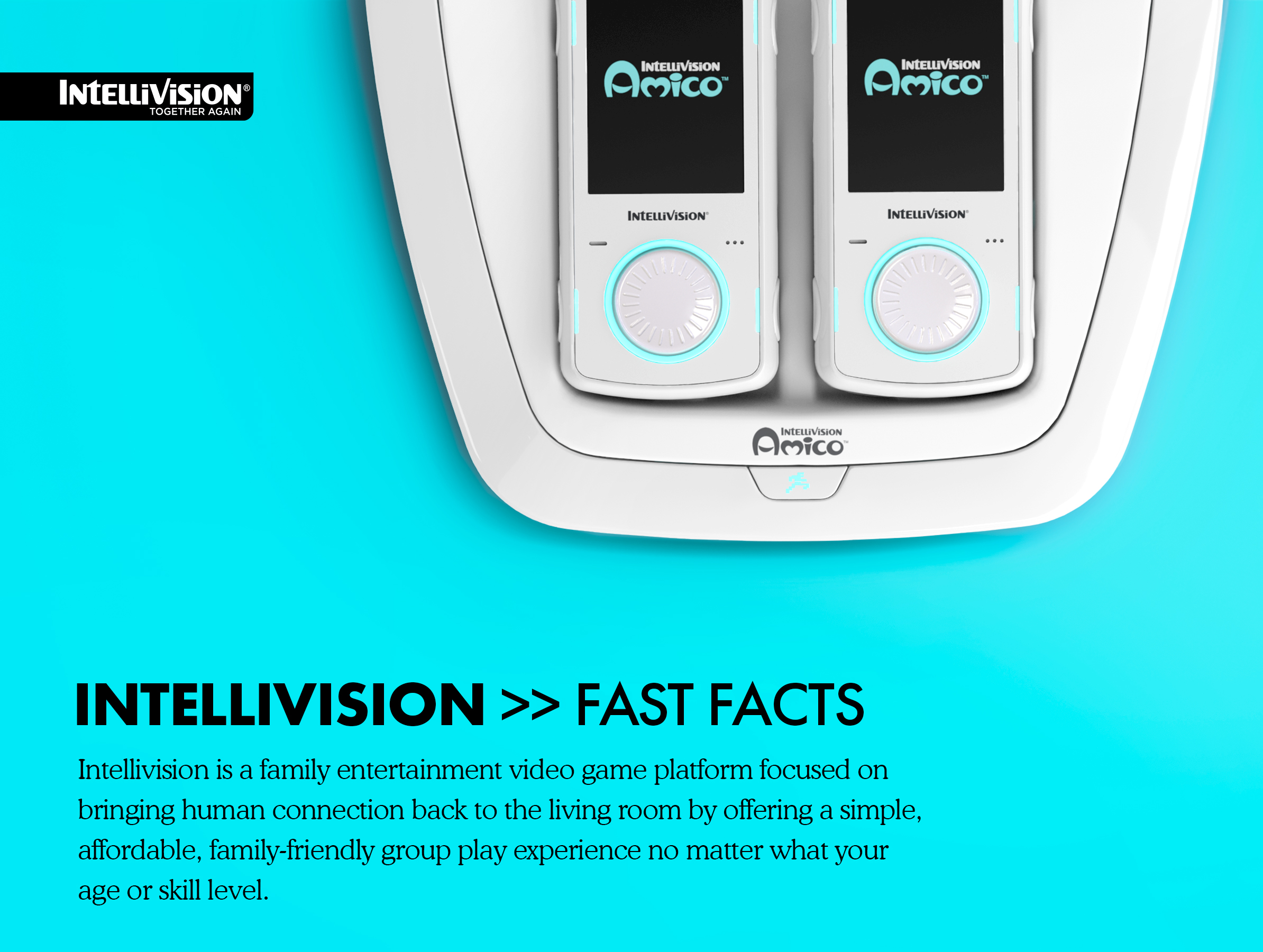 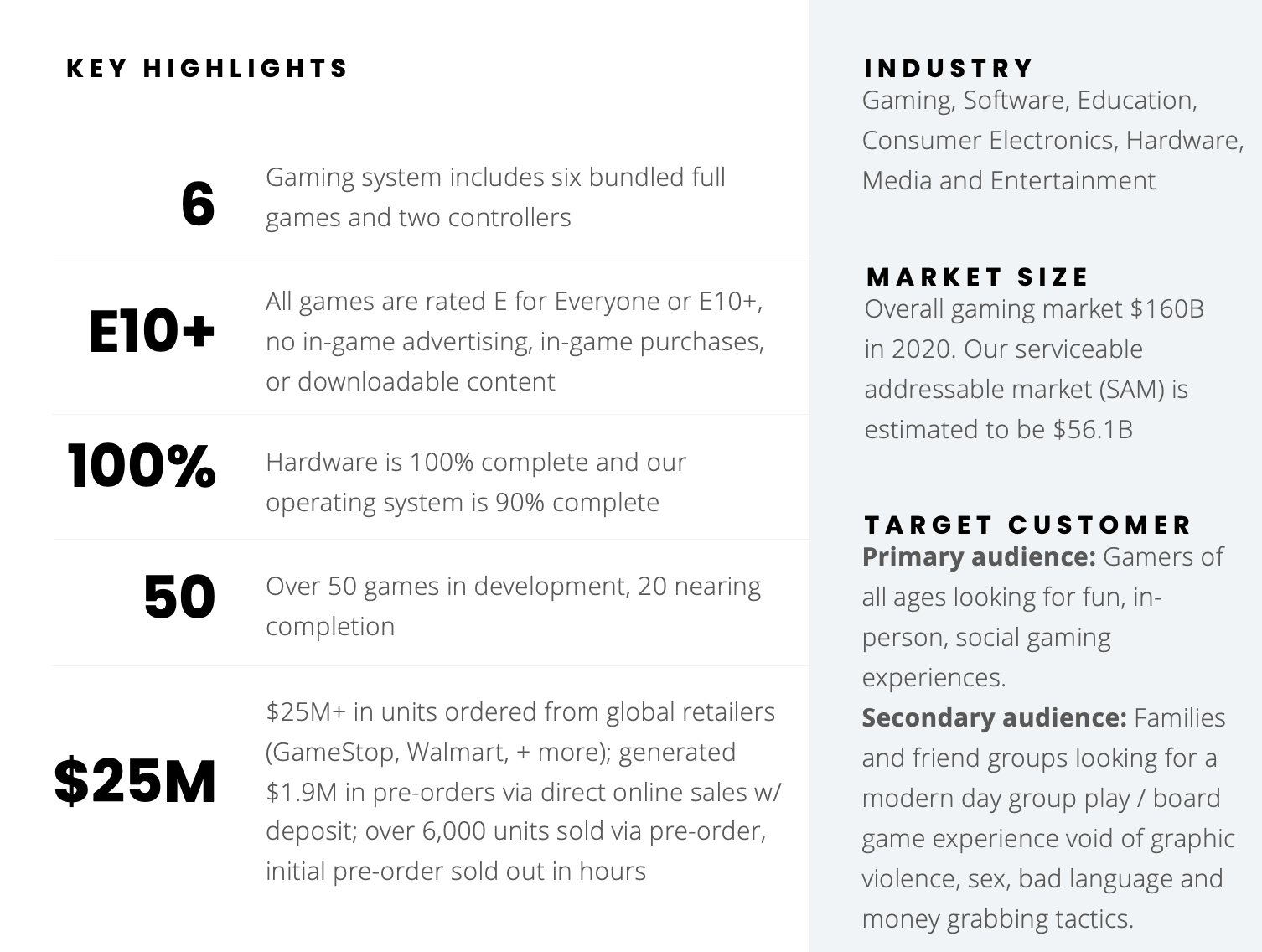 In today’s current market there is no simple, engaging, unified entertainment platform all family members can enjoy equally.

Playing together is a concept that Intellivision and Atari introduced in the early 80’s. The last time we saw family gaming was 15 years ago with the Nintendo Wii, which sold over 100 million units -  the third best selling console of all time. Unfortunately this platform was replaced by mobile oriented gaming, geared towards gaming on the go.

With a booming market, gaming is a compelling platform for CHANGE, but the industry has become isolating with kids sitting in a dark room with their headphones on; too complex, frustrating casual gamers who have been migrating to more simple mobile games; and highly driven by profit where in-game purchases have now become more than 70% of overall revenue with sophisticated artificial intelligence engines identifying when you are most susceptible to paying yet more money to enhance your game play. 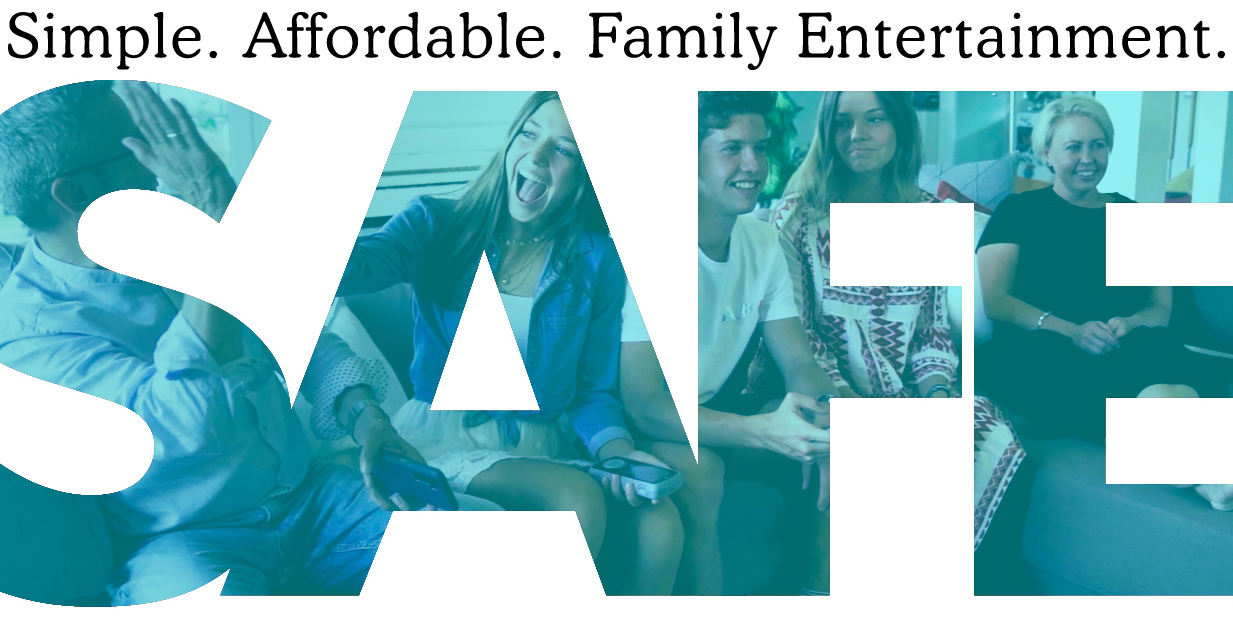 Intellivision has the solution. Introducing Amico, an affordable gaming console that’s simple to use and focused on original, non-violent games that will get families and friends playing games together again.

Intellivision’s Amico is a new video game platform that focuses on human connection through an unparalleled group play experience. 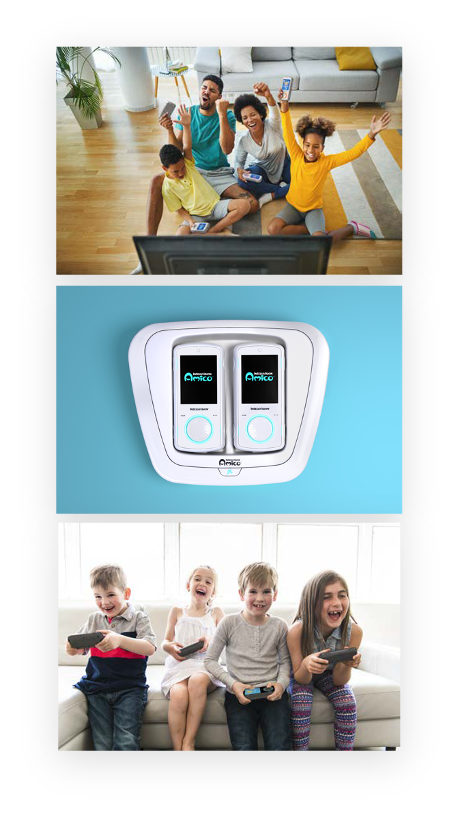 Easy to use: Simple user experience and game controllers with easy-to-learn, hard-to-master games

Family-friendly, non-violent games: Rated E for Everyone or E10+. No Teen or Mature games. No online gaming or toxic chat.

Press Mentions: We have received hundreds if not thousands of press mentions, including from IGN, Yahoo!, VGC, TheWrap, HiddenWires, VentureBeat, Mom 2.0, and many more.

Tommy Tallarico, CEO, 30+ years video game industry icon and one of the most successful video game composers. 50+ industry awards and has worked on 300+ game titles totaling 200M+ units and $10B+ in revenue.

Chuck LaBella, VP, Entertainment Acquisition, 30+ year entertainment executive, former VP of Talent Development for NBCUniversal and projects such as ”The Masked Singer”, ”Holey Moley”, “The Apprentice”, “Celebrity Apprentice”, “Who Wants To Be A Millionaire”, “America’s Got Talent” and “The Voice”.