Fulfills desire to meet new friends/dates they are interested in 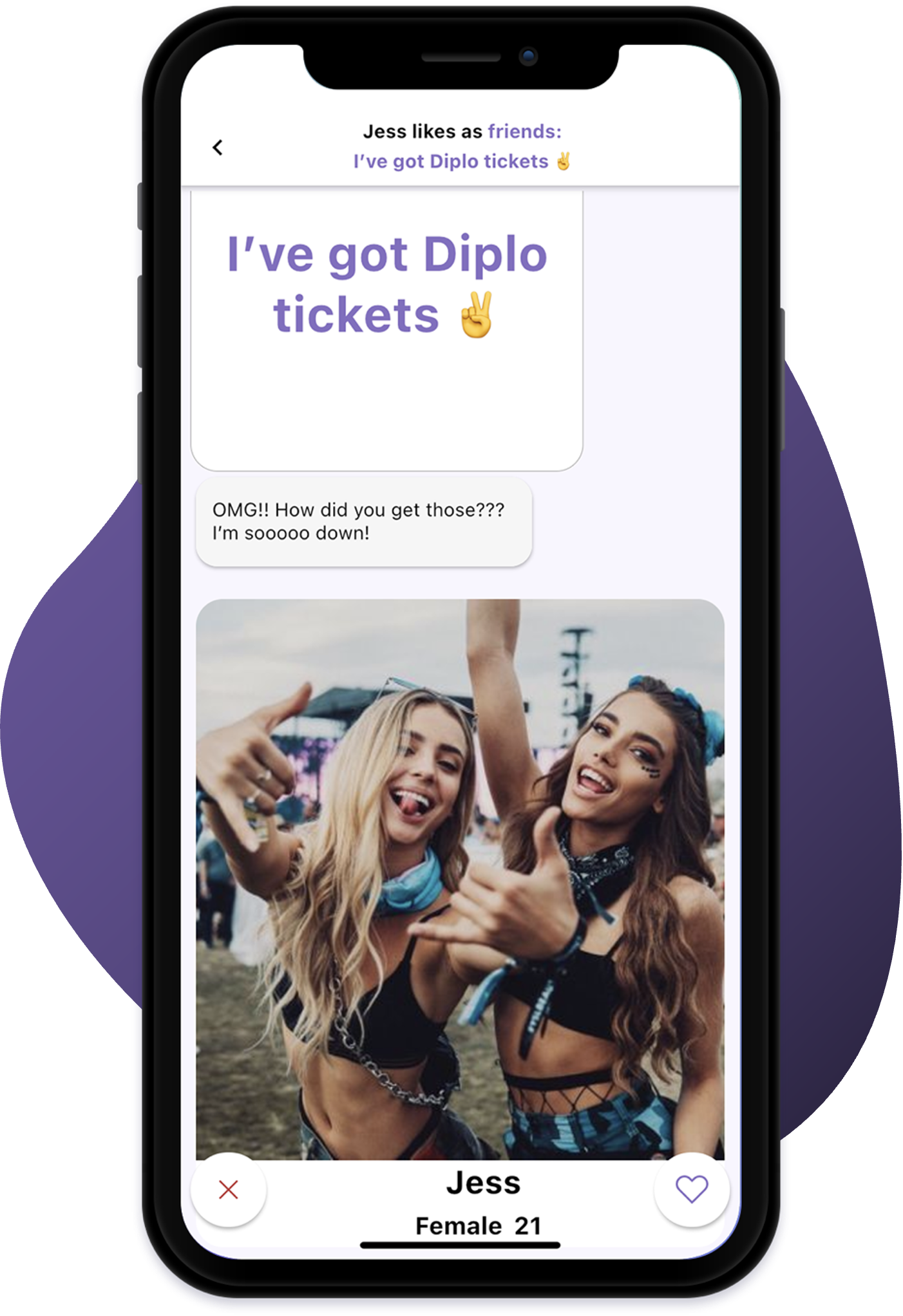 We all want to meet new people...but how? Social media works for some, but what if we have a real-world experience, we'd love to share with someone else? Where do we turn? Whether looking for a date, a friend or just someone to hang with for the night, Michael Luongo realized there wasn't an app for that -- so he set out to create one.

He essentially made a "Tinder"-like app for meeting people who want to go to the same event or do the same hobby together. You “match” around the event or hobby, instead of just a shallow profile. 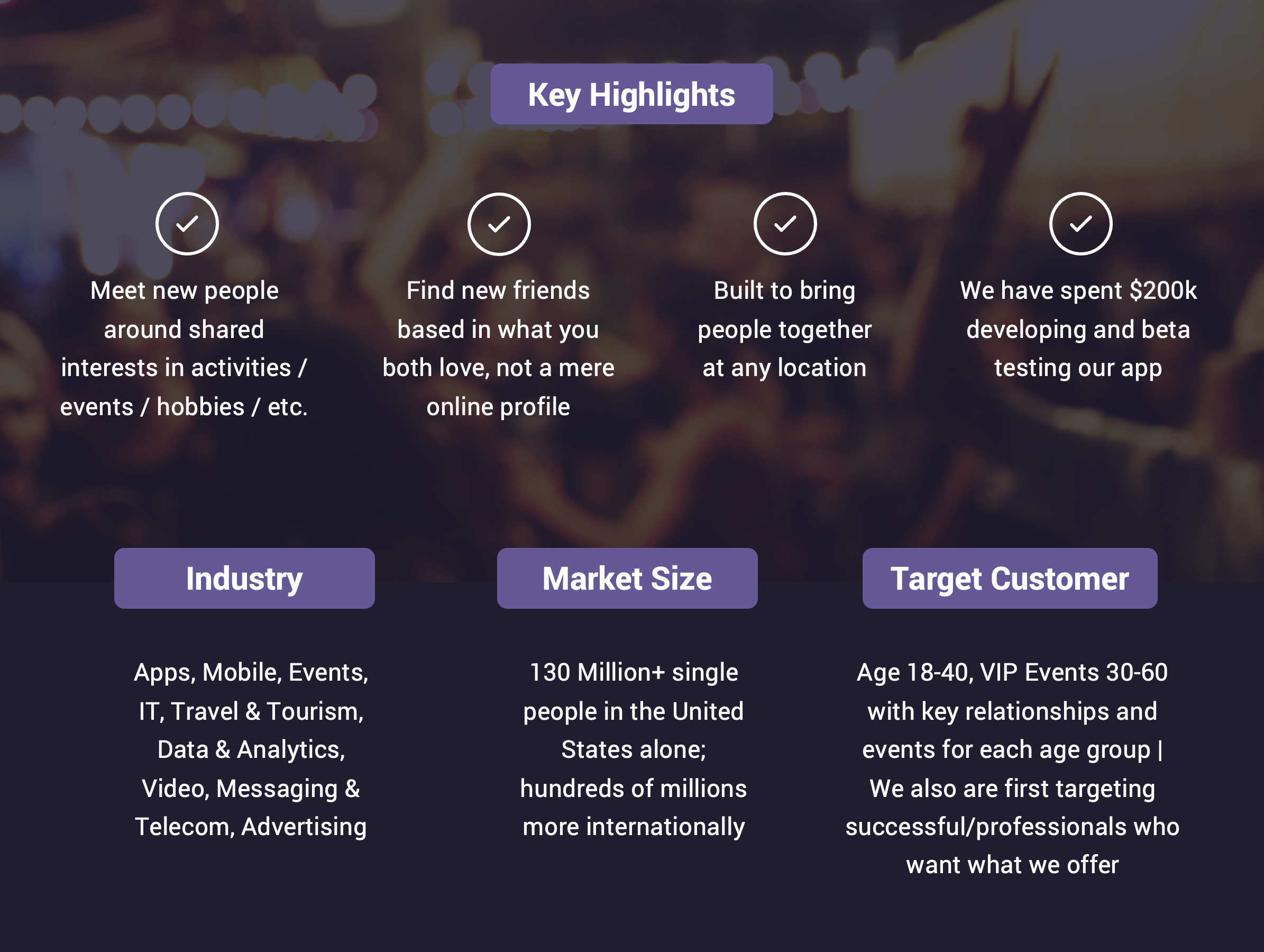 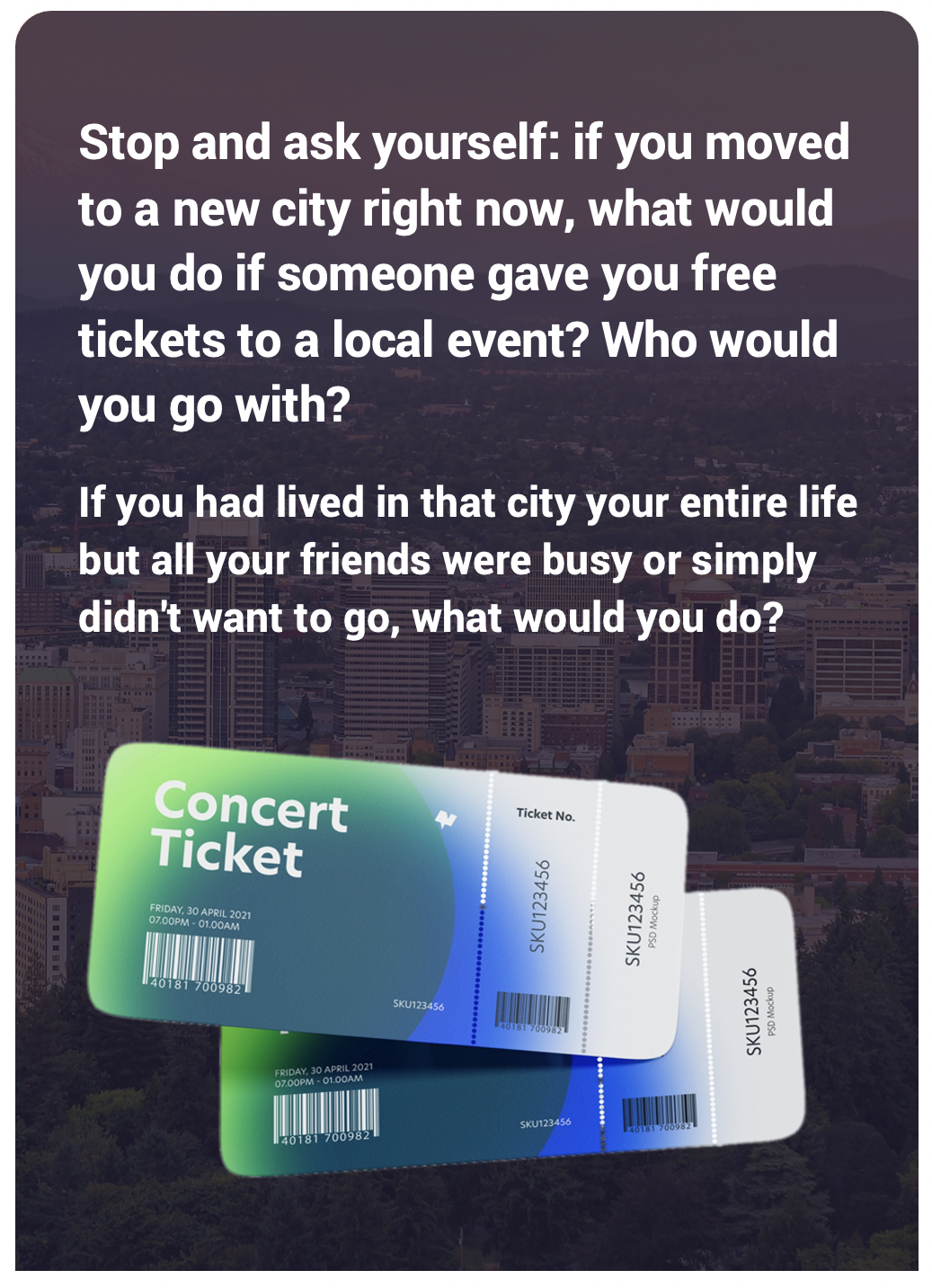 Would you go solo? Or would you dream of meeting a new friend/date to go with instead? The latter is harder than it seems, and far more intimidating than many may realize.

Mike Luongo experienced this firsthand after moving to Portland, Oregon -- he was given two free tickets to the Portland Timbers soccer game but had no one to go with.

On his way to the game, he passed by a few pretty girls who he asked to go with him, while he almost succeeded, his valiant effort ultimately failed, and that's when he realized something. What if he wasn't limited by the number of women he saw passing by? What if way before the event, he could ask an entire city of people if they wanted to attend, then choose the one who he connected with the most? 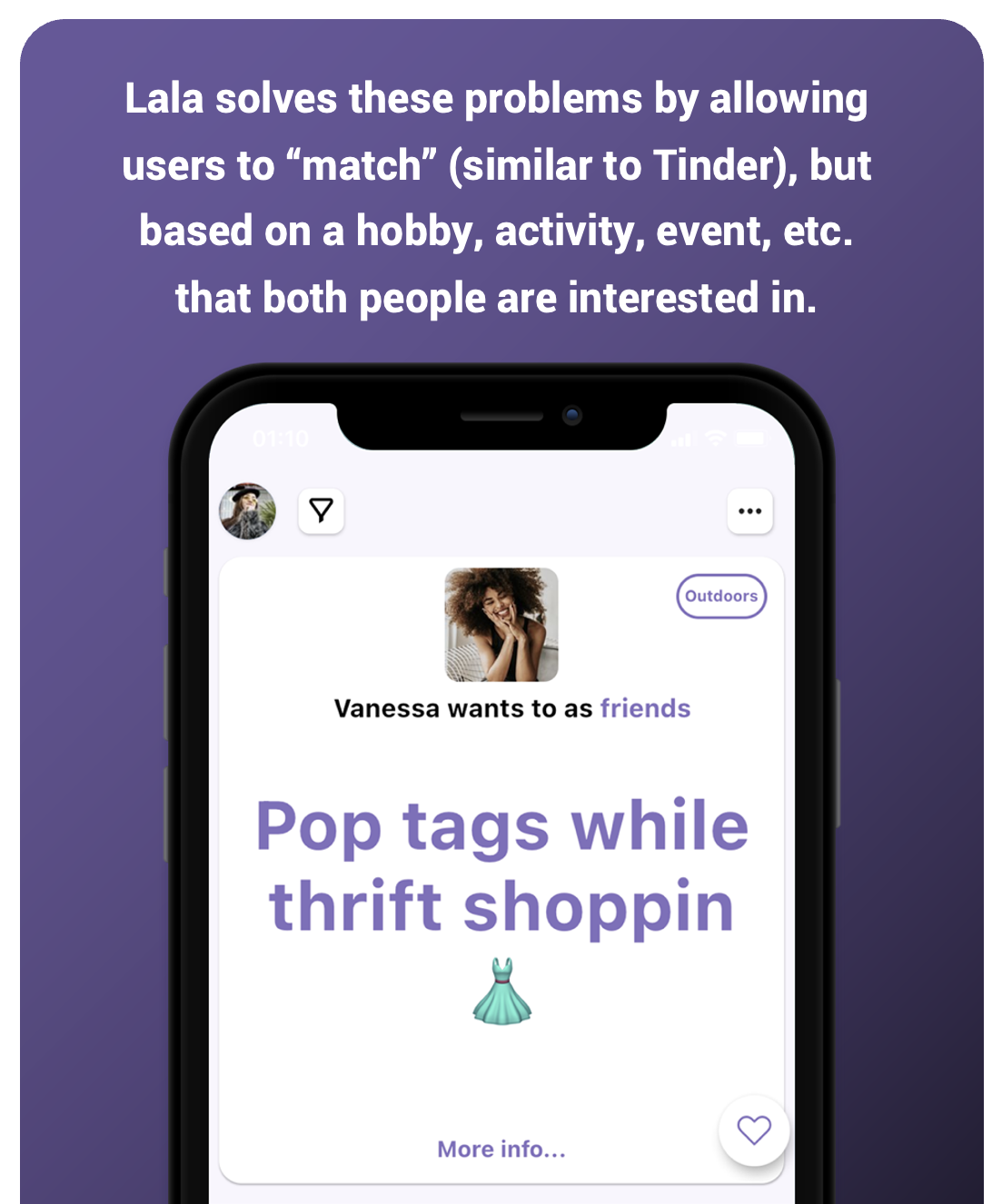 This is how many lasting friendships are established in the real world, and it's about time someone brought this to the digital world.

Lala empowers users to meet someone who is into the same thing as you and allows you to initially hang out around that thing.

This gives both individuals a chance to build a foundation for a friendship or relationship, which can then grow from that shared activity.

We have spent $200k in development and beta testing 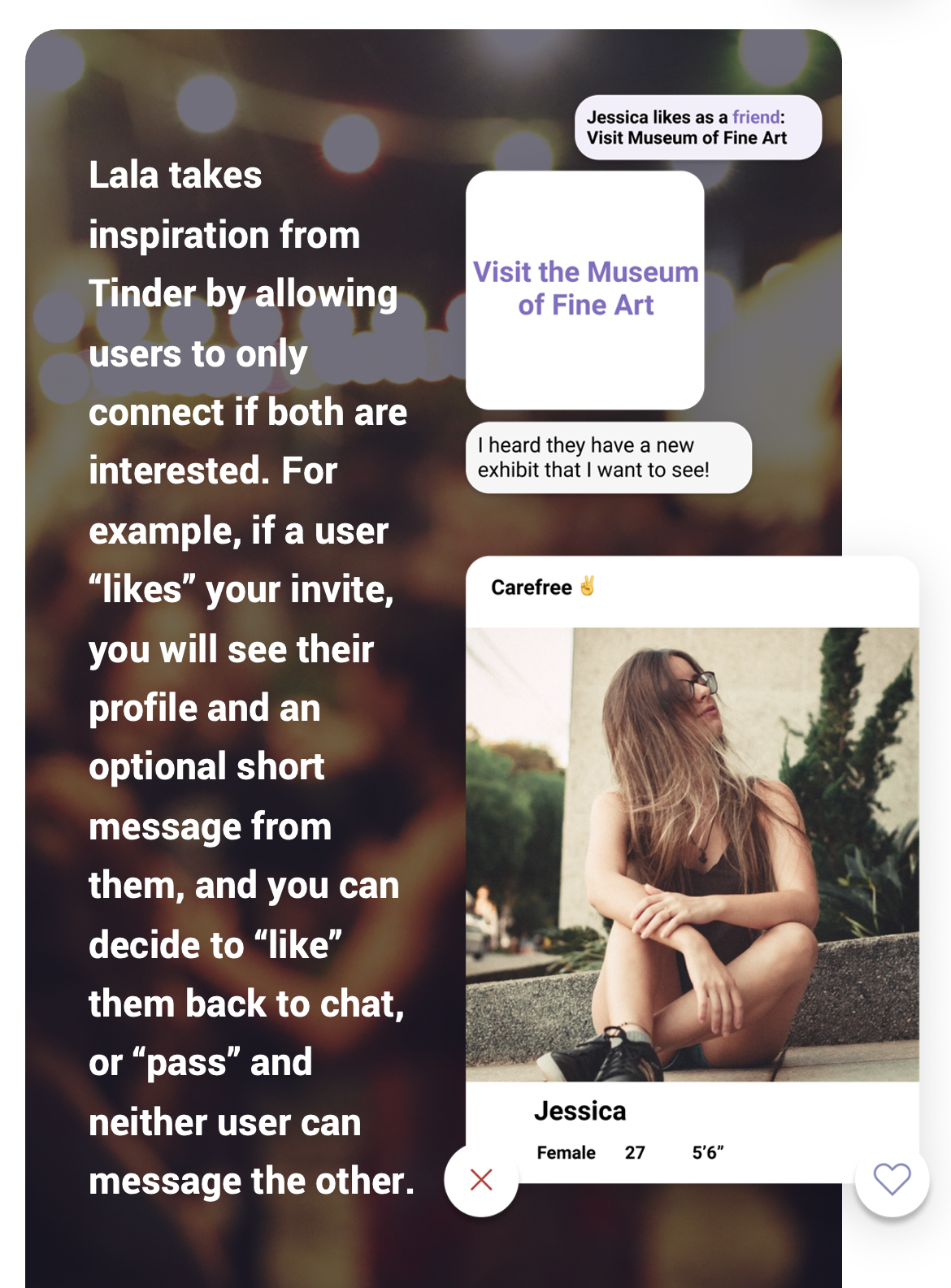 Let's face it: few people can just attend an event or activity and expect to find random strangers to join in. It's very difficult, might be perceived as creepy, and is an overall frustrating / intimidating task to pull off.

Lala gives people a safe space to connect -- to find verified real users who are equally interested in meeting others based around a shared activity or event. As a result, Lala allows people to connect based on their shared interest. 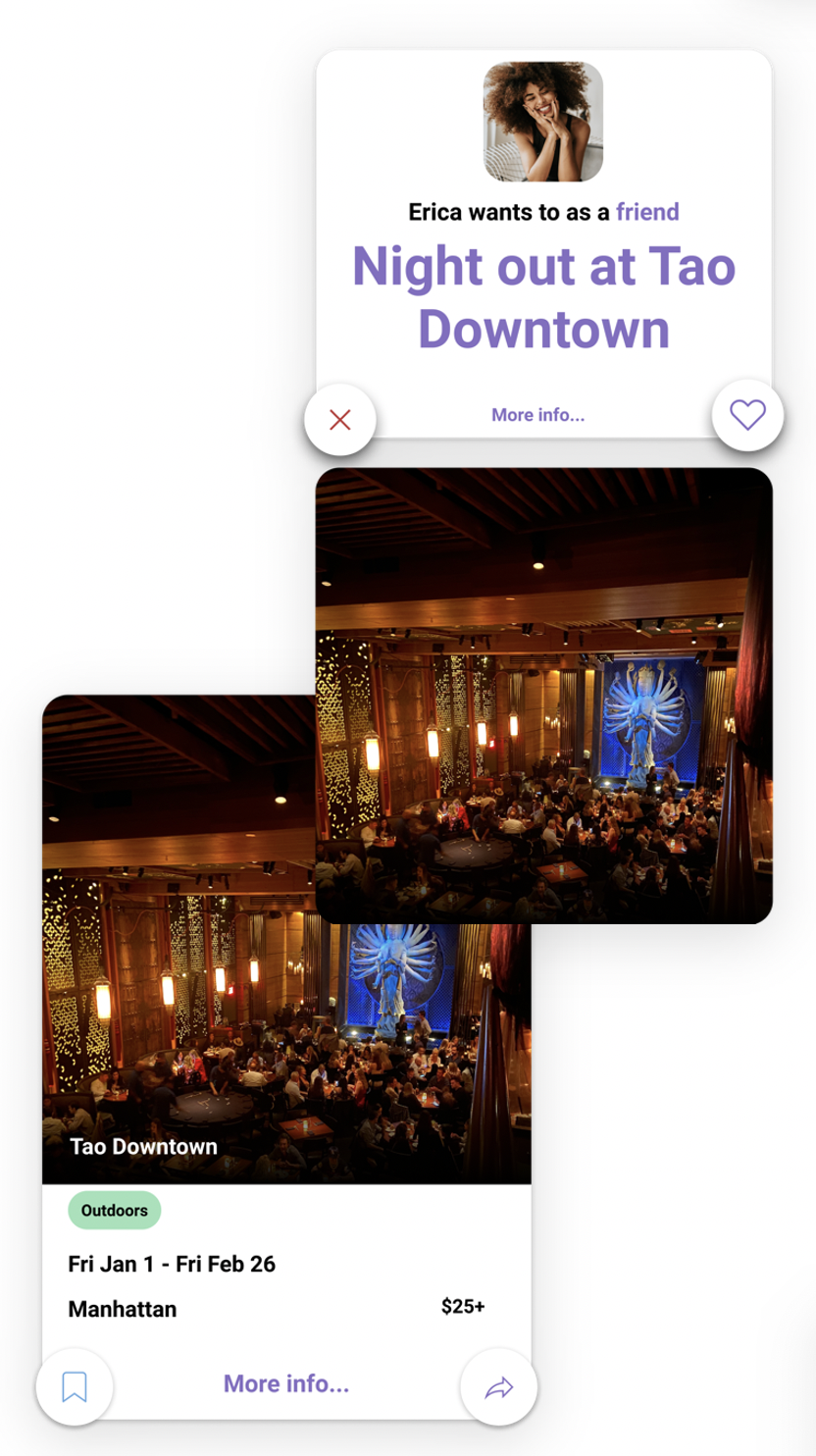 We differ from similar apps and websites that only curate events by removing the hurdle of who to go with -- when users decide they like an upcoming event or activity, Lala will be there to assist in finding the perfect match.

Users can immediately share their desired event/activity with users of their preferred age, gender and distance -- and find someone to go with in a much more organic and seamless way than ever before.

We also plan to promote exclusive events or VIP invitations for those will to pay to join (such as a successful professional who has plenty of money, but limited time to find something to do and someone to go with)

Hundreds of millions more could be served by Lala as we expand in major cities internationally.

By deploying a simple and easy-to-use app, we can reach people wherever they are, whenever they want new personal invites to meet new friends and possibly date. 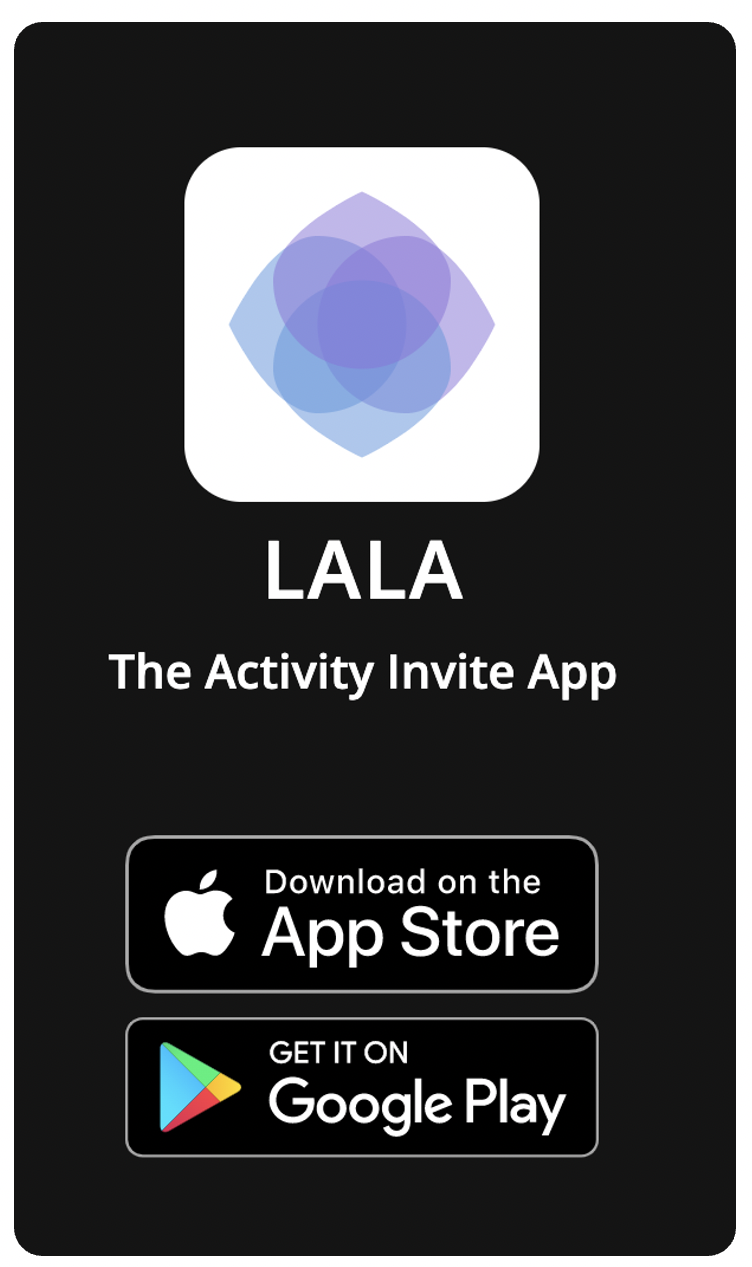 Developed In-House: We spent $200k fully developing and testing the app internally. We then launched on the Google Play and Apple App stores and beta tested with hundreds of users in a small test market over several months, making feature and user experience improvements. The whole process took just over one year. We then have now launched it in NYC and gotten good traction with hundreds of users who enjoy using the App and they organically share it with their friends and on their social media accounts. Women share the app more than men (which is a good problem to have).

Early Success: We have real users that love it and have made connections. We have beta tested this over several months and it was growing organically and gaining lots of traction until we ran low on money had to focus on side projects to be able to fund marketing it again. But even though we have had to take a short break, people are still telling their friends about us! 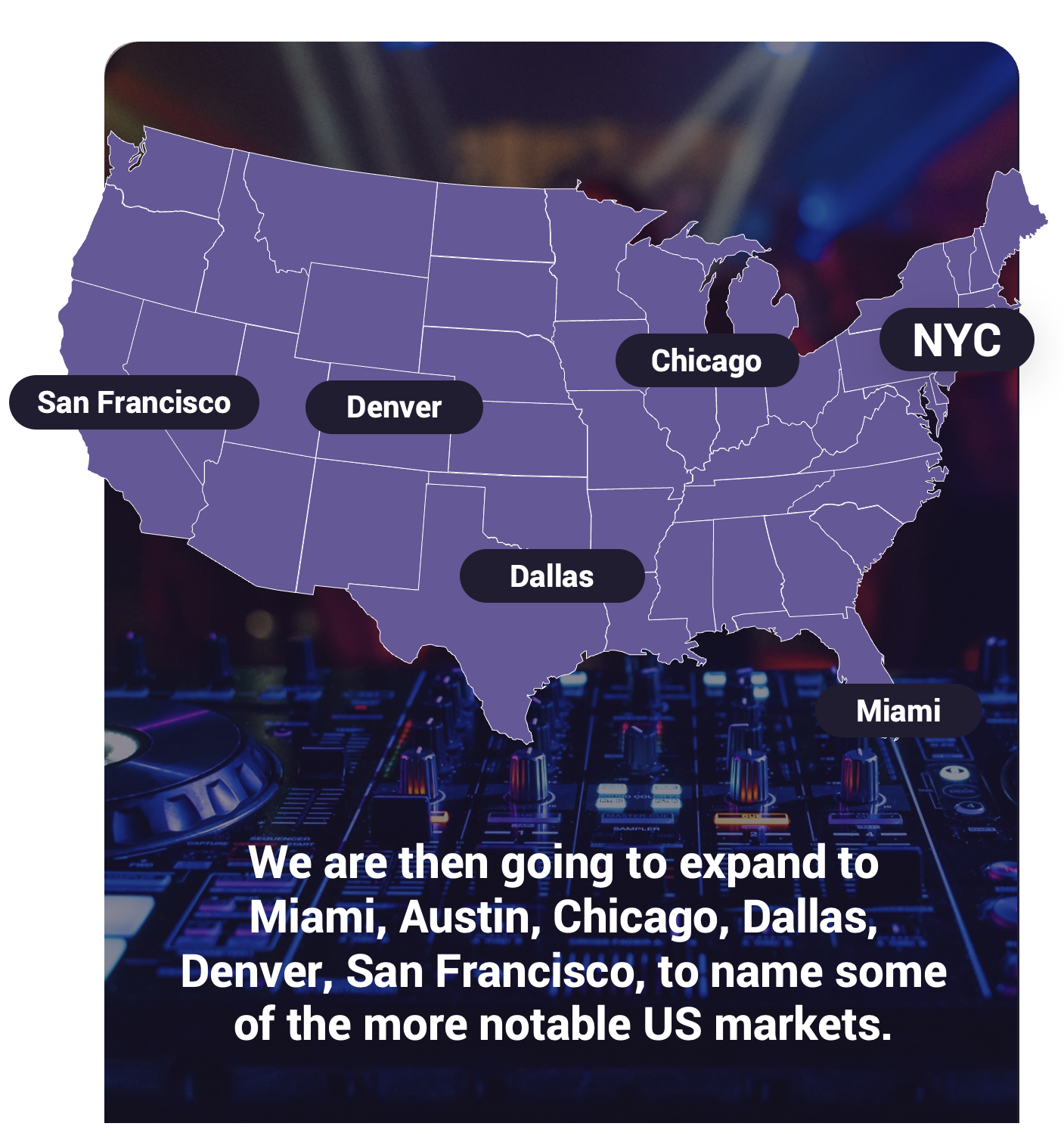 Partnerships: We have existing relationships with large entertainment venues and large social promoters with connections in nightlife, celebrity events, concerts and DJs in NYC. We are then going to expand to Miami, Austin, Chicago, Dallas, Denver, San Francisco, to name some of the more notable US markets. We have clients willing to pay to sponsor events in the app already. We also have connections with travel companies and corporate event promotion companies. We will continue to establishing commission participation agreements for promoters and sponsors. 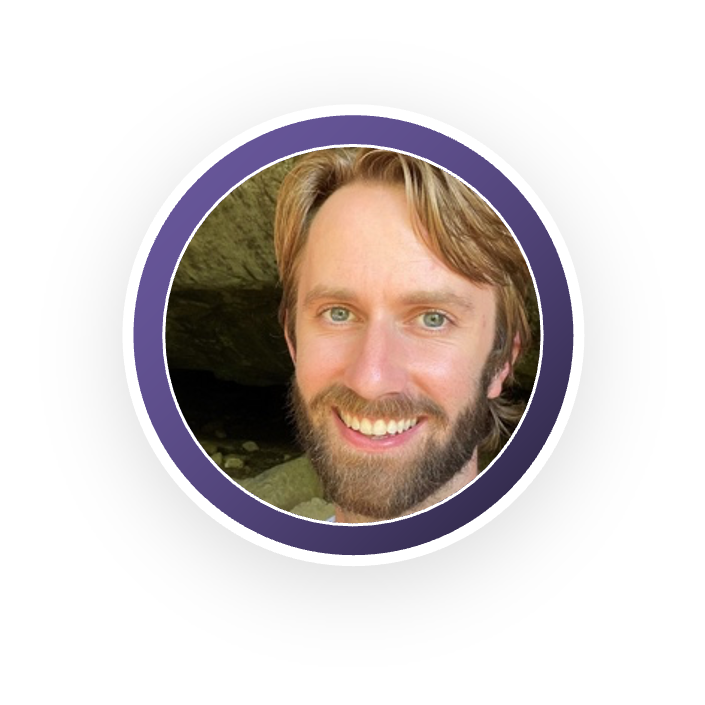 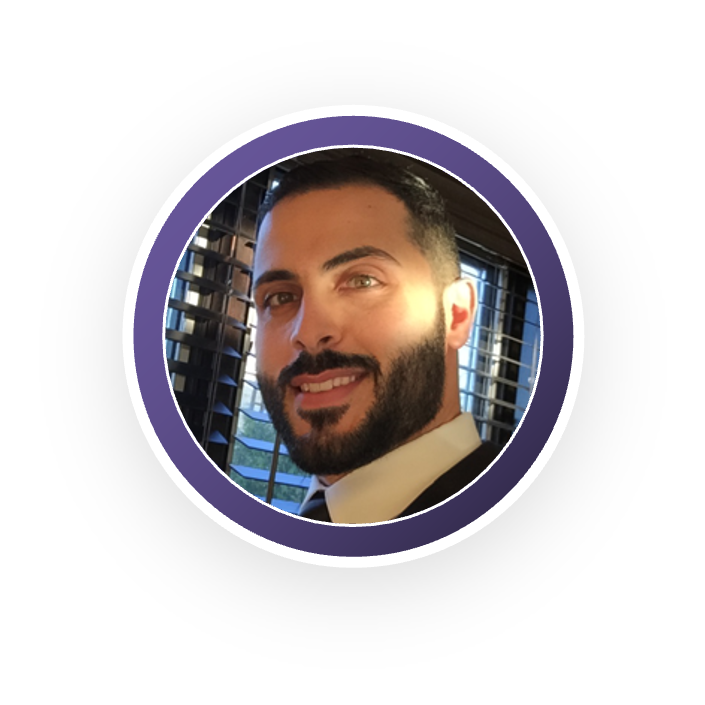 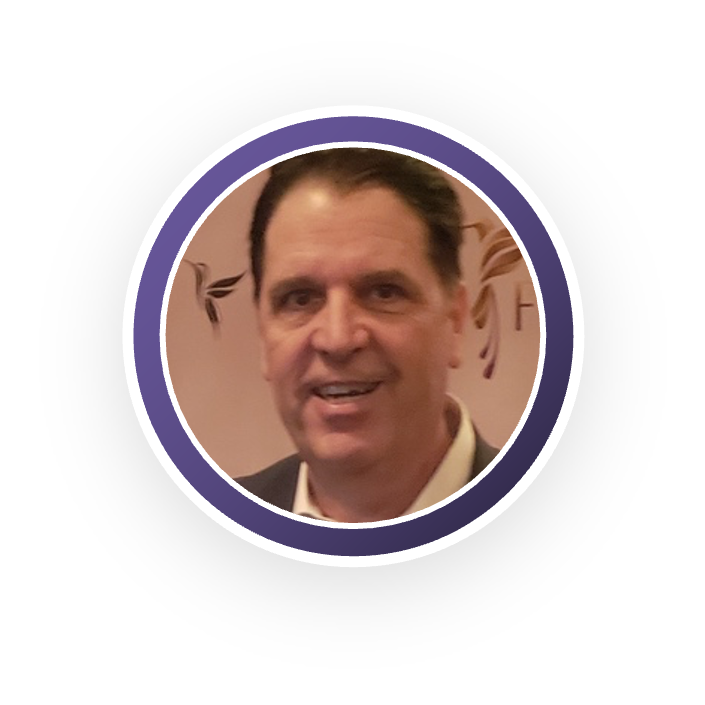