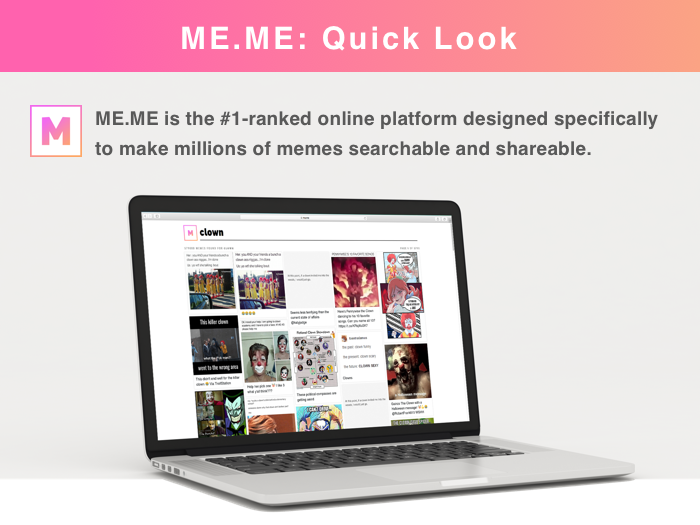 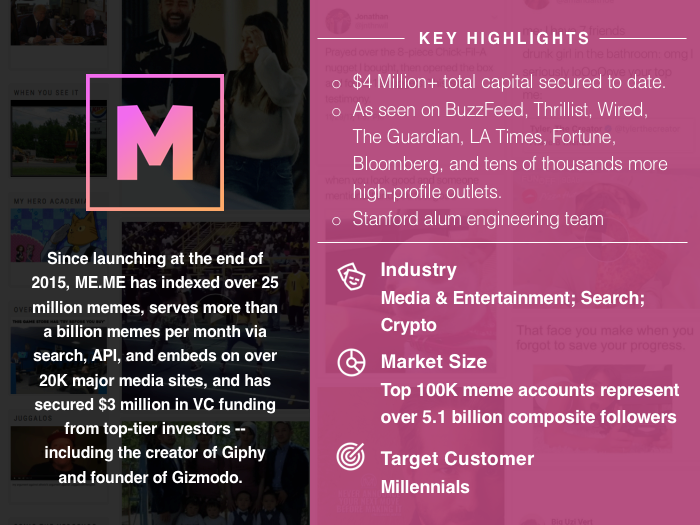 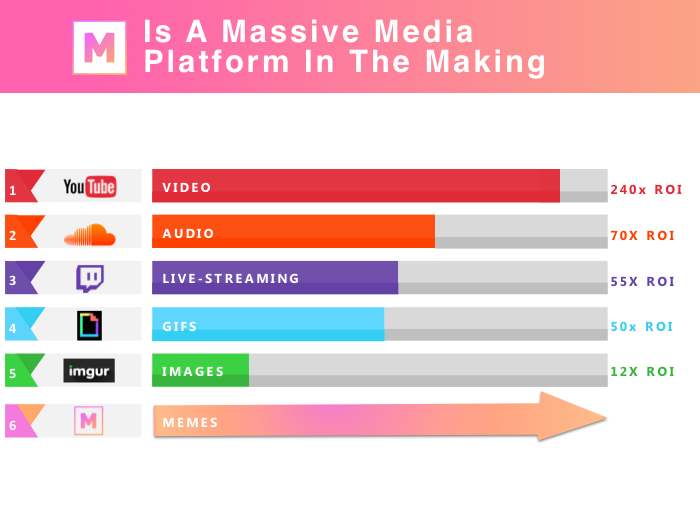 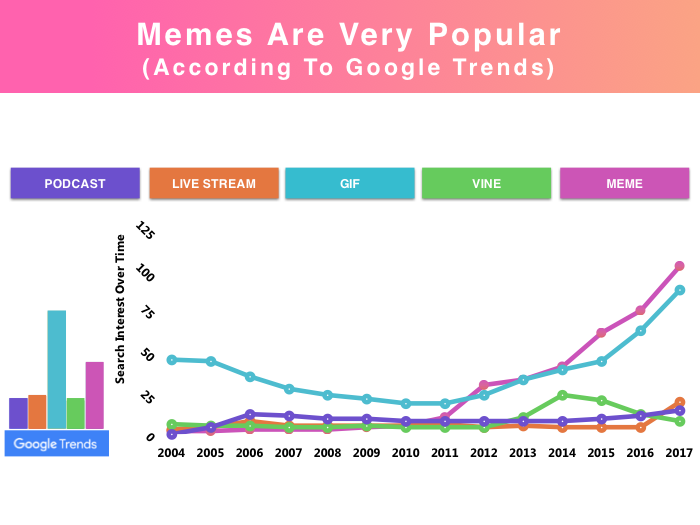 The internet meme is nothing short of a bona fide cultural phenomenon that’s captured the hearts and imaginations of an entire generation of internet users and has more than proven its widespread influence, its infectious nature, and its staying power. 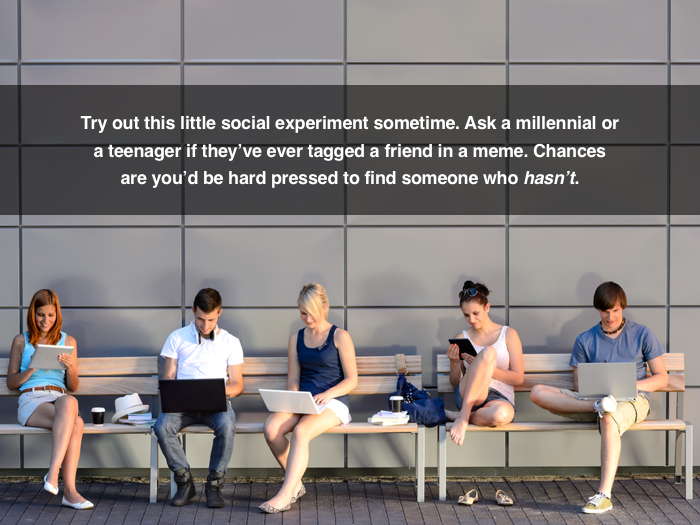 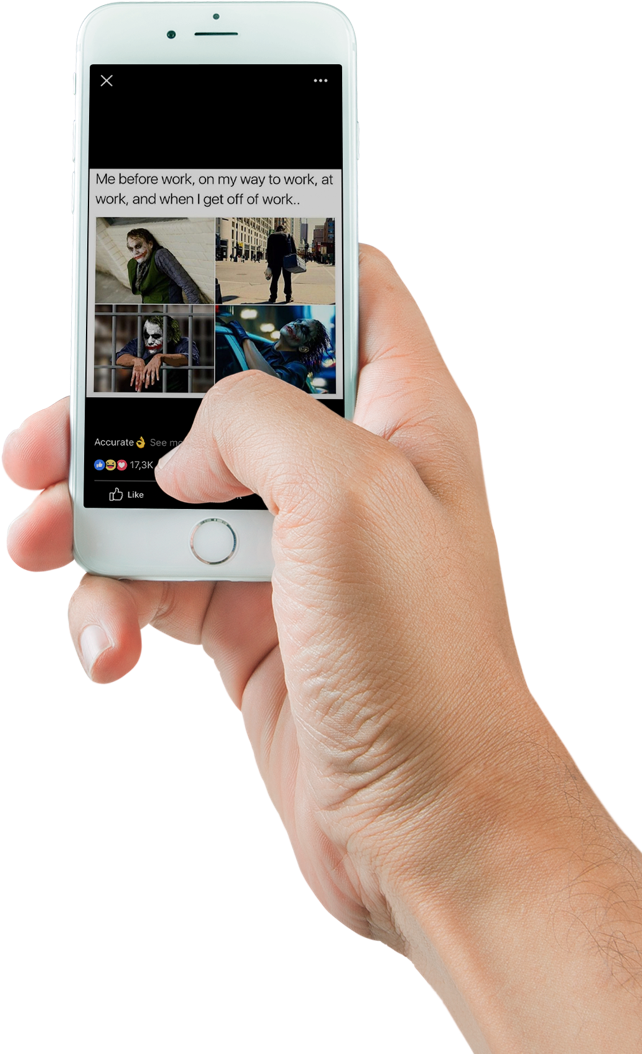 If there’s anything easier than creating memes, it’s sharing them.

One of the essential elements that makes a meme a meme is its historical tendency to spread like wildfire in short order -- with the ability to be shared on all social networks including Facebook, Twitter, Instagram, LinkedIn, Tumblr, Reddit, and many more.

What’s been missing, however, is an intuitive solution that makes the entire vast and often disparate meme ecosystem easily searchable and all from one centralized platform.

In the same way that Giphy has quickly become the web’s de facto destination for all things gifs, ME.ME has effectively created its meme-centric counterpart. 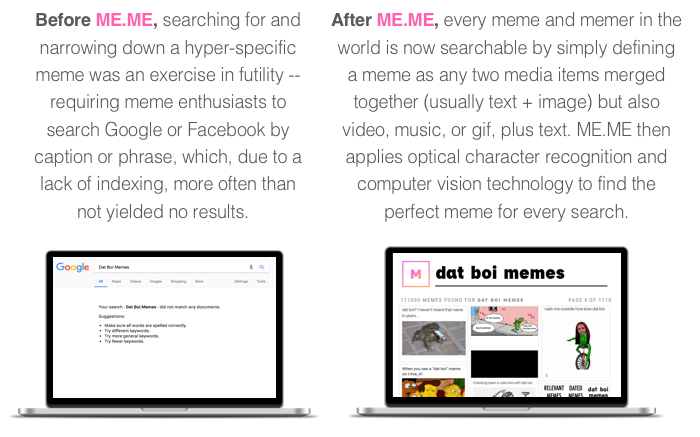 We designed ME.ME to be the most comprehensive and reliable tool on the market, delivering a feature-packed solution that serves as a one-stop shop for meme lovers and meme creators alike. 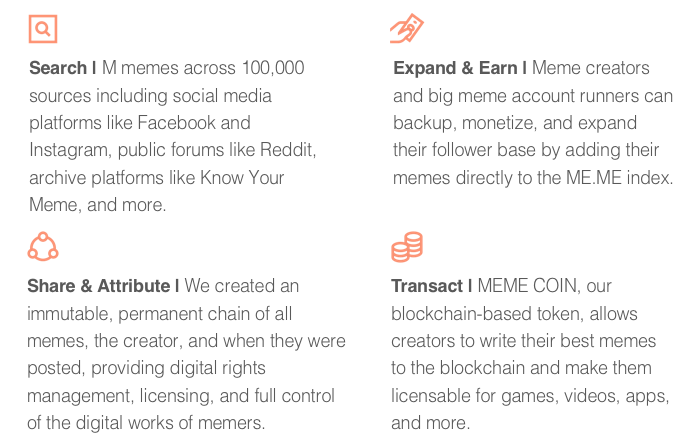 While ME.ME has only been in business for around 2 years, we’ve achieved outstanding growth right out of the gate -- with over 10 million memes served in month 1 alone and doubling users every few weeks for nearly all of 2016. Here’s how far we’ve come since: 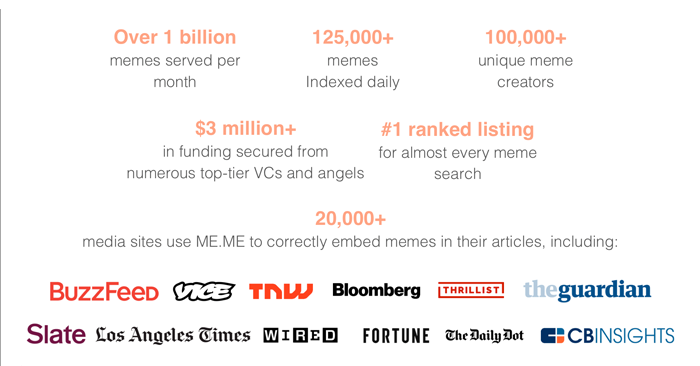 ME.ME is backed by an all star roster of investors from over 50 accredited firms and funds, including: 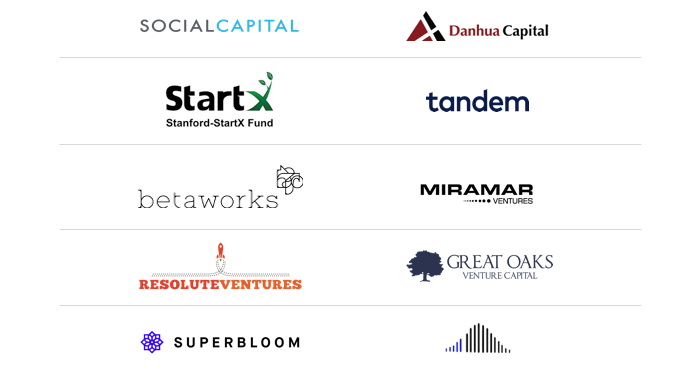 ME.ME is pioneered by a lean team of 3 Stanford grads, startup veterans, and friends for over a decade strong who came together with a common vision to create the world’s ultimate meme-driven media platform. 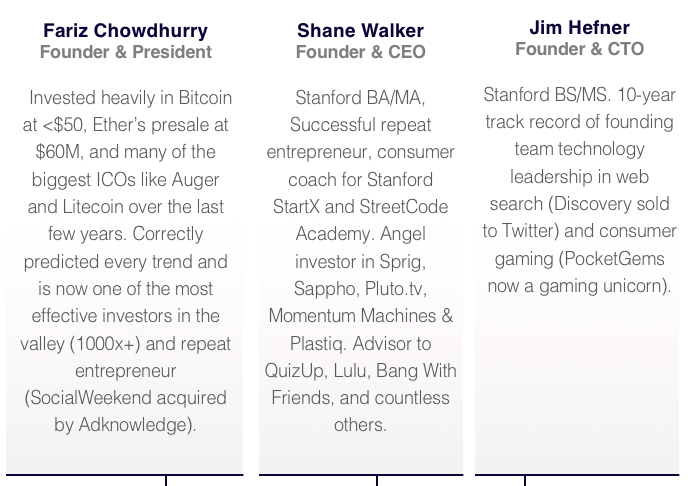 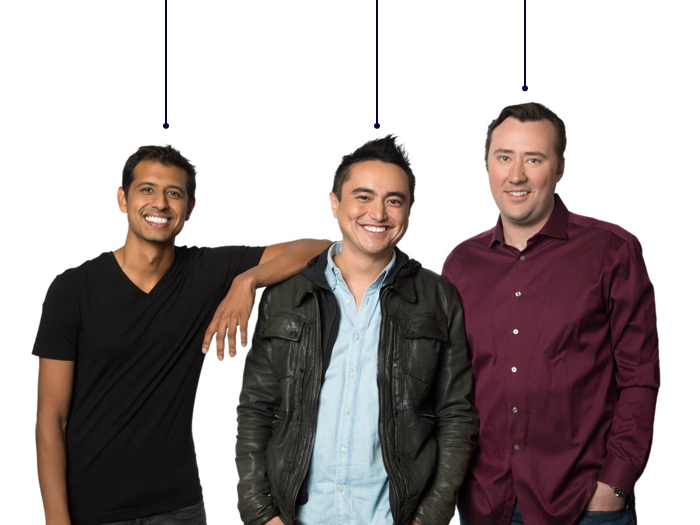