Build a custom workout to fit into any location and schedule

Workouts should be fun, intuitive and easy to initiate. They should be guided by what the user wants, not by what an app, service or (gasp!) an old DVD tells them to do. With My Workout Builder -- an app for iOS and Android -- users can quickly build a workout to fit into their lifestyle, location (home, hotel, local gym) and schedule. We empower users to create the perfect workout for them by drawing from our incredible database of more than 1,000 movements. We allow further customization through options to replace and reorder movements, creating the perfect personalized routine every time. 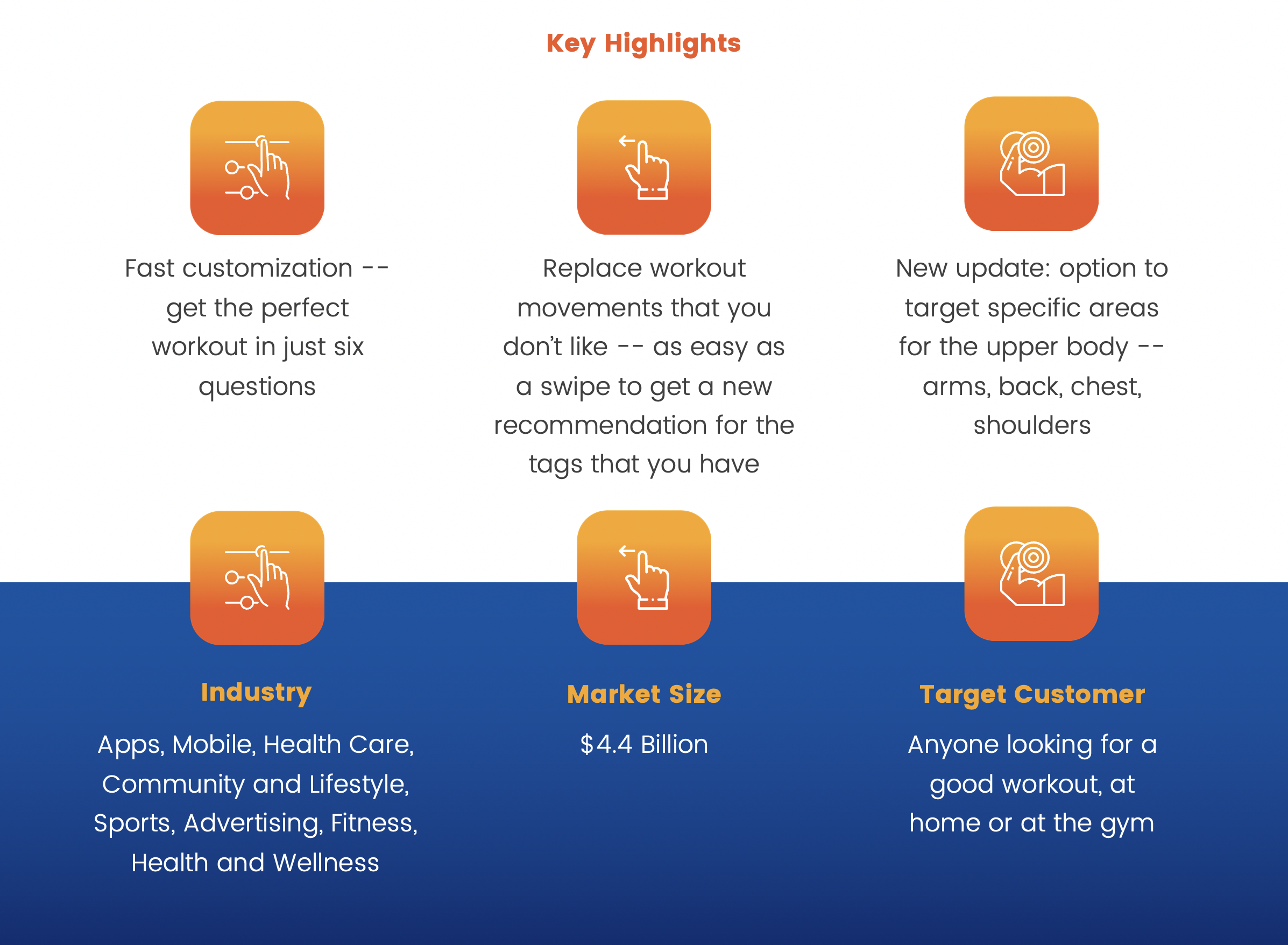 Problems That Need
To Be Worked Out 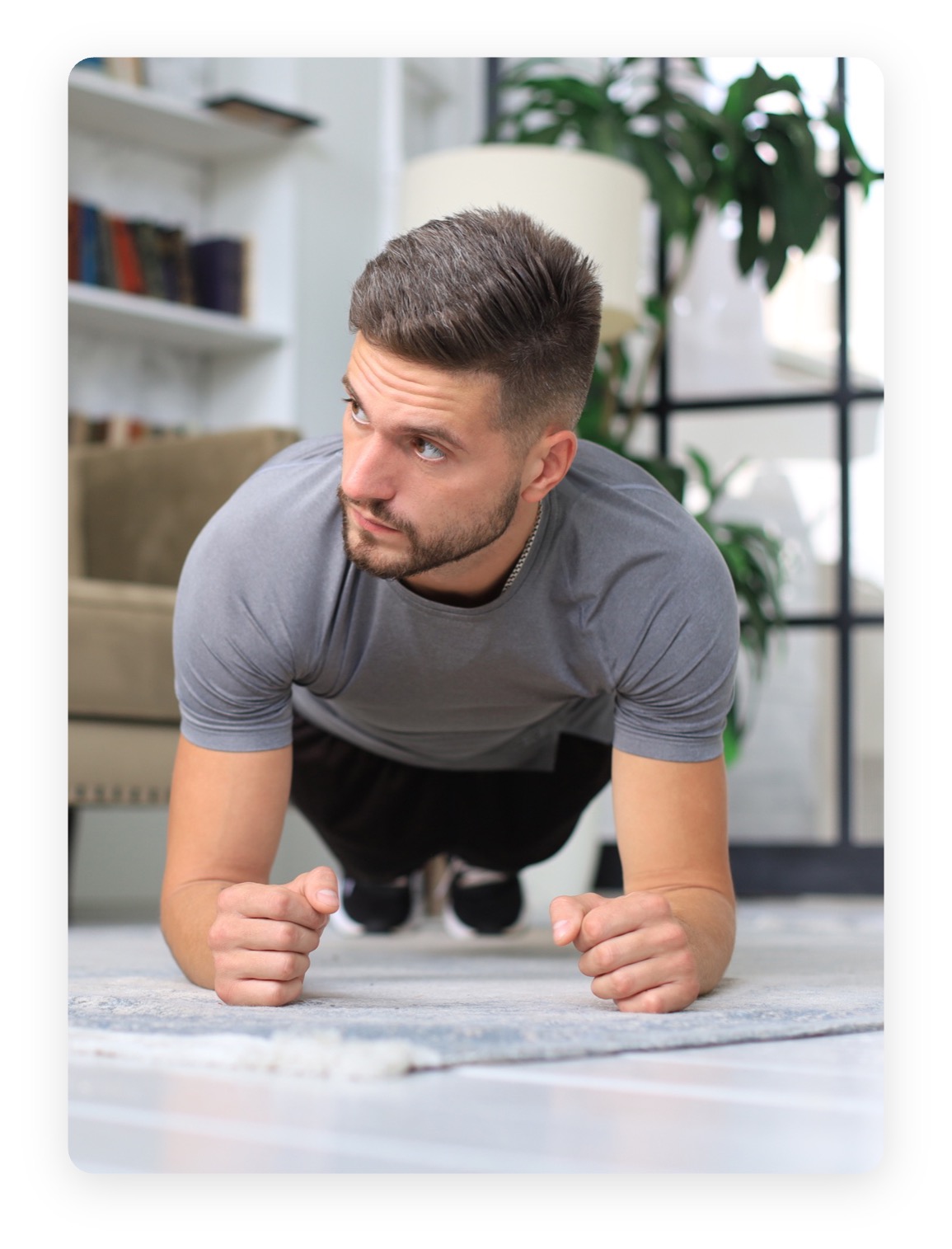 In a world of stay-at-home orders and social distancing guidelines, few people went to the gym to workout. Many instead turned to their living rooms, bedrooms, basements and backyards.

But even in a world that's trying to return to normalcy, the allure of the perfect at-home workout experience remains strong. And there certainly are workout apps that attempt to fill that void with a plethora of programs and daily routines. That may have filled the void when people were desperate, or when the technology was new and we didn't know there could be a better solution. But now it's clear: fitness-minded individuals deserve better. 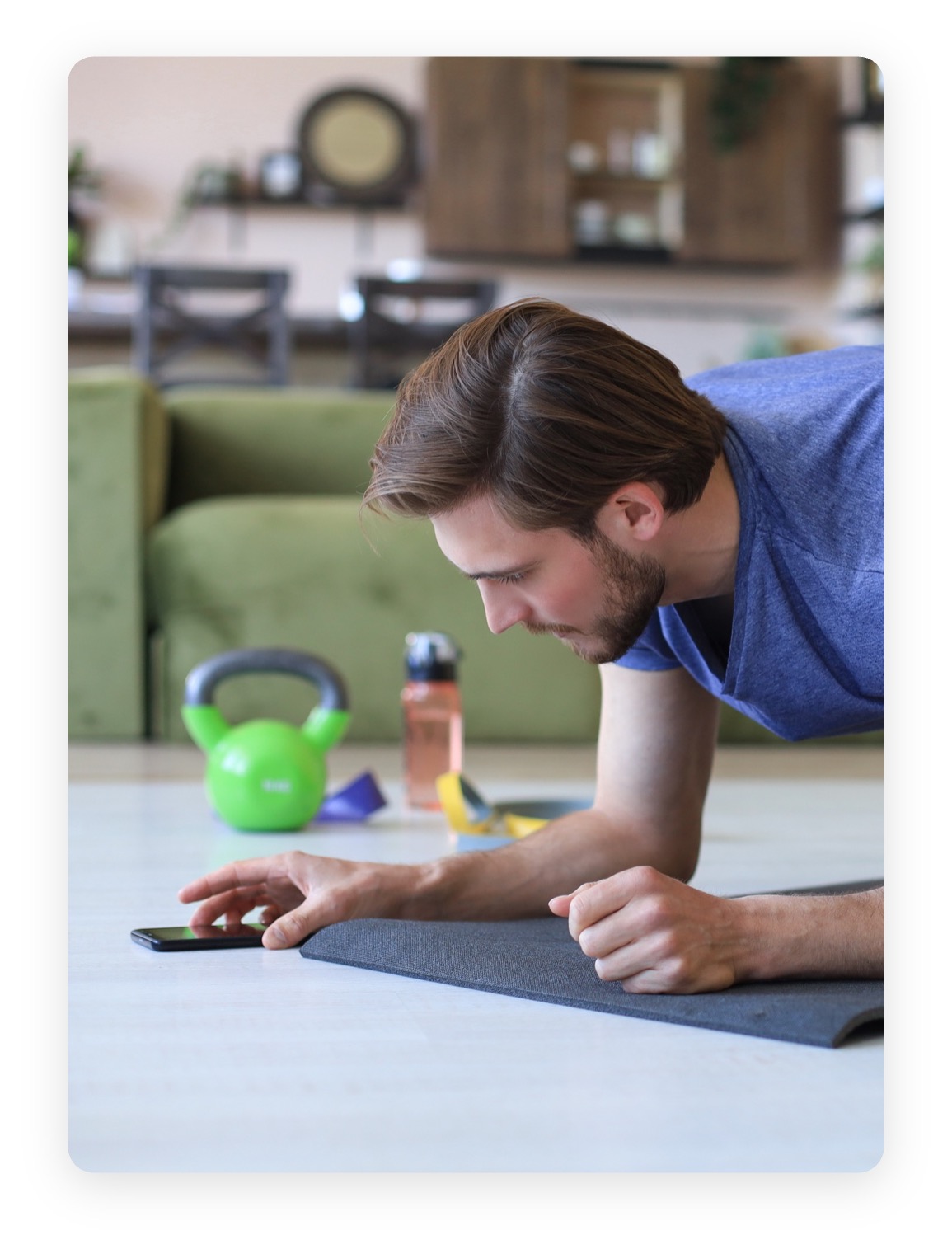 Consider what happens when you simply don't want the specific program that you've chosen. Or what if you don't like some of the movements pre-selected for your workout that particular day? Don't even think about making a change in most apps -- the process will feel like a workout and surely turn you off. 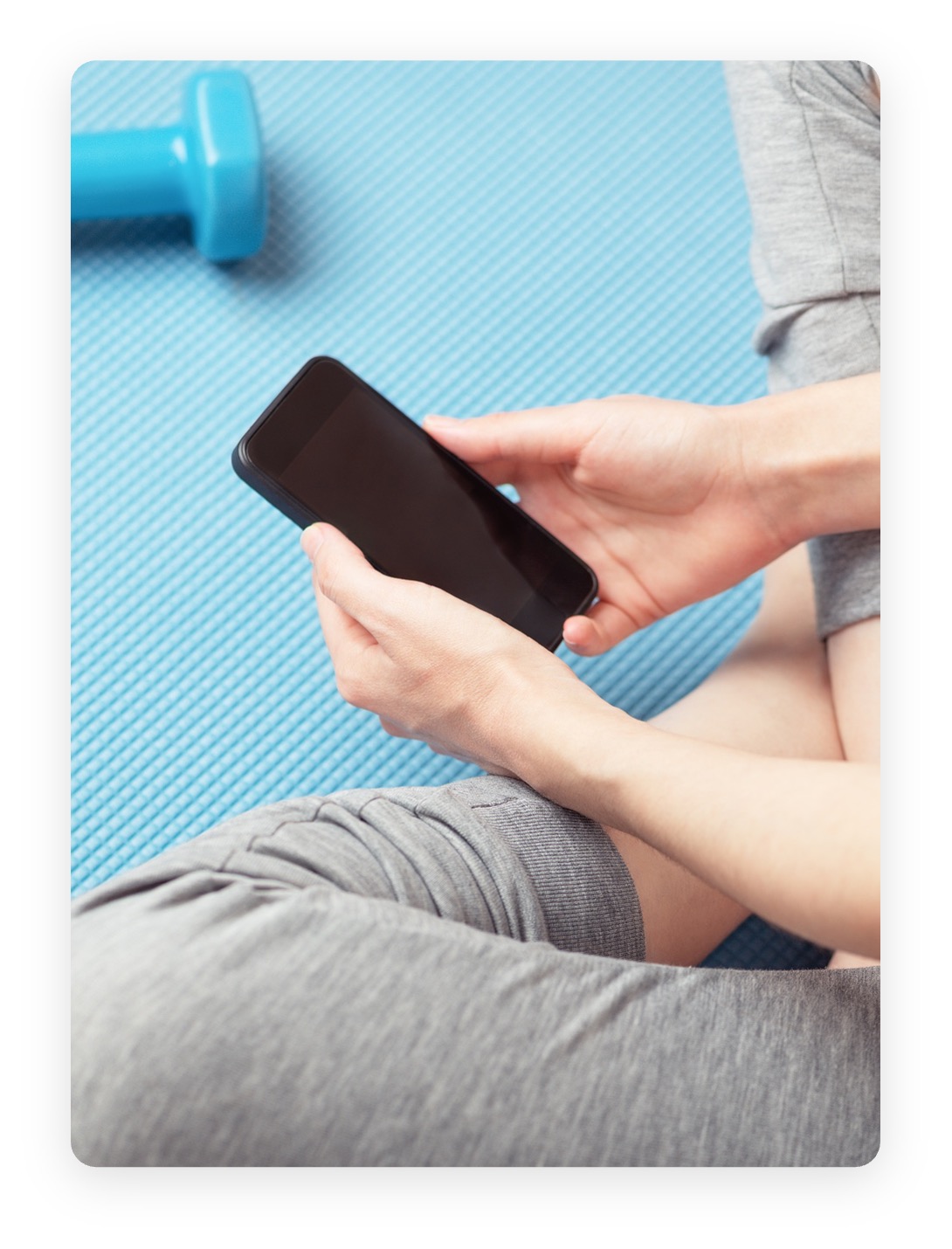 There are some apps that will build your workout based on answers to several questions, along with selections from an extensive list of equipment. This sounds good on paper, but it's a lengthy process that can take quite a bit of time. By the time you're done, will you feel like working out? Or would you prefer to do something else entirely? Frankly, it wouldn't surprise me if some users simply wanted to sit on the couch and watch TV.

That's no way to inspire a proper exercise routine. 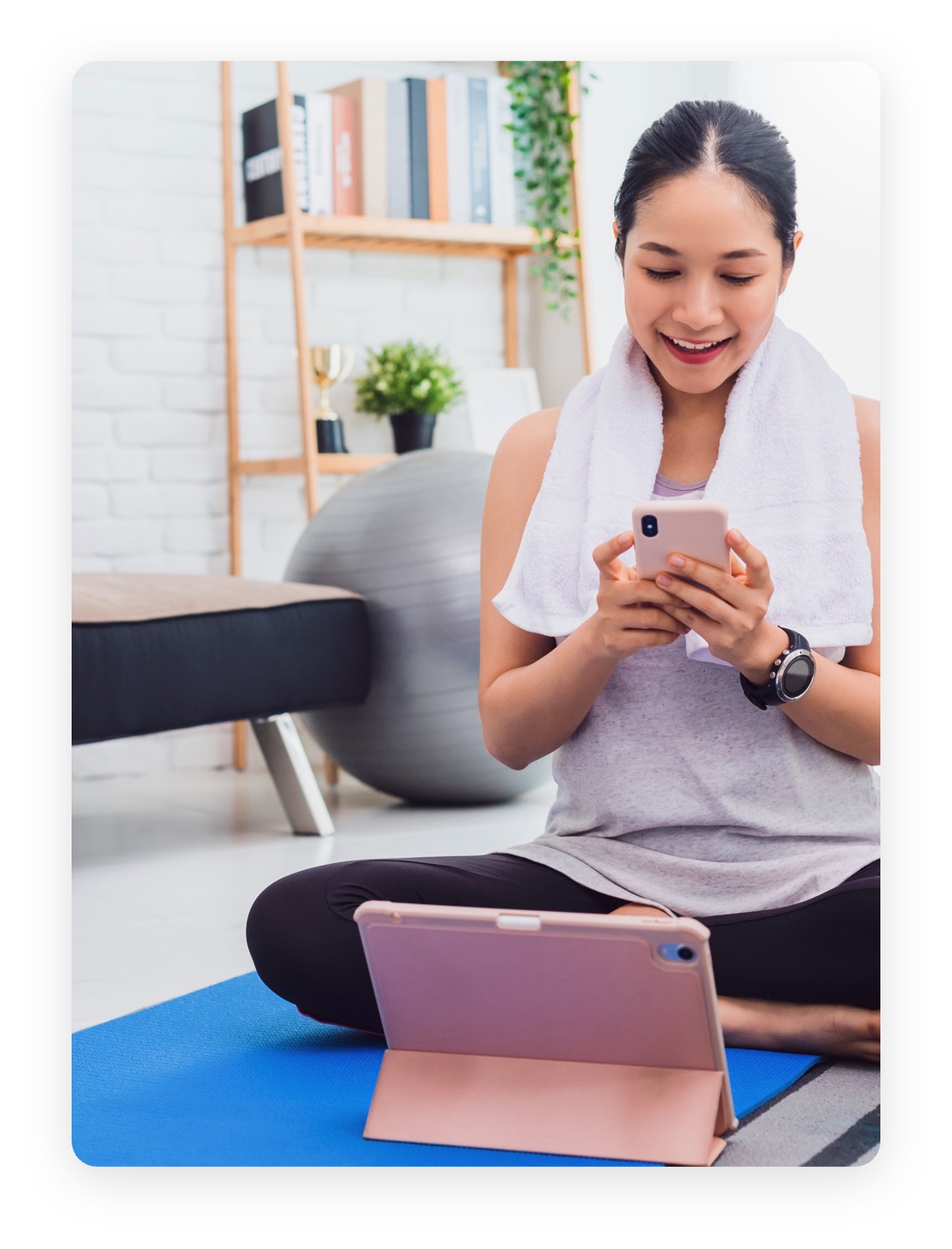 Instead of this hassle, users would prefer a solution that allows them to get up and running -- and working out -- quickly and easily. They would like to change the order of their routine, add or subtract movements at will and complete a workout on their terms vs. the terms of the app.

Is that even possible? Yes, it is -- with the right solution.

The Solution The
World Has Waited For

My Workout Builder solves these problems by providing a unique way to build a brilliant, customized workout in seconds with only six simple questions.

Each question is limited to no more than four options, ensuring that users get in and out in no time.

Better still, users may then further customize their workout using replace or re-order options -- and even add another movement or super-set if they reach the end of their workout and have some spare time.

The whole process takes minimal time and effort to get a highly customized workout.

Simple. Brilliant. User-friendly. These are just a few of the words we use to describe the incredible My Workout Builder app.

The user answers 6 questions, each with a specified list of choices:

The Features You Need
For an Outstanding Workout

Massive Database of Movements
My Workout Builder offers an extensive database of over 1,000 movements with various tags that ensure the app algorithm pulls the correct movements based on the answers the user has given.

The user is then presented with a workout and has options to replace and re-order movements. If users aren't satisfied with multiple movements, My Workout Builder will allow them to quickly and easily generate a new workout entirely (which is faster than attempting to replace every movement).

A History of Success
My Workout Builder allows users to record the weights and reps or times, if they desire, allowing them to quickly see what weight they used or how long it took them the next time that movement pops up.

More Movements for More Success
At the end of the workout, My Workout Builder offers a pop-up asking if the user would like to add another movement. If so, then a movement will pop up and the user can accept or replace until receiving and accepting a desirable movement.

If the user decides to pass, My Workout Builder will transition to the selected finisher (if there is one). On the last screen users will have an option to save the workout into their workout vault or discard it. 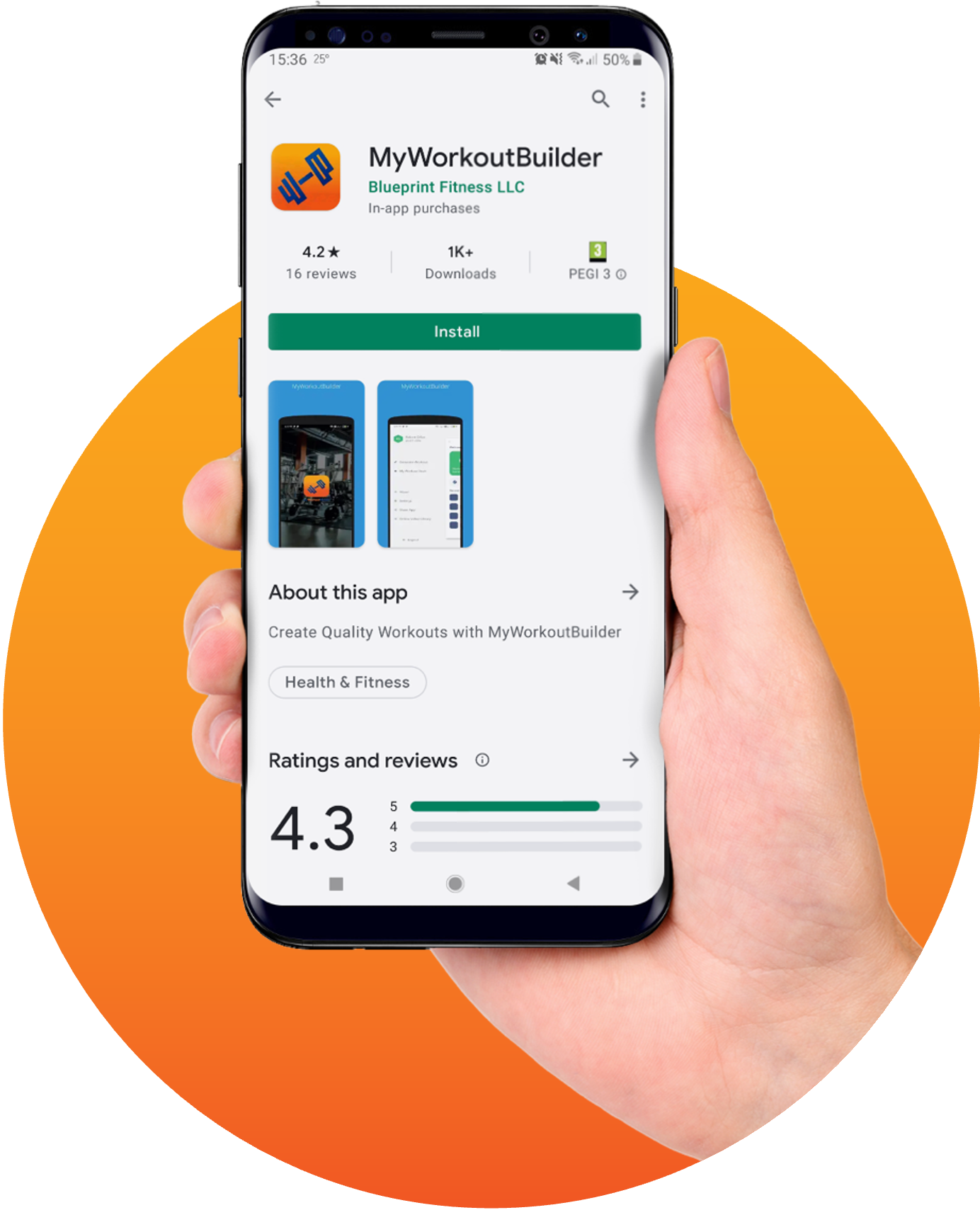 We should clarify our single one-star rating -- this was due to the fact that the app mistakenly asked for permission to access users' contacts. This issue is being fixed. 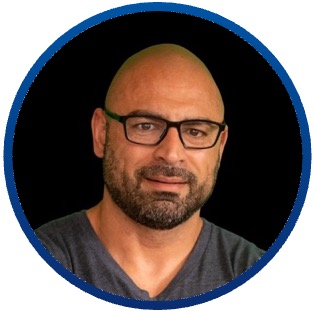 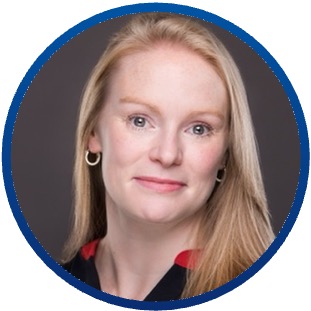