Motor Authority - Can a New Process Make Flat Tires a Thing of the Past?

Automotive.com - RhinoTire Promises to Live up to Its Namesake, Never Go Flat

There is never a good time for a flat tire, and anyone who has gotten down on their hands and knees on the side of the road knows the feeling.  No matter if you drive a Honda, a VW, or a Ford F-350, RhinoTire is the answer to your flat tire problems. RhinoTire is the first and only solution introduced to the market to completely eliminate tire failure. We have developed a polymer byproduct that, when sprayed inside any standard tire, ensures that your tire will never go flat.

We have been testing RhinoTire for over a year on a cross-section of vehicles. We have tested on Porsches, Mini Coopers, delivery vans, limousines, Hondas, and pickup trucks. The product has performed flawlessly in all applications. We even tested RhinoTire in the Gumball 2012 road race, installing on a 2012 Mercedes being driven across country at speeds approaching 160 MPH. The driver reported that the ride, handling, and performance were outstanding, and while almost all other competitors experienced setbacks and flat tires, the driver never once was forced to stop due to a flat tire.  RhinoTire made the difference.  His testimonial is below. 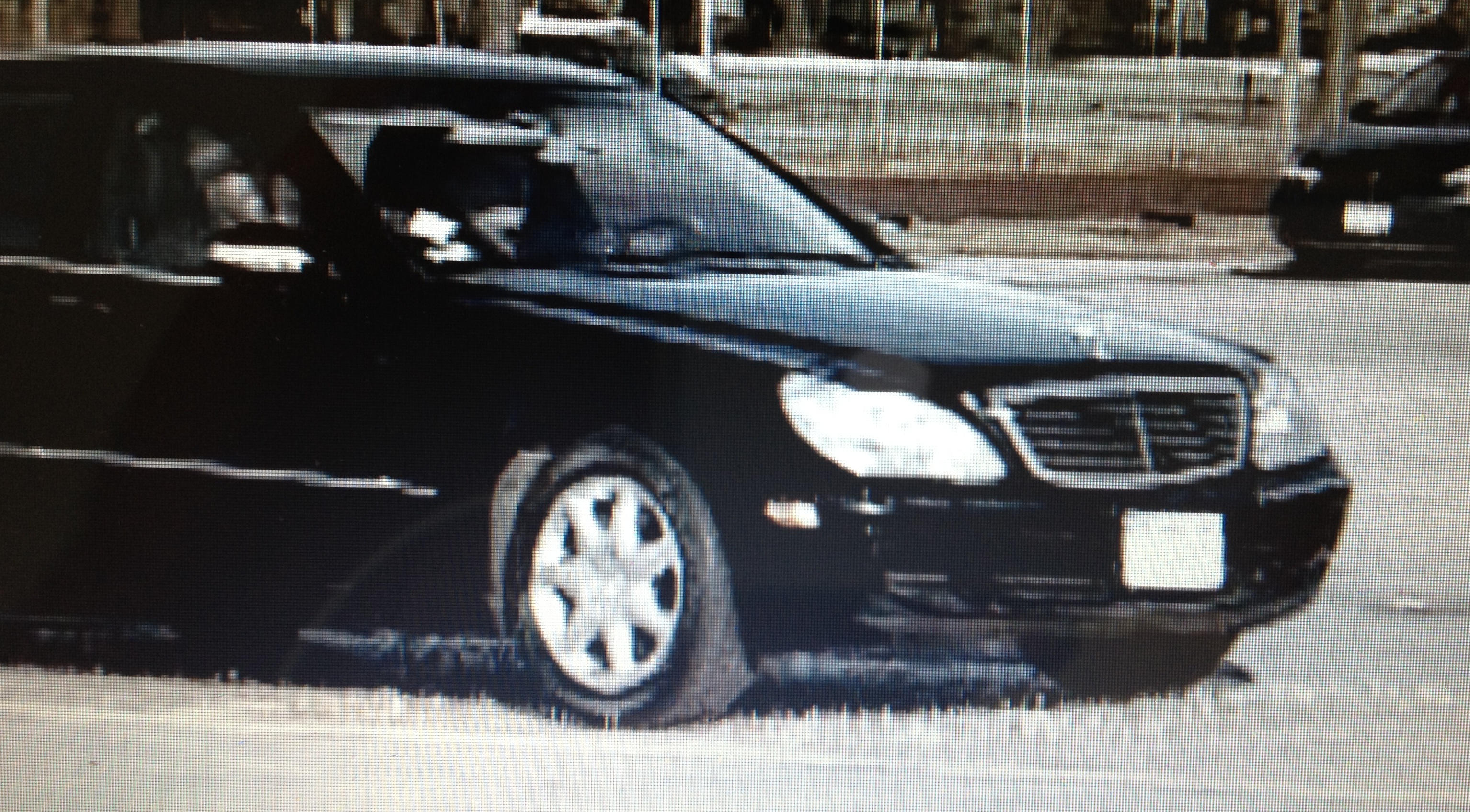 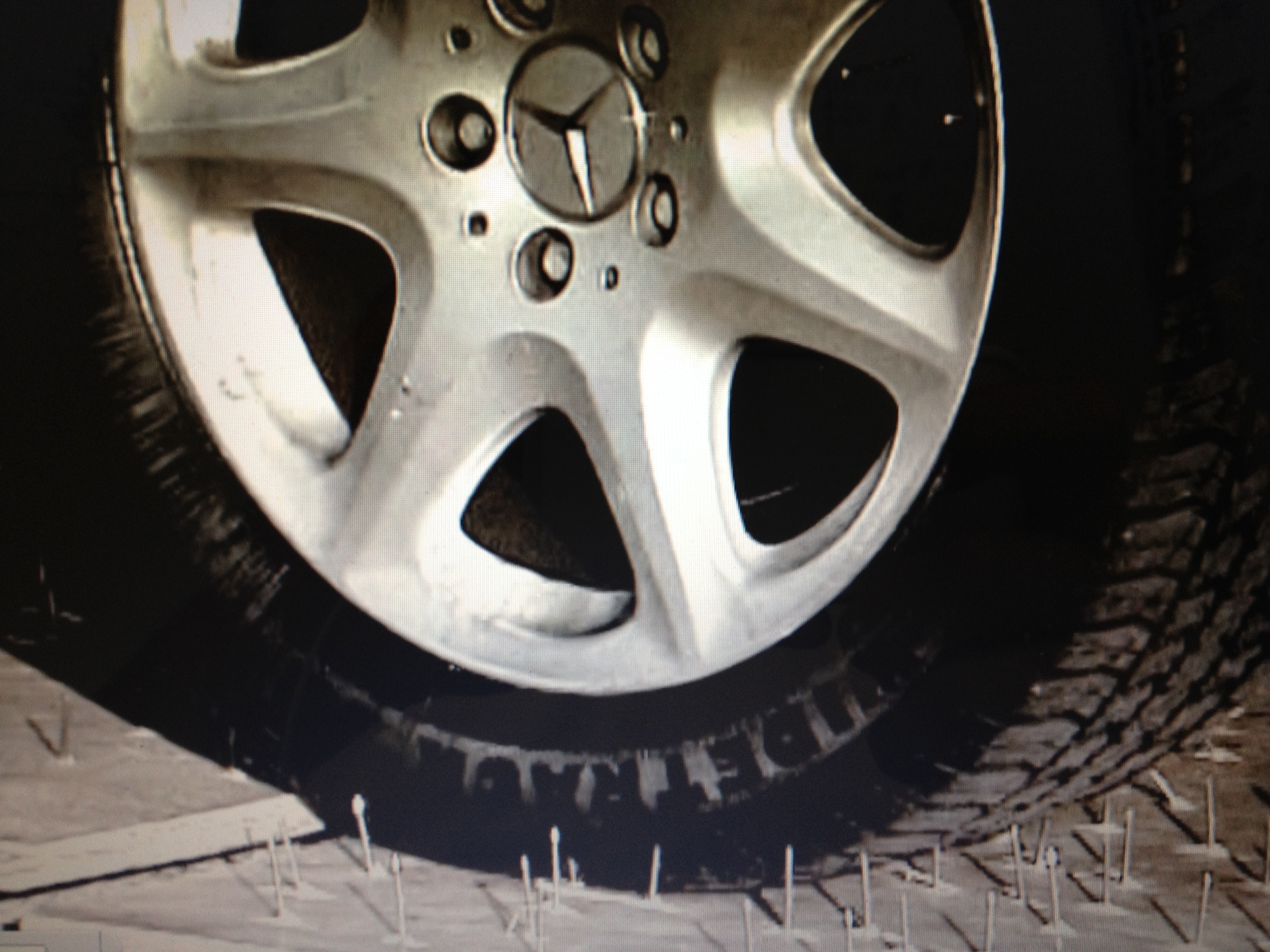 Your Benefits for Backing Our Project

If tire life, fuel consumption, downtime, safety, ride comfort, or tire pressure are concerns to you, RhinoTire is the answer. Back this project and RhinoTire's technology will be worth its weight in gold.

We are now ready to enter further production within 60 days, and Fundable is an ideal way to introduce RhinoTire to consumers. By sharing our message and awesome product with large groups of potential buyers and end users, we hope to raise money so we can put the RhinoTire Liner into full production.  We would love your help to make this dream a reality, and we greatly appreciate any contribution you can make.  In fact, we appreciate it so much that we want to offer you some huge discounts on our services for backing our Fundraise!

To take advantage of these rewards after a successful Fundraise, backers may ship their tires directly to RhinoTire to fit the liner application or set up a time to visit the shop personally.  S&H not included.

“I just finished driving my new Mercedes CLS63 AMG from New York to LA participating in the Gumball 3000.  Looking to reduce the chance of tire failure, I opted to have Rhino polymer liner applied to the car.  It was a good decision.

I am pleased to report the car’s original tires were more comfortable, less noisy, maintained perfect tire pressure, and tracked beautifully for the duration of the trip.  There is a cushion sensation from the polymer liner that results in a better ride, excellent handling, and much reduced interior road noise.

The addition of the Rhino system made me feel confident and secure.”

“After spending four thousand dollars – yes that’s $4000, to get 40,000 miles on my 2007 Mini Cooper S, I had decided to find a new vehicle that would give me good fuel economy without the “luxury” expense.

Since installing the new Rhino lined Continental Extremes, I have decided to keep the car.  I drive 70 miles each day.  The ride comfort and noise reduction has improved 100% compared to the run flats, and fuel economy has increased by about 2 miles per gallon.

Recently while travelling at a high rate of speed on RT 80 in Boonton, NJ, I was unable to avoid hitting an object that appeared to be a metal rod about 12 inches long.  The rod caused the front right tire to lose pressure, but it did not go flat.  I continued home and the next morning, all I had to do was put air in the tire.  No repair was needed!  The Rhino Tire liner works big time.”

"Every mile of the more than 25,000 I have travelled in my 2010 Honda Civic equipped with "no-flat lined with Rhino tires" has been delivered with smooth and confident handling!  So far I've put 25,000 miles on my Rhino lined tires without a hiccup - the tires have retained their tread and still look like new - Rhino is the way to go!"

"After buying a new set of Michelins for my wife's '07 Pacifica, we decided to (apply) Rhino Liners for a variety of reasons.  First and foremost, for safety.  After four months, the liners have delivered on all counts- a quieter ride, increased fuel mileage, and improved overall vehicle handling."

As I am down to the last few miles on my Goldwing GL1800 front tire with Rhino lining, I can now say that I would do it again.  I had the tire lined strictly as a safety issue but soon found out that it was quieter, and I gained about 4000 miles with no cupping right down to the wear bars.  The best part is knowing a nail or screw will not ruin my trip."

The RhinoTire liner is a semi-solid polymer that forms a permanent liner inside the tire, eliminating all punctures up to a quarter of an inch in diameter. It is easily applied using a computerized applicator that matches the liner with the tire size.  The Rhino liner effectively increases the two most important features of a tire - its efficiency and its lifespan.  Here's how: 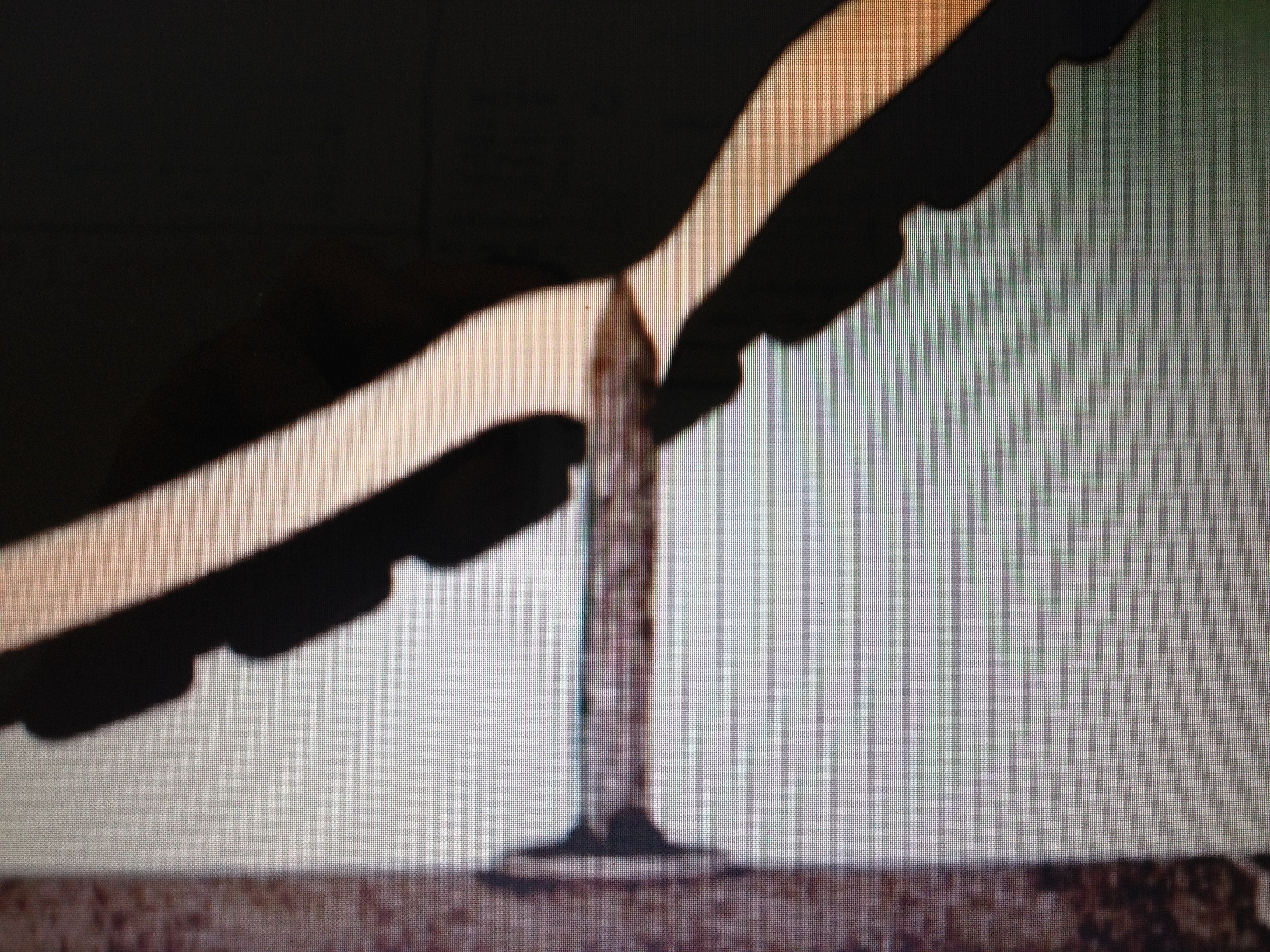 90 percent of new cars on the road do not have a spare tire - they are either equipped with space savers/donuts or run-flat tires, both of which are designed to be used for only 50 miles or less. A buyer of RhinoTire can benefit far more than just a 50-mile low-grade replacement.

We apply the RhinoTire liner using computerized machinery that installs the exact amount necessary per application. The computer operator programs the system with the size and width of the tire to ensure quality control throughout the application. RhinoTire application occurs only while the tire is off the rim, not pushed through the valve stem like many other products. RhinoTire forms a permanent bond to the interior liner of the tire, remaining in a semi-solid (gummy) state that immediately surrounds the puncture and eliminates any chance of lost tire pressure. 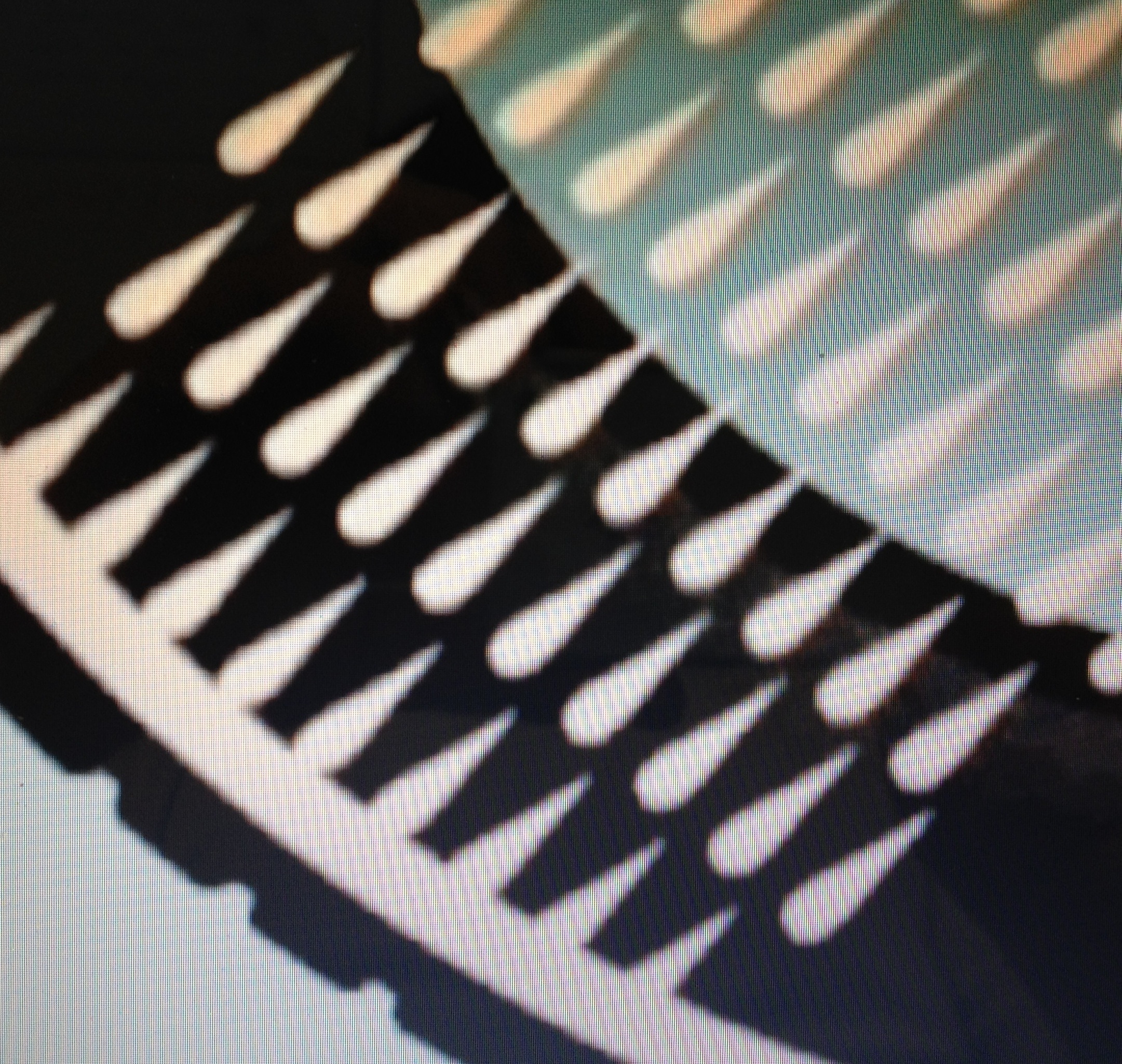