Ronawk LLC is focused on preserving primary stem cells from patients for later use in reconstructive surgeries. Our proprietary technology provides a revolutionary method to grow primary stem cells in a 3D environment while maintaining stem cell characteristics of the cell population. 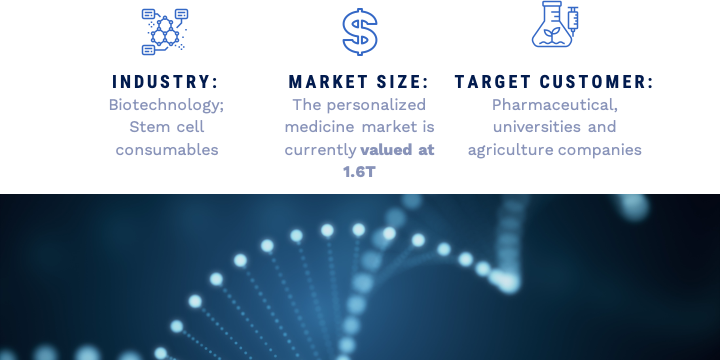 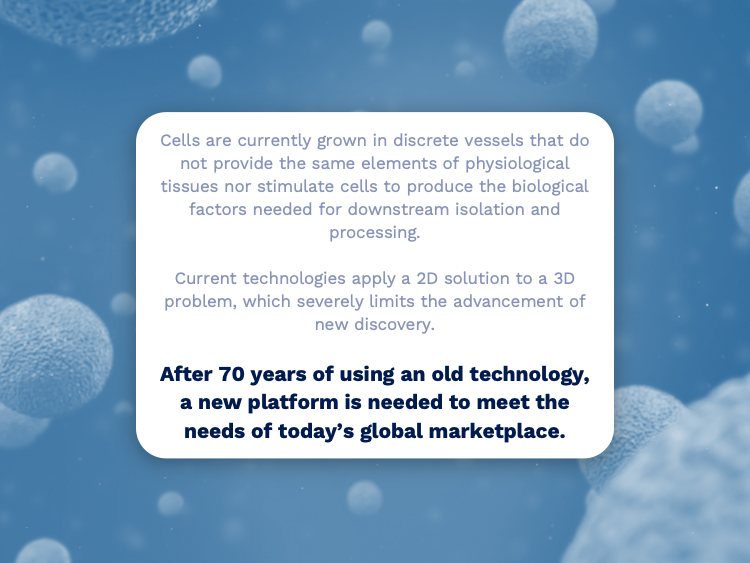 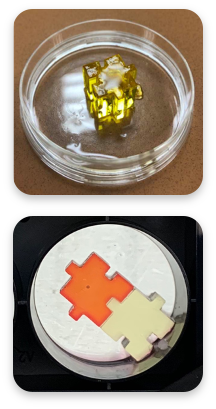 T-Blocks enable an increase in production of mammalian stem cells by growing cells in 3D, as opposed to 2D. By utilizing volume instead of surface area, more cells can grow in a much smaller space. This increases cell production potential and reduces footprint needed for producing cells. T-Blocks reduce material costs for cell production by 93% and reduce labor hours by 97%.

T-Block® are a container for stem cells that utilizes advanced bio ink and proprietary channeling in the printing process. 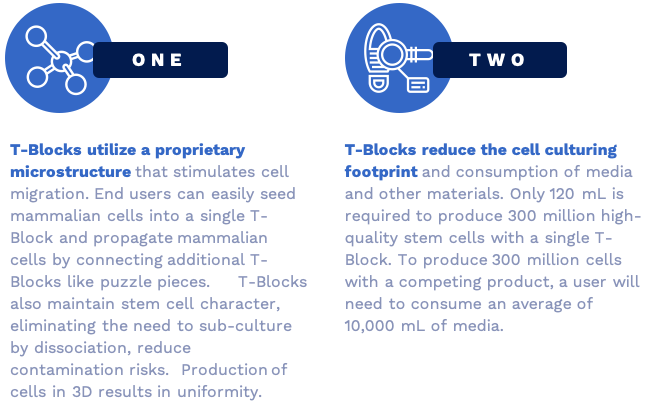 Customer Acceptance:
Prior to COVID-19, Ronawk sold 130 T-Blocks to the University of
Kansas Medical Center.
Over a recent 30-day period, we sent 1,000 targeted messages out across LinkedIn. We had a 30% response rate indicating Ronawk’s T-Blocks are solving a major problem. Of the responses, over 40 organizations requested personalized calls with Ronawk, and 18 organizations have started product trials with Ronawk’s T-Blocks. Six of those organizations are international.
Ronawk has conditional purchase orders for the sale of 2,200 T-Blocks.

Manufacturing and Distribution:
We plan to outsource large-scale production, to an accredited GMP facility. We are currently engaging with multiple global channel partners.  We will maintain our Olathe facility for R&D.

Patents:
One issued patent and six ready to be filed.

Ronawk was accepted into the inaugural cohort of the Sustainable Heartland Accelerator Regional Partnership Hub (SHARPHub) in May of 2019 and has received two $5,000 grants from SHARPHub. 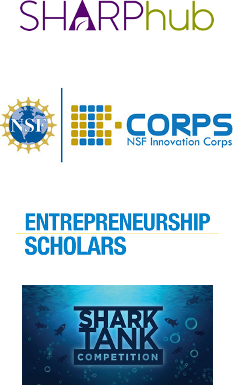 Ronawk was accepted into the University of Missouri-Kansas City (UMKC) Entrepreneurial Scholars (E-Scholars) Program in August 2019, and both graduated and won the E-Scholars Pitch competition in December 2019.

In October 2019, Ronawk was awarded a Digital Sandbox award for $19,997. Ronawk won the CellInk Shark Tank Competition in New Orleans, LA in November 2019.

CEO – A.J. Mellott, Ph.D. | Dr. Mellott is a tissue engineer with 12 years’ experience in stem cell manipulation. He is a co-founder of Ronawk LLC and is the sole inventor of the T-Block technology platform. Dr. Mellott managed his own research lab, as the director of basic research for the Department of Plastic Surgery at KUMC for 5 years, and in 2020 was awarded a prestigious Pipeline Entrepreneurial Fellowship.

COO – Alan Goodnight, M.B.A. | Mr. Goodnight is a highly accomplished entrepreneurial executive with 25+ years of success in creating value, financial best practices and revenue growth within the technology and manufacturing industries. He is recognized as a regional expert in turning around and expanding startup companies into successful enterprises. Mr. Goodnight has successfully exited multiple companies.

CTO – Heather Decker, B.A. | Ms. Decker is a chemist and expert microscopist with 12 years’ experience. She is a co-founder of Ronawk. Ms. Decker has set up multiple labs and built custom analysis equipment that has led to innovative quantifications of biological samples. She was an interim core director at KU for five years before leaving in 2018 to help Dr. Mellott start Ronawk.