Scroll down to the Traction & Accomplishments section
to check out some exciting new updates!

​SeeSpace will be delivering InAiR to our first 1,300+ customers

InAiR takes the two most powerful media in the world—Internet and television—and combines them into a single, streamlined viewing interface, revolutionizing the way people engage with media forever.

With SeeSpace InAiR, we are all pioneers on the bold new frontier of truly immersive, interactive entertainment.

Thanks to the Internet, we're living in the age of participation, and people are already looking for ways to engage more deeply with what they're watching.

But the systems that are currently in place to make that happen are far from perfect. Studies show that 25% of viewers' attention is lost when they juggle a second screen while watching television.

That means you're missing out on 25% of the big plays and shocking plot twists, because your eyes are on your smartphone — trying to keep track of live stats for your fantasy football team, or to figure out where you've seen that actress before.

At SeeSpace, we've invented a smarter way to experience media. Our InAiR device lets you take full control of your viewing, seamlessly combining the free flow of internet content with your chosen television programming, so you can have all the information you want right at your fingertips without missing a moment.

No more splitting your attention between screens, no more shuffling through twenty different browser windows: InAiR delivers all of the online content you want directly to your television. You can livetweet your reactions to the big game or season finale, dive into Wikipedia for more information on a documentary that sparked your interest, or hit Amazon to snatch up the gotta-have-it fashion accessory, all without ever having to take your eyes away from the television screen.

InAiR works with any TV set, and setup couldn't be easier: you just plug the InAir smart HDMI cable in between your TV and your set top box, and InAiR taps into your WiFi; no complicated installation process necessary.

The InAiR device is built on Automatic Content Recognition (ACR) and Natural Language Processing algorithms (we filed patents) that would take way too much space to explain in detail, but here's a basic 3-step rundown of how it works: 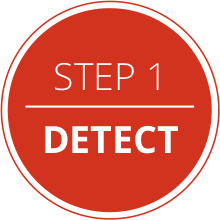 InAir recognizes the name of the program you’re watching,
along with associated keywords and other metadata. 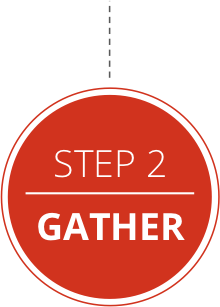 InAir scours the internet to find and collect relevant,
interesting content about what you're watching. 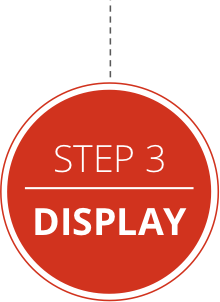 InAir tidies up all gathered content and
delivers it to your screen in real time.

InAiR can display content in either 2D or 3D mode.  Here are additional examples of our user interface in action:

2D MODE
InAiR content appears "inside" your television, layered directly on top of the picture.

3D MODE
The layers of internet content appear as holograms floating “in air” in front of the television screen and can be dynamically manipulated.

Once the content hits your screen (or the space in front of it), you can navigate it in a couple of ways: 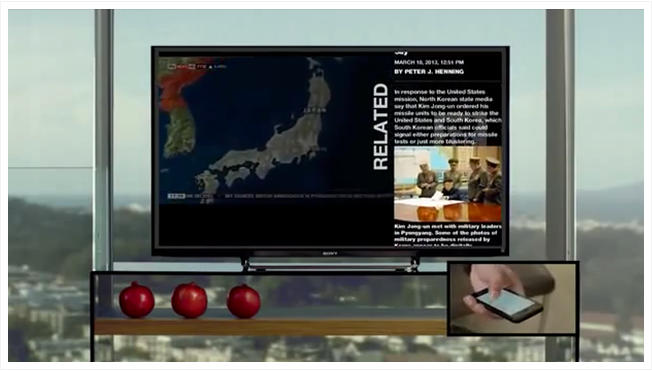 TOUCH
The InAiR app, available for free on iOS, Android and Windows, allows you to turn your smartphone, tablet or smart watch into a remote control. 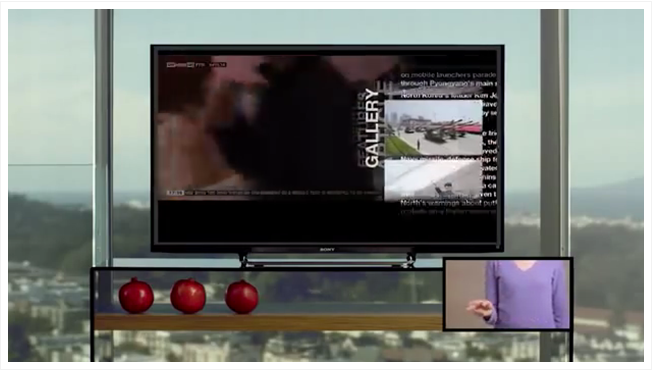 GESTURE
When you pair InAiR with Kinect or Leap Motion, you can manipulate the content on your screen with a simple wave of your hand.

If InAiR sounds like something out of a science fiction movie—Minority Report, for example—there's good reason: one of our founders was part of the team that designed the special effects for the 2002 movie starring Tom Cruise, and our interface does bear a pretty uncanny resemblance to some of the devices in that film, supposedly set in the year 2054.

But the technology needed to turn science fiction into reality isn't 40 years away: it's available today! At SeeSpace, our thinking is: why keep that power hidden away when it could be out in the world, giving viewers everywhere the opportunity to engage with their media on a whole new level? 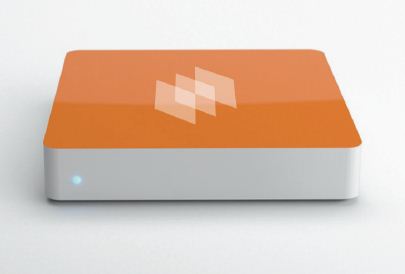 That's why both the 2D and 3D versions of InAiR are available at retail prices that make them accessible to consumers of a wide range of incomes and viewing needs.

The SeeSpace team is laser focused on delivering the first inAiR units in November to our nearly 1,400 Kickstarter backers. Our development team has doubled in size in the past few months to 15 engineers, we're working seven days a week, and we are finalizing our production schedule. A few milestones reached in the last few months:

Check out this video: Leap Motion control from your mobile phone!

InAiR has come a long way since the idea was born in June 2012, and things have really kicked into high gear in 2014:

At the start of January, we launched InAiR at the International CES, a global consumer electronics and consumer technology tradeshow. 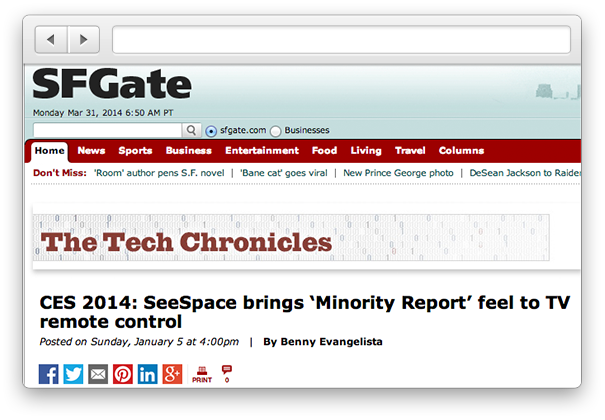 In March, SeeSpace wrapped up a successful Kickstarter campaign, blowing past our original $100,000 goal to ultimately raise nearly $180,000 from 1,400 backers who believe in the InAiR product and are excited to become our very first customers. 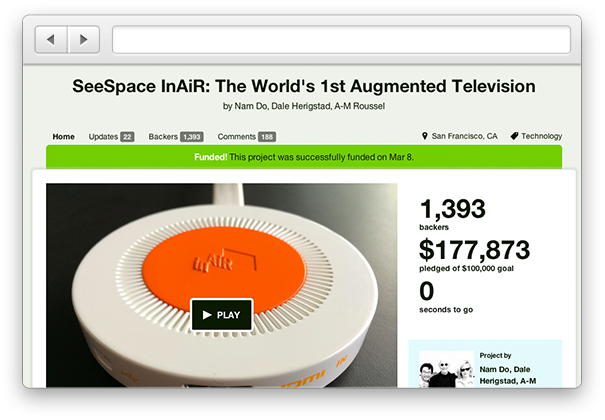 The SeeSpace team has recently put in place key partnerships with companies that will give us access to the data, social feeds, closed captioning, channel guides and more that will populate the InAiR viewing experience.

Version 1 of the InAiR product is fully built, and we're in the process of developing version 2, with the goal of releasing it by Q2 of 2015. We expect to sell over 8,000 by the end of 2014, and then it's onward and upward from there!

SeeSpace was co-founded by a diverse, Hollywood-meets-Silicon-Valley dream team with the perfect blend of passion, innovation and expertise to take the tech and entertainment worlds by storm. 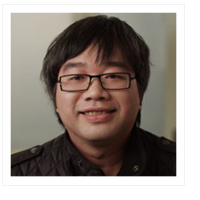 The Startup Mastermind
Nam Do is serial entrepreneur with a proven track record of successful startup experience. He is the co-founder of Emotiv Systems, a world leading brain-computer interface company that raised $1.6MM on Kickstarter last year. Nam was born in Vietnam, went to university in Australia and now lives in San Francisco. In his free time, Nam is a fan of Formula 1 races and modern architecture. 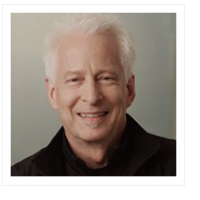 The Design Guru
Dale Herigstad is a four-time Emmy Award-winning designer and veteran screen interface designer. Dale’s work includes leading the creation of three on-air info and branding systems for CBS coverage of the Winter Olympics (92, 94, 98), and collaborating in conceptual work for the movie Minority Report. Dale was born in the US, lived and worked in Hollywood for 33 years and is now based in London.Even when he is not working, Dale is the constant lookout for strikingly cool objects and graphics – and anything organically grown. 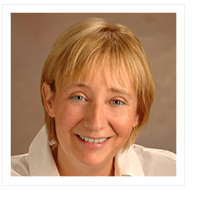 The Venture Powerhouse
Anne-Marie Roussel is a serial investor, intrapreneur and venture capitalist with Illuminate Ventures. She served as a corporate venture executive for Microsoft Xbox and Sharp TV, where she invested in media startups and handled media partnerships. Before that, she was a VP at Gartner Group where she launched several successful ventures. Anne-Marie was born in Paris, went to college and graduate school in the US and is now based in San Francisco. In her free time, Anne-Marie is forever tasting and collecting wines from around the world.