The Crunchy Condiment Company has been making waves in the food industry with our delicious, crispy, crunchy toppings. Our star is the Onion Crunch topping -- America's first kosher pareve and vegan crunchy onion condiment! Onion Crunch is a delicious addition to just about anything: hot dogs, hamburgers, salads, pizza, chili, eggs, dips... the list goes on and on.

Even celebrity chef Josh Capon has professed his love for Onion Crunch:

Onion Crunch is carried in 13,000 grocery stores and convenience stores, available in college dining halls and sports stadiums, and is rapidly becoming a staple in pantries across America.

Great question! Onion Crunch is awesome because we use awesome ingredients to ensure that every little bit is crispy crunchy nirvana. Sweet onions are cut, battered, lightly fried in vegetable oil and seasoned to perfection. No mystery ingredients necessary: just onions, palm oil, wheat flour and salt. And again, it's all kosher pareve and vegan -- and it's GMO-free! There are four delicious varieties of Onion Crunch: Original Roasted, BBQ, Bacon, and Chipotle.

We've designed our packaging to ensure you can get your fix with ease. The clear canister provides 100% product visibility, so you know when you're running out! Our flip top lid makes it easy to shake it on, even if you're balancing a fully loaded paper plate in the other hand. With a shelf life of up to a year -- and an addictive crunch that will practically guarantee eating 'em up well before that -- Onion Crunch has rapidly become a must-have. 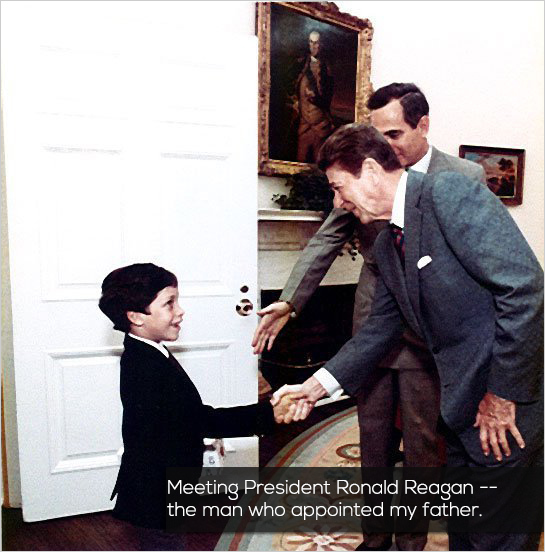 Between 1981-1983, my father John Langeloth Loeb served as the United States ambassador to Denmark. I was a child, but I still have vivid memories of living in the Scandinavia. One of my strongest memories is walking throughout the streets of Copenhagen and observing people devour their Danish dogs. Danish love their hot dogs, but the favored toppings and condiments are not the traditional American favorites -- ketchup, mustard, relish. The signature of the Danish Hot Dog is the crispy fried onions poured over the frankfurter. The delicious combination of franks and crunchy fried onions made a lasting impact on me as a child. 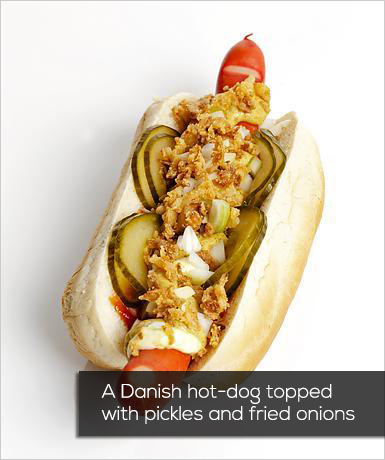 As an adult, I returned to Scandinavia, and discovered that from city to city and region to region, the culture amongst Danish hot dogs has not changed one bit. I knew that I had to introduce Americans to this unique style of dog, but had yet to find a solution.

It took me several months to develop a business plan, but with the help and support of many individuals -- including my fiancée, Sofia -- I finally launched my pilot project in 2011: Onion Crunch. 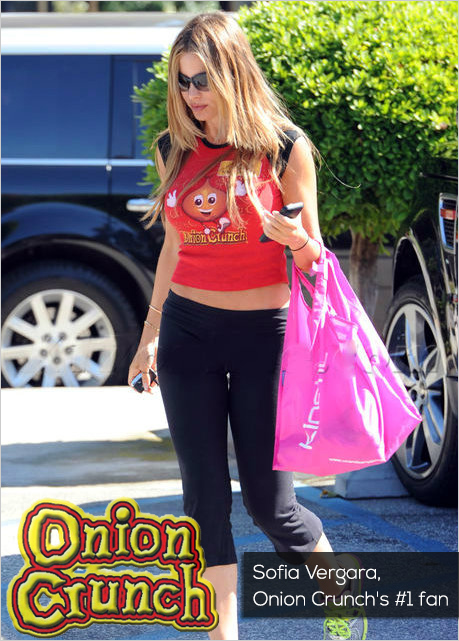 It was important to me that my condiment have the same taste and flavor as the fresh fried onions served in Denmark. Thus, Onion Crunch is made from fresh sweet onions that are peeled, washed, cut and battered in order to create a perfect crispy onion topping. The process in making the crispy fried onions is simple: specially selecting sweet onions and frying them in high-quality vegetable oil, and later seasoning them to give them an absolute delicious taste. In order to keep the taste authentic, I decided to import the fresh fried crispy onions from Europe and bottle them in New York.

Since the initial product launch, Onion Crunch has gained much popularity amongst the public, but it wasn’t easy. I started contacting restaurants, supermarkets and several other venues to give the condiment a try. I sent e-mails, made phone calls and began to receive replies. Virtually every business who gave the product a taste, completely fell in love and craved more. 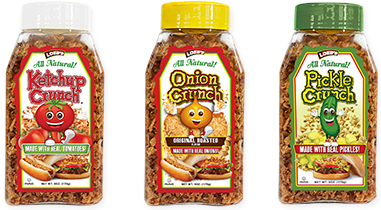 In 2012, Onion Crunch launched three new flavors deviating from the original onion taste: Bacon, BBQ and Chipotle flavored Onion Crunch. These flavors have gained the same popularity as the original Onion Crunch flavor. Our team has been hard at work, not just spreading the word about Onion Crunch, but laying the foundation to ensure that Onion Crunch isn't a one hit wonder. The Crunchy Condiment Company will grow to include a full array of delicious toppings, with the upcoming release of Pickle Crunch and Ketchup Crunch.

Since launching the original, roasted Onion Crunch in 2011, we have seen an incredible rate of adoption. With the business based in New York and our #1 fan in Hollywood, Onion Crunch has been gaining new converts every day from coast to coast.

Through our SEO efforts we have become the #1 hit on Google for "crispy fried onions," beating out French's

Altogether we have over 60,000 fans on various social media channels

Our newsletter has over 25,000 subscribers

Onion Crunch has been reviewed by over 130 blogs

Auntie Anne's, Nathan's, and McFadden's and many other restaurants include Onion Crunch as an offering

We have realized over $5MM in gross sales

Onion Crunch is available at over 13,000 retail locations, including Costco, Whole Foods, and others pictured below: 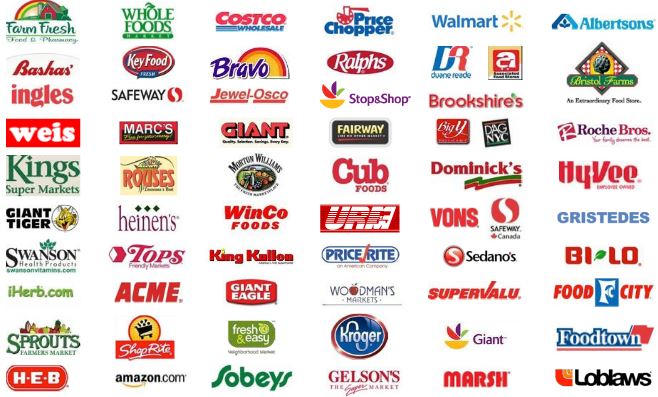 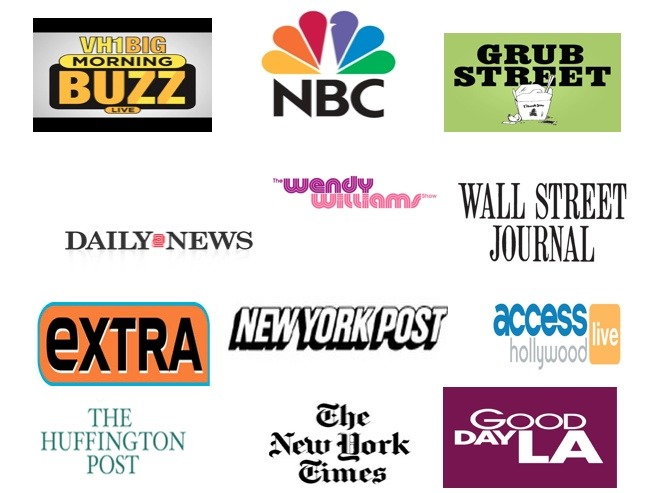 Tim worked as the head of global business development for The Dannon Company, leading their brand launches, licensing and global partnerships. While at Dannon, Tim acted as the managing director over the Activia Brand launch, the most successful new product launch in US grocery. Tim was the Chief Merchandising Officer Marketing Officer for Harry and David, leading the storied multi-channel retailer and food manufacturer through a $500 million dollar turnaround and recapitalization, accomplishing one of the most successful turnarounds in US history and returning the 75 year old brand to profitability.

Most recently, Tim has held the position of Executive Vice President for Zero Point Zero Productions, a multi Emmy award-winning production company. In this role, Tim oversaw the establishment of the consumer products partnership with CNN, HBO and Scripps Network, the establishment of a social media and marketing services group and lead the re-capitalization and financial restructuring of the organization. While at Zero Point Zero, Tim tripled revenue, an increase in profitability of $10 million dollars and the expansion from 25 employees to over 200 employees in three offices. Tim graduated from Skidmore College, BS Finance with Honors, and has earned continuing certificates at Wharton Business School, Columbia University and University of Chicago.

Mr. Loeb began his career working at Universal Studios in corporate development and motion picture finance before forming IPC (International Production Company) where he produced an MGM film (THE SMOKERS with Quincy Jones) and a documentary series with Executive Producer Barbara Streisand, THE LIVING CENTURY. He then formed Loeb Investments, a private investment company focusing on real estate and small ventures. After his move to Florida, Mr. Loeb worked at Lehman Brothers in a business development capacity, making introductions and generating deal flow to the firm’s wealth management, investment banking and real estate divisions. He was invited to speak at Tulane University to the MBA students on the highs and lows of private banking. He then founded Carbon Solutions America (CSA) where he previously served as a Managing Partner. CSA provides climate change advisory services to corporate and government clients and now serves on their board of directors. In 2006 he formed Loeb’s Foods and began to develop his latest venture, the brand Onion Crunch. He finally launched in April of 2011, securing his first customer and within a year was able to get Onion Crunch into over 7000 stores generating over a million dollars in revenue. He earned a Bachelor of Science in Management and Finance from the A.B. Freeman School Business at Tulane University in 1998.

Sylvia Wulf
Senior Vice President, Center of the Plate, at US Foods