UNYQ has made some incredible progress since closing this Fundable round. To capture all of our amazing updates, we're excited to announce that we've launched a brand new profile on Fundable.

Click here to visit our new profile, get the latest updates about our UNYQ progress, and to find out how you can be a part of our success!

Introducing UNYQ: the new technology and design company on a mission to infuse some much needed personalization and personality into the world of prosthetics and orthotics. 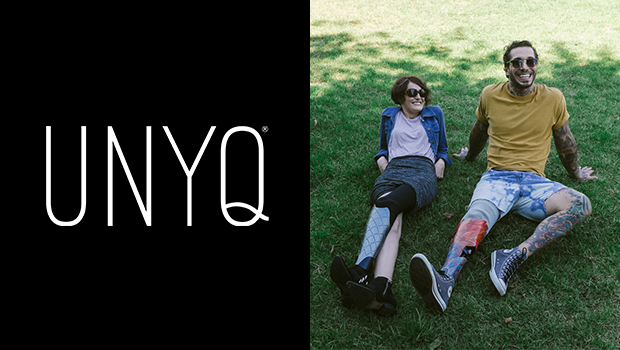 To the amputees that wear them, prosthetic limbs are much more than just accessories — they’re an extension of your body - and of who you are, as well. UNYQ harnesses state-of-the-art 3D printing and photogrammetry software to create beautiful custom prosthetic covers that offer prosthetic leg wearers unprecedented levels of protection and comfort — and look good doing it.

Hundreds of prosthetic wearers worldwide have already discovered UNYQ. Soon, we’ll be adding orthotics to our lineup, and bringing the personalization, customization and affordability that only 3D printing technology can provide to orthotics wearers around the world.

Like any corrective device, from eyewear to hearing aids, prosthetics and orthotics need to be personalized in order to meet the needs—and personality—of the person wearing them. But traditional manufacturing methods don’t lend themselves well to customization: the process is time-consuming and expensive, and more often than not, the results are uncomfortable, unflattering—and uninspiring.

All of that is changing, though, thanks to a little thing called 3D printing. Over the past few years, 3D printing has unlocked never-before-seen levels of innovation in pretty much any manufacturing-based industry you can name—and prosthetics is the perfect area for 3D printing to shine. 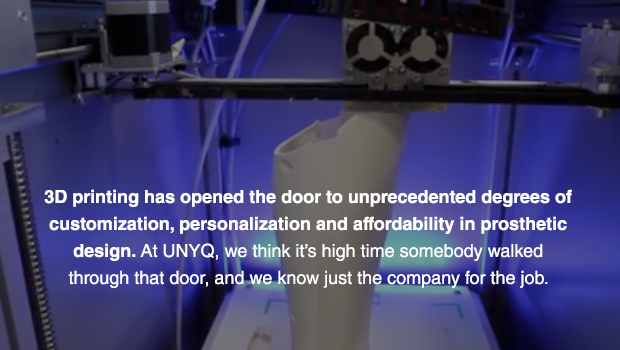 Welcome to prosthetics and orthotics the UNYQ way. No more compromises. No more fake-looking silicone covers. Forget everything you know about prosthetics, because at UNYQ, we’re changing the game once and for all. 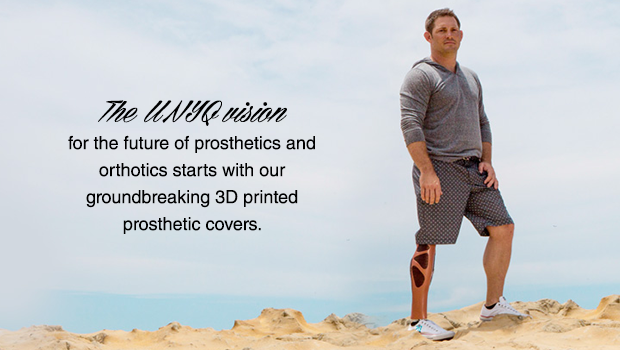 Prosthetic covers, also called fairings, are removable accessories for prosthetic limbs. Fairings provide a much-needed layer of protection for the limb itself, which cost tens of thousands of dollars and often involve complex and sensitive technology.

But fairings do more than just protect the prosthetic: they also help to restore symmetry, fill out pant legs - and beyond the purely aesthetic considerations, fairings can be a powerful way for prosthetic wearers to express their personality and tell their story — sort of like you would with a tattoo.

UNYQ fairings are gorgeous 3D-printed accessories that wrap around your prosthetic leg to restore your shape and define your signature style.

Our boutique studios in Seville and San Francisco have an eye for fashion and the latest trends in the prosthetic world and beyond. Our customers can choose from more than 15 styles and 50 color combinations

At UNYQ, we’re not about one size fits all - we’re about fits for all sizes. Each UNYQ cover is custom-made for the wearer using mimic the shape of the intact leg, and reflect their personal style and point of view. UNYQ fairings are available for both above-knee and below-knee amputees, and work with any prosthetic leg.

UNYQ uses cutting-edge 3D printing technology from leading 3D printing pioneers including 3D Systems to manufacture each of our fairings, and state-of-the-art photogrammetry software to ensure that each fairing is made exactly to measure.

UNYQ already sells and ships all over the world. We also have a growing global network of partner clinics that are specifically trained and qualified to fit customers for their UNYQ covers. We call these clinics UNYQ Hubs, and there are already Hubs on every continent except Antarctica.

The Internet has brought levels of personalization, customization and convenience to shopping for almost anything you can name - why should prosthetics be any different?

With UNYQ, we’ve designed an online ordering process that leverages all the best that the Internet has to offer to put our customers in the driver’s seat of designing and ordering their perfect prosthetic cover. For those looking for a bit more guidance to make sure they get the absolute best fit, our UNYQ Hubs offer a team of highly qualified prosthetic professionals standing by to provide all the support they need.

From there, state-of-the-art 3D printing technology takes over to ensure that, when your fairing is delivered to your door is 100% uniquely yours.

Step 1: Design
Browse designs in our catalog or online to find your perfect prosthetic cover. We can accommodate special color or design requests.

Step 2: Snap & Share
Once you’ve selected your design, we’ll ask for a few measurements and digital photos so that we can create a cover that is specially fitted just for you. Or, head to one of our UNYQ Hubs to be professionally fitted for your fairing.

Step 3: Print
Every UNYQ cover is made to order using the most advanced technologies in 3D printing and the highest-quality materials available.

Step 4: Ship
Once it’s ready—typically within 4-8 weeks—we’ll ship the prosthetic leg cover to your address.

UNYQ has already helped close to 400 customers to add some personalization and style to their prosthetics. Here’s what just a few of them have to say about their experience with UNYQ: 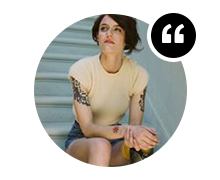 “Losing a limb can have a devastating impact on your sense of self esteem.UNYQ gives us the freedom to create our own fashion statements and express who we are with confidence.”
Katherine Crawford, Actress 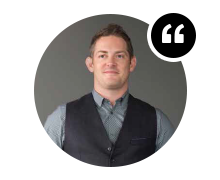 “It lets me build an extension of myself through the prosthetic, and not hide who I am... This is definitely the next step in prosthetics”
Travis Ricks, Sr. Program Manager, Challenged Athlete Foundation 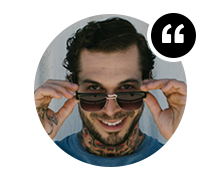 From sales and marketing to products, partnerships and press, UNYQ is firing on all cylinders, and it’s all momentum building toward even bigger and better things to come. Here’s a quick play-by-play of the most exciting developments at UNYQ so far:

UNYQ has already sold to close to 400 customers worldwide, and we have a growing community of engaged followers on Facebook (4,200+) and Instagram (1,400+), as well as a growing subscription for our newsletter (2,600+) 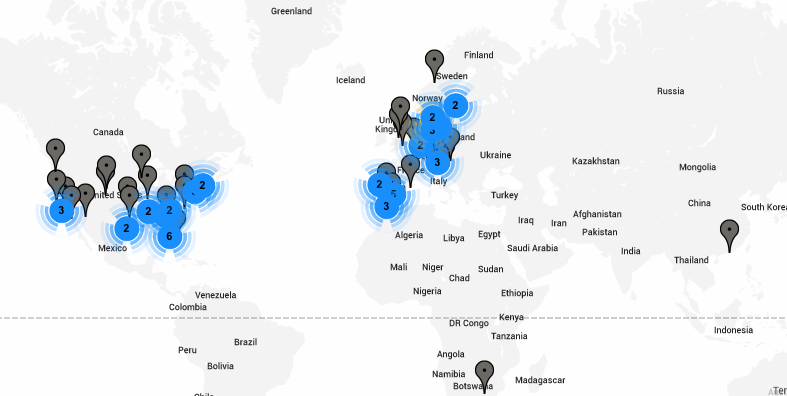 UNYQ’s line of prosthetic covers for above-knee amputees launched in May 2014. We followed that up with covers for below-knee amputees in July. Soon, we’ll be expanding our offering yet again with a line of orthotics product portfolio, including one product in the prototype phase with a pilot launch planned for Q3.

UNYQ is proud to partner with with 3D Systems, the largest 3D printing technology firm, to create our one-of-a-kind covers. Our partnership with 3D Systems includes funding, licensing and product development collaboration.

We’re also in final discussions with two leading prosthetic companies for partnership agreements that cover distribution and access to close to 1,000 clinics and access to the largest single sales force in the industry of close to 500 sales reps and 100 locations.

UNYQ is also proud to be an official vendor for the US Department of Defense and Department of Veteran’s Affairs, both of which are actively purchasing our products.

The press is already buzzing about UNYQ and our revolutionary take on prosthetic covers. We’ve been featured in the Washington Post, Huffington Post, Forbes, GQ, LA Times and ABC, just to name a few.

Up next for UNYQ: expansions to the UNYQ product line including our new orthotic products and some technology and design improvements to our existing prosthetic line. For more information about the future of UNYQ and how you can be a part of it, please request access to to the Business Plan page of this profile!

The founders of UNYQ, CEO Eythor Bender and CCO Manuel Boza, met in 2003 while they were both working for Ossur, a global leader in the prosthetics market. 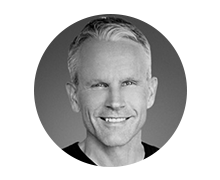 Eythor Bender was president of Ossur Americas for years, unveiling the world’s first three bionic prostheses and sponsoring elite amputee athletes who compete wearing the Flex-Foot Cheetah®. His passion for restoring mobility and healthy lifestyles to people with limb loss or disabilities led him to then become CEO of the world’s first bionic suit companies: Ekso Bionics and Rex Bionics. Ossur, Ekso Bionics and Rex Bionics are all publicly traded today. 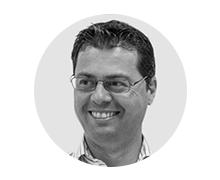 Manuel Boza, an engineer who specialized in robotics and an above-knee amputee, was managing Ossur’s sales in Southern Europe when he became captivated with 3D printing. He had always had a problem with the silicone and PVC cosmetic finishes offered to amputees and it was his search for a better solution for prosthetic covers that led to the creation of UNYQ. 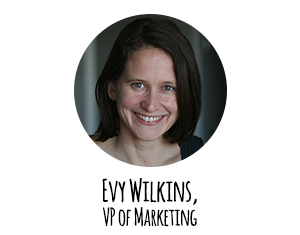 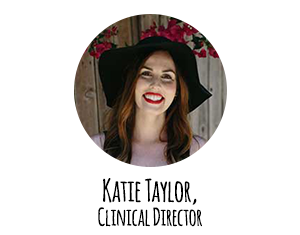 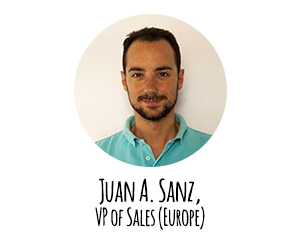 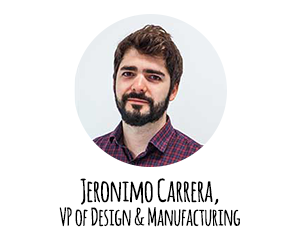