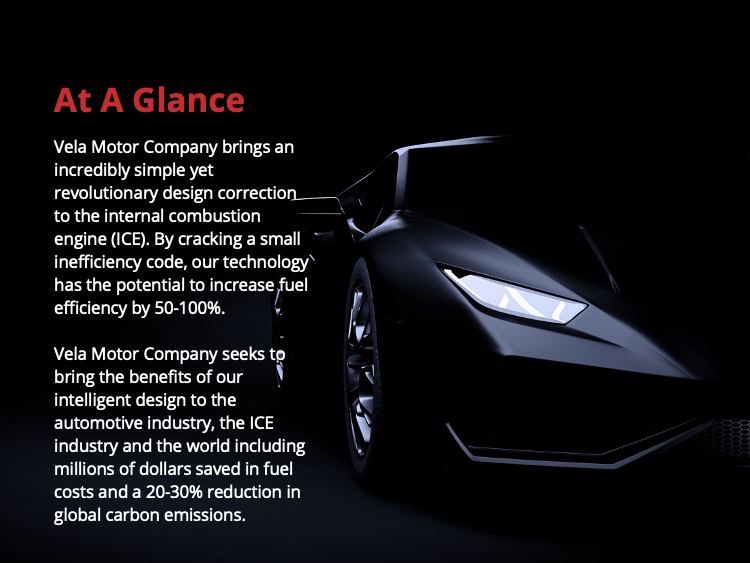 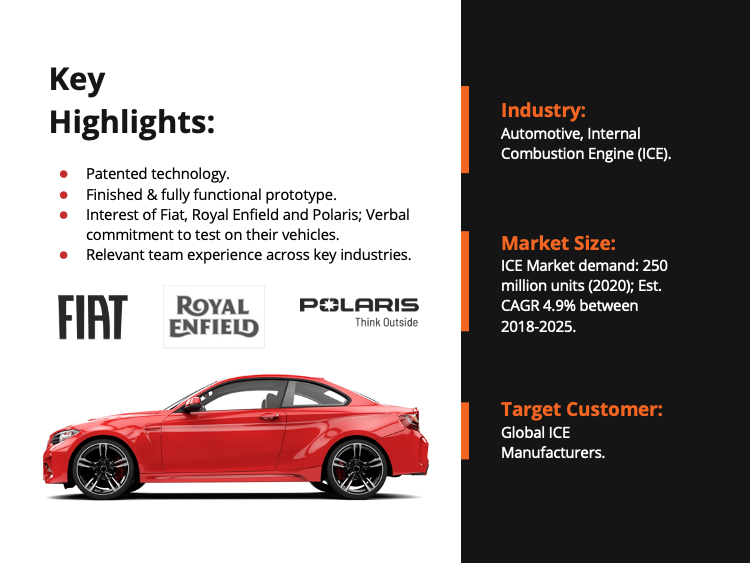 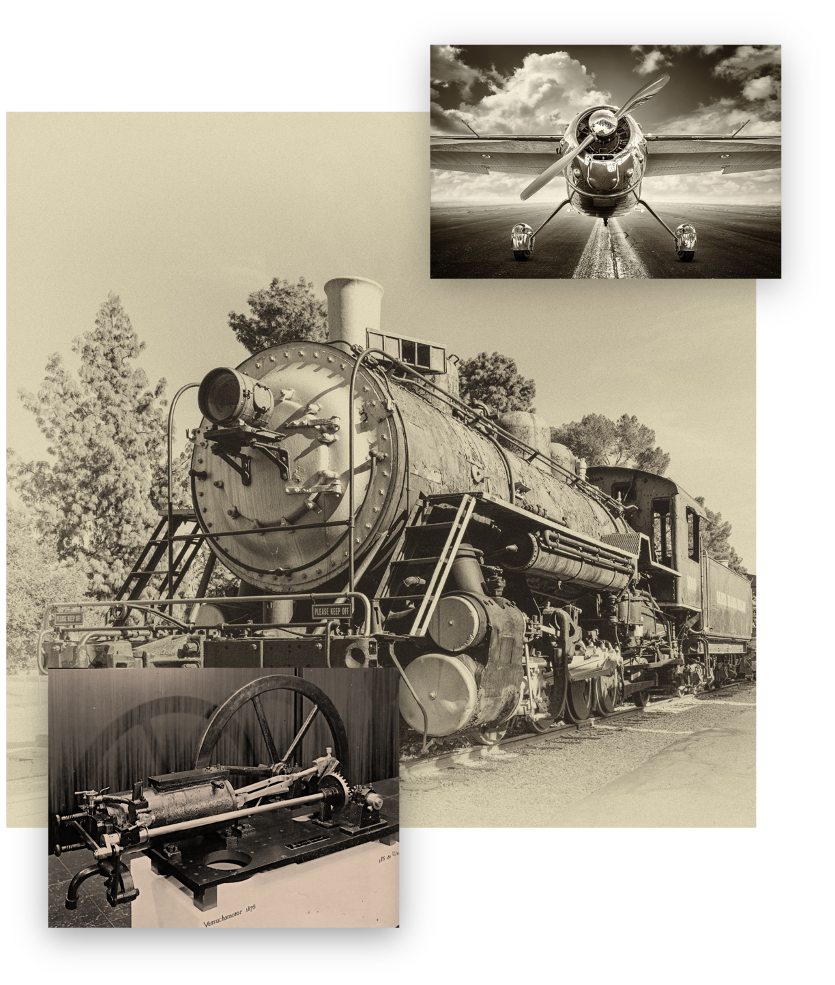 The internal combustion engine has been around for nearly 150 years and is almost exactly the same as when first developed by inventor Nikolaus Otto in 1876.

With the industrial revolution and rise of the automotive industry, ICEs power nearly every machine imaginable including cars, ocean liners, trains, tractors, golf carts, lawn mowers and even chainsaws.

With such a ubiquitous piece of technology powering our everyday lives, it’s incredible to think that it has remained largely unchanged for over one hundred years. 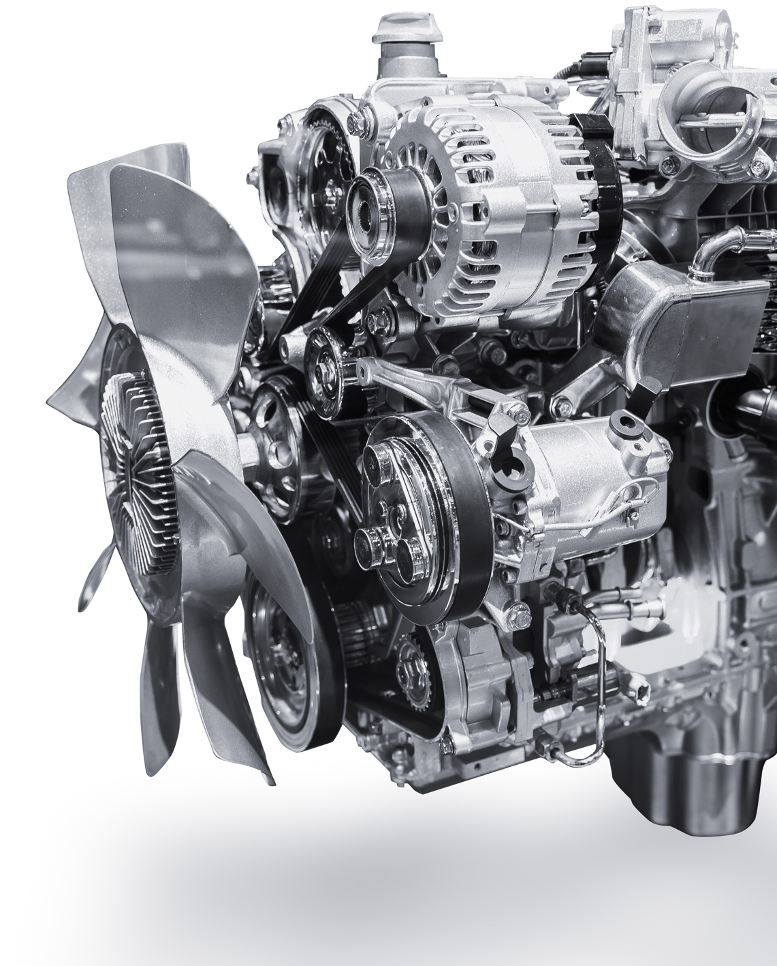 With only 15% of the energy from fuel being used to power a car,

ICEs have yet to reach even half of their potential. This lost energy results in inefficiencies which increase fuel usage and contribute billions of tons of carbon emissions into the environment each year.

Vela Motor Company has made significant steps toward achieving greater fuel efficiency, more than any other design is capable of. Our product is a remarkable breakthrough in the standard function of internal combustion engines.

With a simple solution to a small design flaw in the engine’s piston, our product has the potential to increase the fuel efficiency of ICEs by 50-100%.

Our product not only achieves remarkable gains in fuel efficiency, but paves the way toward more environmentally sustainable engines, less fuel usage and therefore less costly machines. Even further, we achieve each of these with little effort or cost to the manufacturer.

Attention toward a seemingly trivial component of the traditional internal combustion engine is what allows our product to realize previously unthinkable increases in fuel efficiency.

Unlike the typical four-stroke engine, which combusts when the piston is just before top dead center (TDC), our design allows the piston to remain fully extended past TDC, leading the explosion to push the piston at an optimal angle to produce maximum energy
with each rotation. 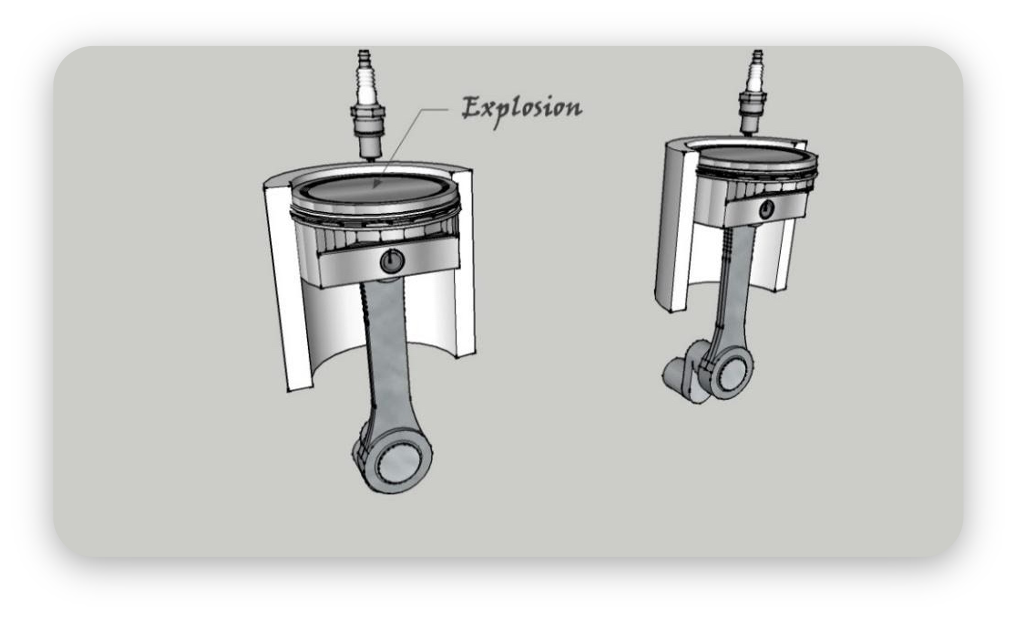 Using this approach, our product results in 50% efficiency gains for engines with existing fuel-saving technologies and 100% gains for all other engines. 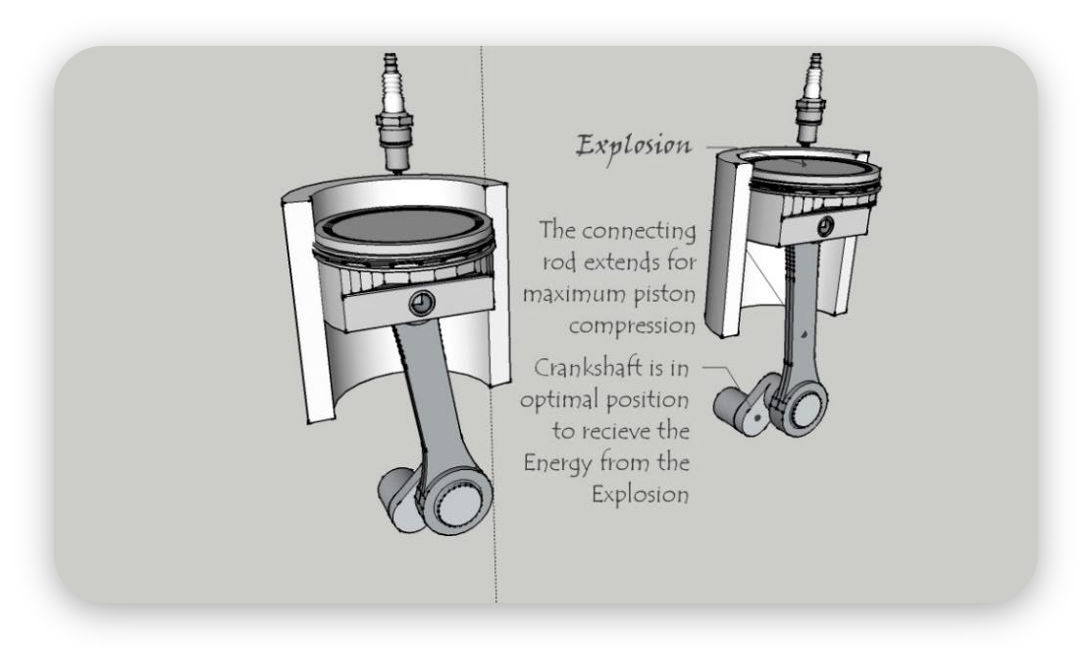 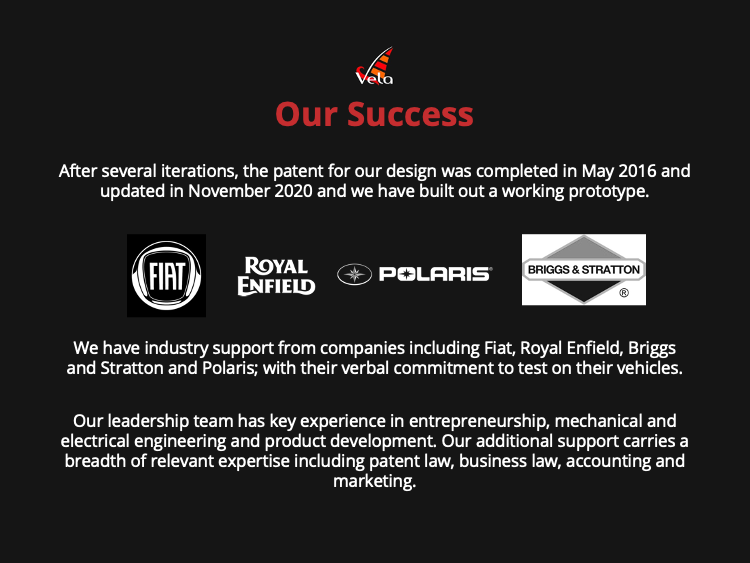 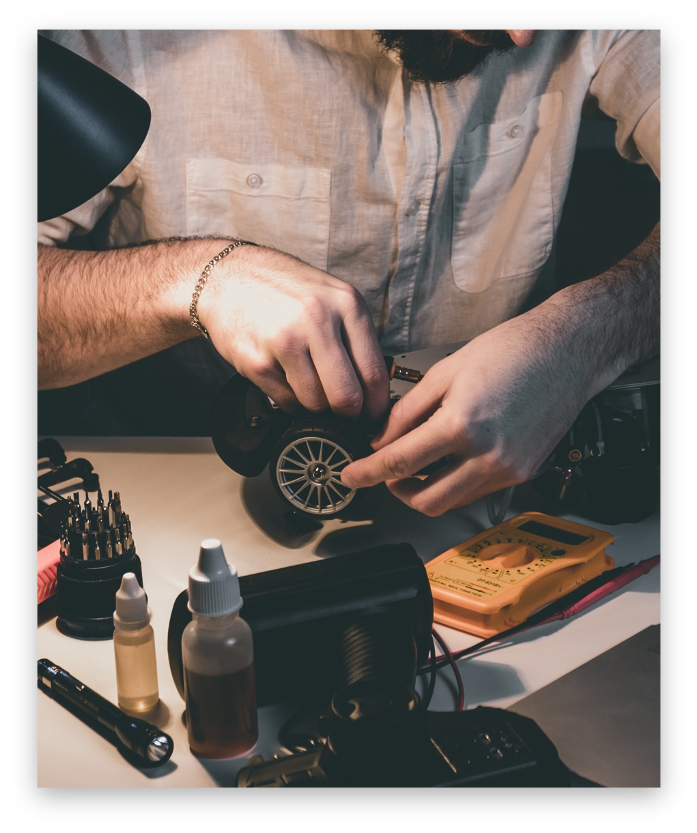 As a young boy growing up in Argentina, Luis Velazquez had a knack for taking things apart, figuring out how they worked and then making them better.

When his father gifted him a crystal radio set, Luis tinkered with it until discovering a way to boost its signal, then turning this knowledge into a business which he later sold to pursue his education in Buenos Aires.

Luis’ talent for uncovering design flaws and fixing them led him to be the first inventor to put a digital display on a stove, increase the efficiency of hot water heaters and other household objects and even improve the lenses in disposable cameras.

Many years later, after developing a prototype to increase the efficiency of the bicycle for his son’s performance as a triathlete, Luis realized that his invention was certainly an unfair advantage, but the idea didn’t die there...

In an auto-mechanics class a few years later, Luis was struck with the realization that the same design flaw in the bicycle applied to gas engines as well. He then worked to develop a solution and, in May 2016, his first design patent was approved.

With the help of his business partner, Will Marsh, the pair set out to change the world with Luis’ design. 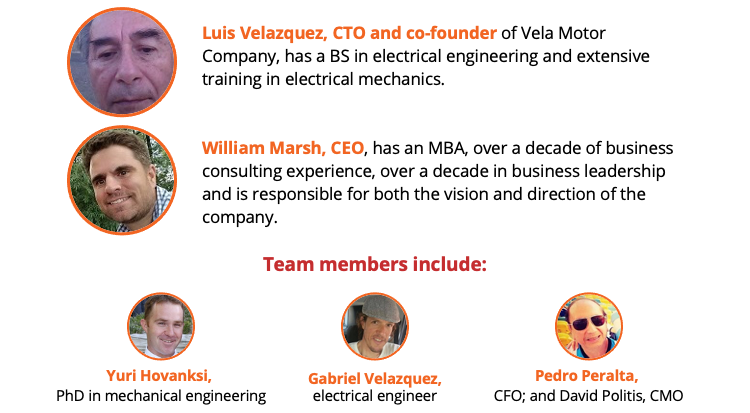