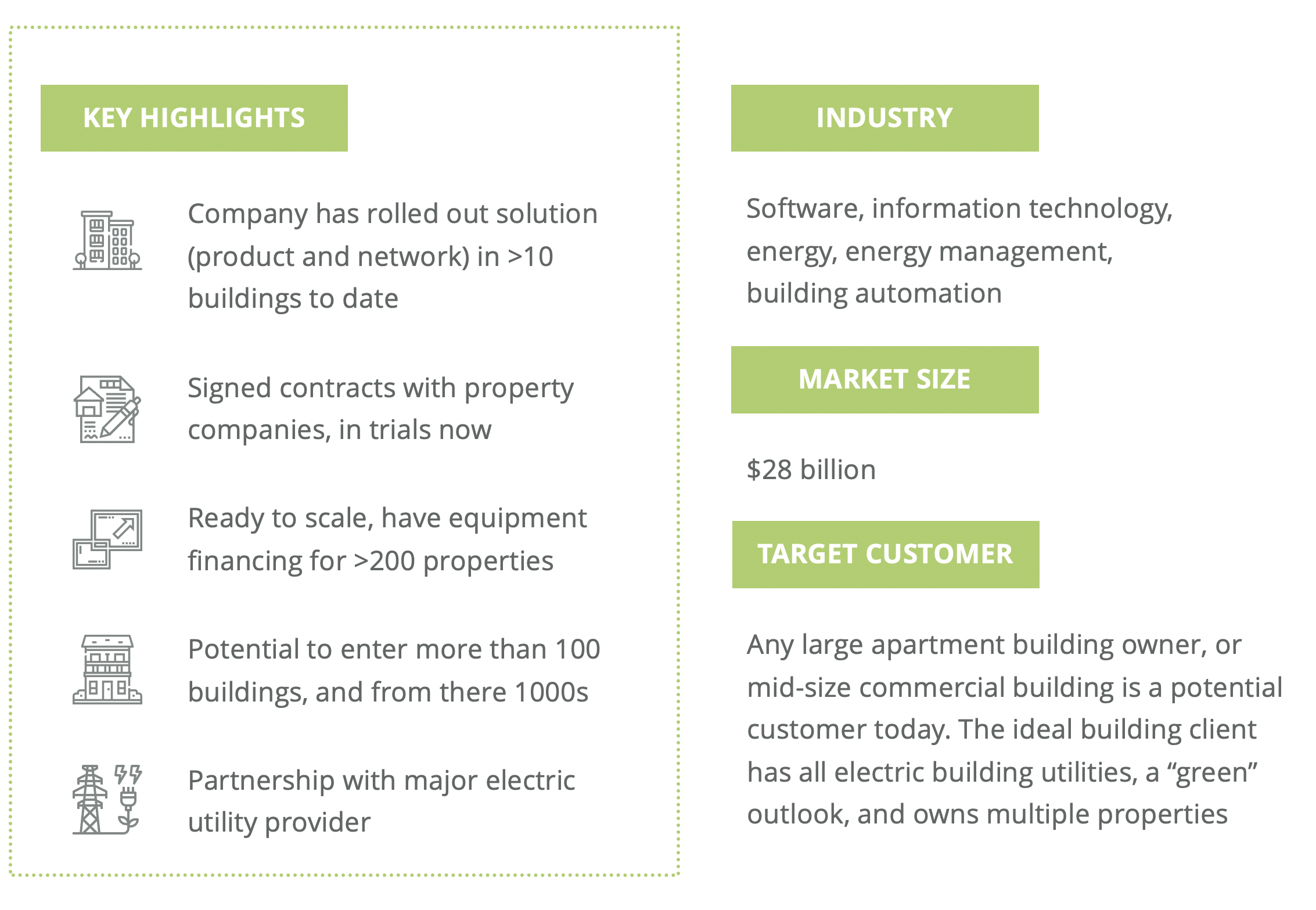 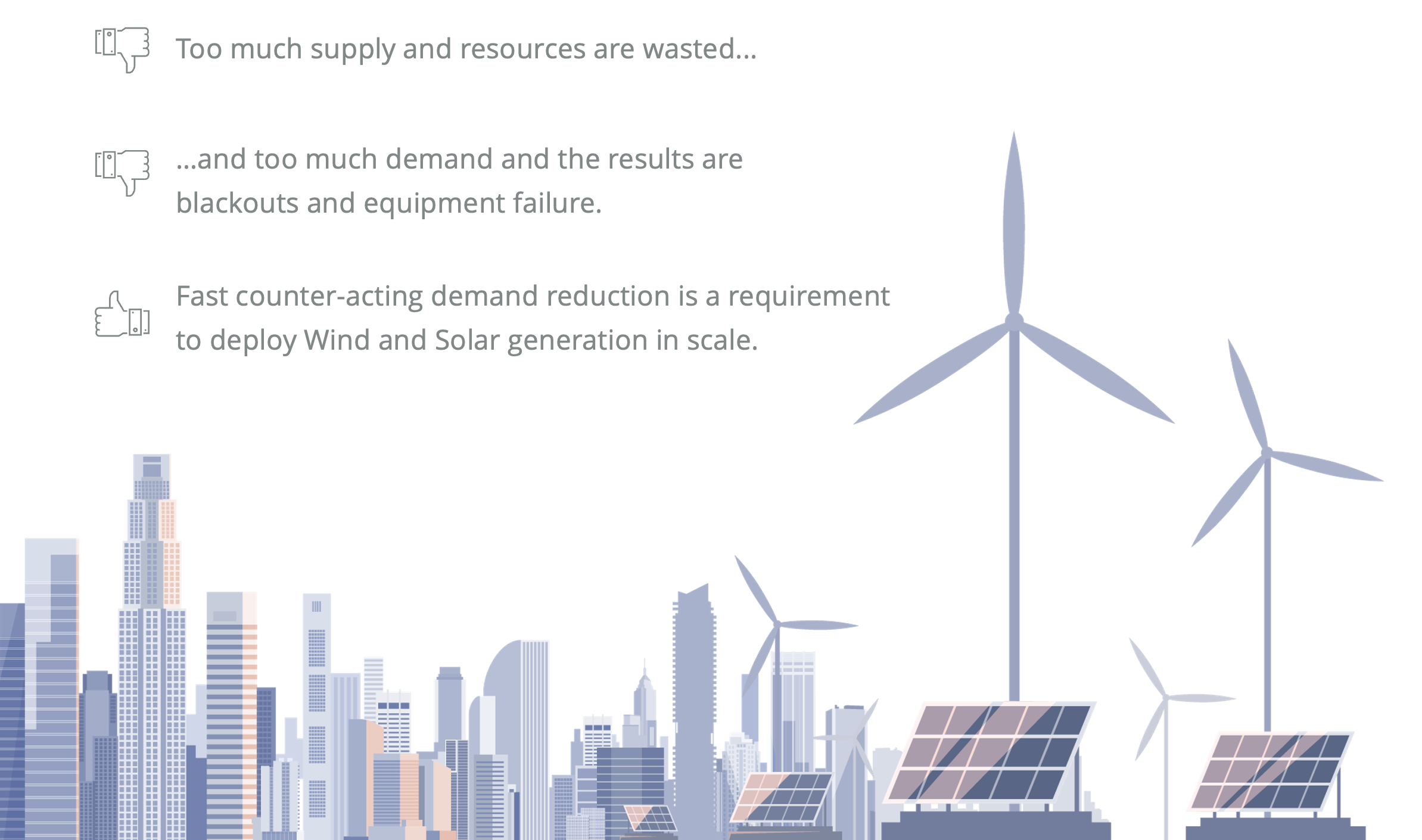 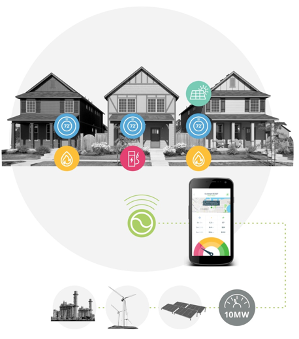 In addition to selling to and satisfying building owners, ZOME helps energy providers balance supply and demand by bridging the evolving energy ecosystem and consumer smart energy devices (and gets paid for doing it).  ZOME uses cloud computing, algorithms they have developed in the field that work, and API-interoperability with low cost IoT equipment (like smart thermostats) to connect and control smart energy devices directly with the electric grid and energy markets.

ZOMEKIT for Apartments Demonstration from Chris Craig on Vimeo.

ENERGY INFRASTRUCTURE FOR SMART BUILDINGS
Key Features / How It Works

ZOME enables profitable energy management that helps the deployment of renewables by:

Our ZOMEKit solution connects smart thermostats and networked on/off adapters for hot water heaters to our custom network and connects them all together, both in the building and out to the cloud.

We interface to the energy wholesale market, know when they pay for “demand response” and ”ancillary services” and signal thermostats and hot water heaters to adjust when appropriate.

We are paid by the energy market and share the revenue with the building owners and occupants.

ZOMEKit for Apartments from Chris Craig on Vimeo.

Note to viewers: this video was shot after the first building installation.  The ZOMEKit system has been installed for 18 months now in all five buildings described in the video

PRODUCT
Successfully delivered and operated ZOMEKit, which has won numerous awards, including “Best of Innovations” (Best of Show) at CES 2019.

REVENUE
ZOME will do $300K in revenue in 2021 (all booked), and now fully registered in the top five USA energy ISO markets for 2022 revenue.

CUSTOMERS
We have installed in >10 buildings, the current Q4 installations are pilots with three property companies that total over 200 buildings to move into next

PARTNERSHIPS
We work in partnership with  an electric utility that is a well-known leader in smart energy.  We have two non-dilutive capital grants from the Dept. of Energy

Dr. Alex Papalexopoulos is the CEO & Chairman of ZOME Energy Networks. Dr. Papalexopoulos is was also the founder of ECCO, one of the top energy market designers in the world. He is also an IEEE Fellow, has developed much of the ISO market system in the USA, and has designed energy markets on four continents.  Dr. Papalexopoulos literally wrote the book on the exact set of complex energy wholesale markets ZOME is uniquely using to monetize energy efficiency/ management.

Brad Kayton is ZOME’s COO and co-founder. Mr. Kayton has a long background in networked devices and IoT, having co-founded both 2Wire, Inc. ($700M in annual revenue at its peak) and 4Home (smart home control platform), which was adopted by Verizon and later acquired by Motorola, then Google. He has been involved with over 50 financings totaling over $300M, has co-founded six companies, has been the first angel investor in over a dozen companies, and has 13 patents to his name.

Sam Wynn is ZOME’s VP of Sales and Buildings Deployment.  Mr. Wynn, raised in an apartment building owning family, is primary responsible for the sales pipeline ZOME has amassed.  Mr. Wynn has a successful history in technology sales as well as an IT background especially in IoT and digital security.