This week, we highlight two companies experiencing incredible growth and moving into large-scale production, catching the eye of key partners like Microsoft Ventures and PBS. 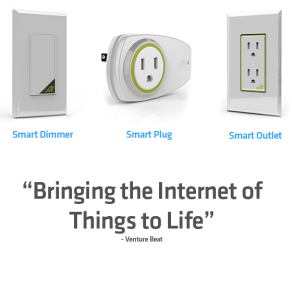 Plum (formerly Ube) allows people to control and monitor their electricity via smartphone from anywhere in the world. Their line of wi-fi enabled Smart Dimmers, Smart Plugs and Smart Outlets has gone through beta testing and is now being installed in external beta homes.

Since launching last March, the Plum team has sold over 5,000 units ($625,000 in total pre-sales) and closed an initial $760,650 funding round. Plum was recently selected from almost 500 companies by Microsoft Ventures to be one of 10 companies to participate in their Connected Home Accelerator. The team is also a finalist in the Cisco Internet of Things Challenge.

The Plum team is moving into a series A round after they close their current bridge round, which is already oversubscribed (currently 105% funded with $525,000 raised from investors). Plum will be closing their bridge funding round in 2 weeks, but is keeping their convertible equity round open to a few final investors through Fundable. 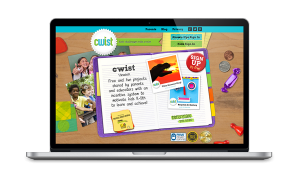 Cwist (kids’ challenges with a twist) is a K-5 online education site that allows parents to use incentives—such as a new toy, a sleepover, or a skateboard—to motivate kids to complete learning and active play challenges. In an increasingly digital world, Cwist provides an online scoreboard to incentivize good behavior from kids.

Cwist has recently won 3 industry awards, including a Parent’s Choice Gold Award and has a seal of approval from the National Parenting Center. With $100,000 already committed from investors, they are preparing to ramp up product development and marketing.